Don't be fooled by the figures from the NSW government – supply of public housing has not kept up with demand, writes Hal Pawson. 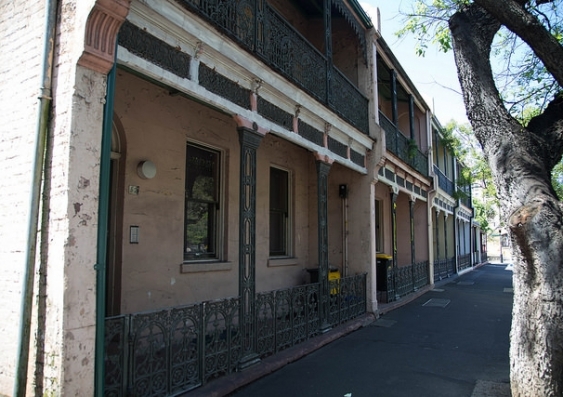 Homes at Millers Point are among the public housing stock sold off in recent years. Photo: Chris Hoare/Flickr

OPINION: According to figures published this week, the NSW government has managed over the past few years to build more public housing units than it has sold to raise revenue.

Considering the intensifying shortage of affordable rental housing in the state, and the financially unsustainable condition of the public housing system, that sounds like good news.

As yet, however, this is not translating into actual portfolio expansion: the state’s public housing stock remained virtually static during this period – 110,214 in 2015 versus 110,221 in 2017. The apparent inconsistency here might be accounted for by public housing demolitions. In any event, it would seem that LAHC has been building a sufficient number of homes only to offset sales and demolitions – not sufficient to increase the stock at all.

And, although the data are not publicly available, it can be surmised that the homes sold will be disproportionately in the inner city (with Millers Point accounting for a distinct component), whereas those added to the stock will be largely in the middle and outer suburbs. This just compounds the effect of the private housing market – pushing lower income people more and more towards the remote urban margins.

The bigger story here is about the longer term inadequacy of social housing construction in terms of keeping up with growing need. Looking at housing stock figures for the period since 2008 – the total number in NSW increased by some 10,000. This was mainly as a result of the one-off gain of some 6000 dwellings under the federal government’s 2009-2012 Nation Building Economic Stimulus Package to stave off the global financial crisis.

Despite this fortuitous circumstance, the gain over this period amounted only to 7%, whereas population grew by around 13%. Keeping up with population growth alone would have called for an increase of 18,000 homes – not 10,000.

Looking to the future, the NSW government has two programs slated to generate additional housing to the tune of some 9900 dwellings over the next decade:

Meanwhile, over a similar 10-year timeframe, keeping pace with recent rates of population growth would call for not 9900 but 21,000 additional (not including replacement) dwellings. 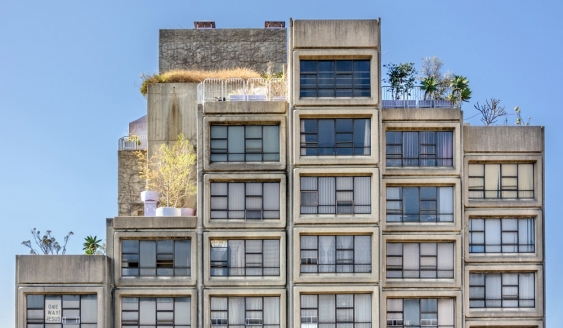 So the stock addition projected under current NSW government plans amounts to less than half the number needed just to stand still – let alone to make any inroads into the existing backlog of need (exemplified by the 60,000 households on the waiting list). And even the assumption that the 9900 “committed” additional social and affordable homes can be unproblematically added to the existing portfolio numbers is likely to prove highly optimistic, bearing in mind the likelihood of ongoing open market sales and non-Communities Plus demolitions.

You also have to ask whether it is realistic to imagine that the Communities Plus program will in fact complete the demolition and replacement of 17,000 homes (and provision of 6500 more) by 2026 – as implicit in the program’s 2016 announcement. The first sod has recently been turned at Ivanhoe, but progress so far achieved in progressing the program’s other “major projects” such as Waterloo, Telopea and Riverwood Phase 2 raises a huge question mark here.

To be clear, though, this is not at all to suggest that renewing worn out estates under Communities Plus is a bad idea – if this can generate brand new public housing in equivalent or slightly increased numbers, that’s definitely all to the good. But the way that government oversells this program by implying that the “23,000 new social homes” are largely a net addition to the stock that amount to a major contribution to redressing the net shortage is highly misleading.

The limitation NSW imposes on itself here is that the cost of new government-supported social and affordable housing must be funded exclusively through “land value release” and not by general revenue.

Thanks to the property boom of the past few years, government has enjoyed a massive revenue bonanza through stamp duty income. Factoring in the level of residential property stamp duty receipts received in 2011/12, the actual stamp duty income recorded in recent years has amounted to a windfall of no less than $18.25 billion in excess of that “counter factual” revenue. And yet none of this booty has been channelled into expanding social and affordable provision for the many lower income Sydneysiders whose stressed housing situation has been made yet more precarious by this turn of events.

Overarching all of this, it also fair to say that not all of the blame for the inadequate provision of social and affordable housing should be attached to state and territory governments. It is the federal level of government that, in 2014, scrapped Australia’s most recent national affordable housing construction program, the National Rental Affordability Scheme. And, realistically, it is only when the national government re-enters this policy space that there is a serious prospect of progress. This week’s budget is unlikely to deliver such an outcome.

Professor Hal Pawson is associate director at the City Futures Research Centre at UNSW Built Environment. This article was originally published by The Fifth Estate.