Is our obsession with the new and gimmicky detracting from architectural quality?

In the next Utzon lecture at UNSW, Finnish architect Juhani Pallasmaa will argue that our obsession with progress is detracting from the quality and emotional impact of contemporary architecture. 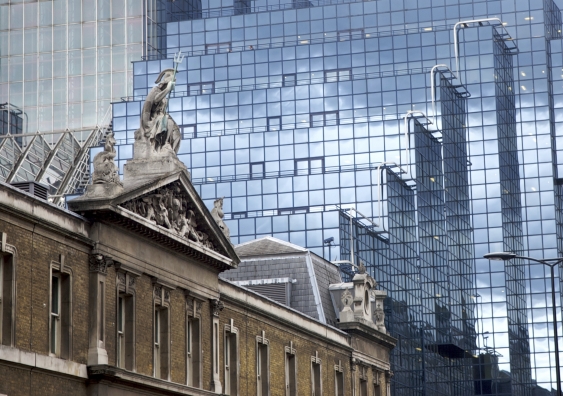 The obsession with newness has never been as unquestioned as in our age of mass consumption and materialism, Photo:iStock

Contemporary architecture often favours the new and gimmicky, but is our obsession with progress detracting from architecture’s quality and emotional impact?

Finnish architect and former Pritzker Prize for Architecture juror Juhani Pallasmaa will next week (13 April) deliver UNSW Built Environment's next Utzon Lecture, in conjunction with the Australian Institute of Architects Foundation, on the sensory and ethical dilemmas facing contemporary architecture.

Pallasmaa is in Australia for the Droga Architecture Residency, an initiative of the Australian Institute of Architects Foundation.

Professor Emeritus at Helsinki’s Aalto University, Pallasmaa says the task of architecture is to defend the authenticity of human experience.

“During the past few decades, uniqueness and newness have become the sole criteria for quality in architecture, design and art. The coherence and harmony of landscapes and cityscapes, and their rich historical layerings are no longer seen as essential objectives of architecture,” Pallasmaa has said previously.

“The fascination with newness is characteristic to modernism at large, but this obsession has never been as unquestioned as in our age of mass consumption and materialism.”

In the Eyes of the Skin, Pallasmaa argues that architecture should be a true collaboration of the five senses and, by engaging fully with the sensory world in that way, architecture can foster a deeply ethical and existential experience of life.

“Architecture should make us see the majesty of the mountain, the patience and persistence of the tree, and the passing smile on a stranger’s face. In today’s world of growing alienation and detachment, we need an architecture that can remythologise, resensualise and re-eroticise the world and fuse us with our very lived reality,” says Pallasmaa.

Bio: Juhani Pallasmaa has held various positions including Rector of the Institute of Industrial Design, Director of the Museum of Finnish Architecture and Professor and Dean of the School of Architecture, Helsinki University of Technology. He has had several visiting professorships in the USA and taught and lectured in numerous universities in Europe, North and South America, Africa, Asia and Australia. He has served on numerous competition juries in various countries and in 2008-14 was a member of the Pritzker Architecture Prize Jury. Pallasmaa has published 45 books and 400 essays, and his writings have been translated into 35 languages. His widely known books include: The Embodied Image, The Thinking Hand, The Architecture of Image: existential space in cinema, and The Eyes of the Skin.

What: Utzon Lecture – Tradition and Newness: Continuity and Meaning in Art