Opinion Out with the NPEA, in with Catalyst

The arts community has been assured that funding will now be distributed in an arms-length, non-political process, writes Joanna Mendelssohn. 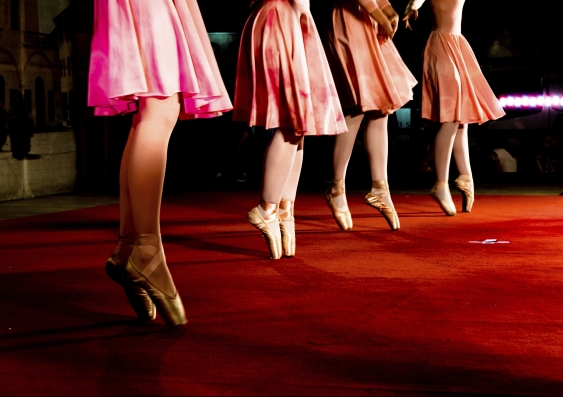 OPINION: The National Program for Excellence in the Arts (NPEA) – the hugely controversial body announced in the May budget by George Brandis to reorder arts funding in Australia – has been renamed and revised.

New Arts Minister Mitch Fifield announced last night that the NPEA will be replaced by Catalyst — Australian Arts and Cultural Fund, which will distribute A$12 million annually, as opposed to the NPEA’s planned A$20 million.

The independent Australia Council will be re-allocated the difference – an additional A$8 million a year. The Catalyst Guidelines can be accessedon the Ministry for the Arts website.

Below, our experts give their initial impressions.

It is understandable that the arts community has been quick off the blocks to claim credit for the significant changes to the ill-considered “National Programme for Excellence in the arts” (to give its original George Brandis spelling). After all, they did run the most coordinated and targeted lobbying exercise I have seen for many years.

With the exception of the large companies, insulated by ministerial largesse, arts groups from many different cultural perspectives came together to campaign for their very existence.

While details are still sketchy it appears that the main beneficiaries of the A$8 million a year that is being refunded to the Australia Council will be individual practitioners. This is fair enough as they were the main victims of the original cuts.

The newly named Catalyst program is intriguing. The name is a popular one in the arts. In Western Australia it is given to a community arts funding program, while in the UK it’s a culture sector-wide private giving investment scheme aimed at helping cultural organisations diversify their income streams and access more funding from private sources.

The arts community has been assured that funding from Catalyst, unlike its awkwardly named predecessor, will all be doled out in an arms-length, non-political process.

From what has been released so far the Australian Catalyst Arts and Culture Fund could be going down the UK path, or maybe after the embarrassment of “Excellence” the minister’s advisers are trying to politely distance their new policy from Senator Brandis, who is still in Cabinet.

But even though Mitch Fifield has made the announcement, it is fairly clear that the changes in funding are all a part of Prime Minister Malcolm Turnbull’s larger purpose of moving government policies away from the impetuous extremism of the Abbott years, towards the effective centralism of Hamer, Menzies and Turnbull’s long-time mentor, Neville Wran.

Mitch Fifield’s Catalyst Fund pretends to remedy the basic problems of George Brandis’s proposed NPEA – but really just sweeps up the mess into a slightly neater pile. The gains for writing and publishing in these latest changes are marginal – and still no news about the Book Council of Australia.

Brandis set up his NPEA without articulating clear policy imperatives to do so, and he then raided a long-standing program – the Australia Council funds for individuals and small and medium organisations – in order to fund it. The boy might have an Arts degree but he’ll go down as the biggest wrecker we’ve had as a Federal Arts Minister.

The new minister, Mitch Fifield, sensibly has returned some funds to the Australia Council and set clearer and more developed parameters for the ministerial funds he’ll hold onto, including (excuse my sarcasm) coming up with a much better name for his pot. The downsides to this scheme are the same: politicisation of arts funding decision-making on a scale not seen since the battle over Commonwealth Literary Fund in the 1940s – and cuts to the Australia Council’s capacity to support individual artists and small to medium organisations.

For literature, it seems that the proposed Catalyst fund will accept applications from writing and publishing organisations – which the NPEA wasn’t going to do – but even with some NPEA funds flowing back into the pot at the Australia Council, the literary sector will face a net reduction in funds compared to 2013/14.

Beyond this, the new minister still seems to be “umming” over the Abbott/Brandis Book Council initiative and its A$2 million budget. Following the demise of the Literature Board, I am pro-the Book Council – we need a whole-of-sector body for funding and policy making – but the provenance of its funds (also sourced from a cut to the Australia Council) has already problematised its relations with the sector, imperilling the Book Council’s future.

The arts budget is small beer – and literature and publishing barely an afterthought – but they deserve better than this.

To borrow a phrase: this is not the beginning of the end, but it may be the end of the beginning. The remodelling of the NPEA as the Catalyst Fund does three things.

First, it shifts government relations with the theatre sector out of the rhetoric of excellence and into the language of innovation. The latter might be equally opaque and decontextualised, but at least it doesn’t equate to the minister’s personal reading list.

Second, it gives some money back to the Australia Council that, by any rational measure, should never have been removed from it in the first place. The client base was already cut to the bone. The NPEA bit into the bone. Catalyst still means unnecessary pain for the sector, but less of it.

Third, it allows the Fund to better position itself on the horizon of small to medium theatre organisations. Key to this is the fact that the Fund can consider administration costs as part of its application process, even if “projects that include a high percentage of administration costs are likely to represent less value for money to assessors”.

This means it won’t be just the major companies – the ones who can absorb such costs in other parts of their budget – that are able to apply when the Fund opens in two weeks’ time.

Despite these positive aspects to the announcement, however, it won’t stop the job losses that many smaller organisations face come the end of the year; nor does it revive plans for a six-year reporting cycle; and it doesn’t meaningfully reconnect with the Australia Council’s 2014 Strategic Plan, or the years of policy-making behind it.

As a blunder of the first water, the NPEA has been reduced in size, but remains visible. If Catalyst works, it will be duplicating the role of the Australia Council. If it doesn’t, it will be undermining it.

The only real way out of this problem is to seed the fund with new money, and make good in full the cuts to the federal agency. No doubt the minister has many requests on his Christmas list. He should put that one at the top.