Modified and ‘polished’ images may not represent scientific discoveries purely, but they are as close to the truth as we know, writes Kate Patterson. 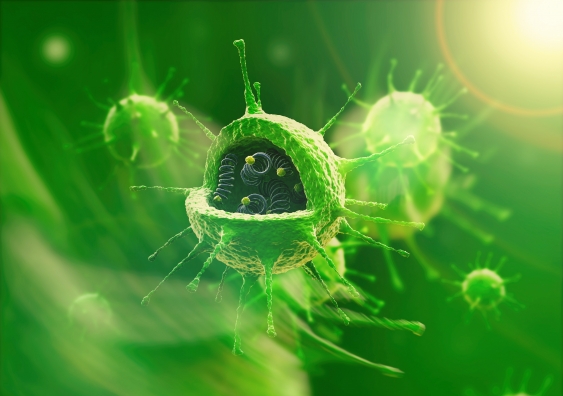 OPINION: “Photoshop should be banned from every scientific research institution”.

A passionate scientist once offered her untethered and impassioned feedback following one of my 'How to harness the tools of Illustrator and Photoshop for publication-worthy figures' tutorials.

Her comment sparked quite a heavy debate between many of the scientists in the room and, at that time I found it hard to explain my own ethical position without sounding dismissive.

I left feeling resolute that I should have focused more on why scientists should use Illustrator and Photoshop rather than the how.

The problem, is that “Photoshop” has become a proprietary eponym for image manipulation. And manipulation of scientific images is universally unethical. Right?

With super powers ranging from time travel, clever cloning and body sculpting, surely this fantastical tool is too dangerous to blend with with the purity of scientific data?

Forensic image analysis is now a common step in the publication pipeline. There’s no doubt that Photoshop seems capable of magic. Magic that could facilitate inappropriate image manipulation and result in serious scientific misconduct, but in cases of scientific fraud is Photoshop really the culprit?

Would removing Photoshop in these situations have changed practice?

The other side of the coin is that there are many examples of published research where the reader has to work hard to decipher the results. Examples where it is difficult to know for certain what the figures are communicating.

Scientists rely on a vast array of technologies to capture, measure, test, display and communicate their research. From high powered fluorescent microscopy, to next generation sequencing and mass spectrometry, raw scientific data needs to be detected or discovered and then the data often needs to be transformed, or manipulated into a comprehensible form.

Scientists must consider ethics, good experimental design and technical guidelines that outline how each of these technologies should be used.

Similarly, there are also detailed guidelines on what is considered appropriate vs inappropriate image manipulation techniques. These range from linear to non-linear adjustments, conventions for splicing images together and techniques for disclosing processes just as a start.

These guidelines are specifically designed for peer-reviewed publications. Should these same guidelines be used when manipulating images that are intended for a broader audience?

Visual storytelling in biomedicine often involves creating images and animations of molecules that we can’t see – worlds that are smaller than the wavelength of light.

Thanks to X-ray crystallography, advanced microscopy and nanotechnologies, scientists have a good understanding of the molecular world, but this picture is by no means complete. Science-art practitioners rely on advanced image manipulation software like Photoshop to complete the picture and to create an image that appeals to a broad audience.

This means that it is critical to have a deep understanding of the science, so that incomplete and uncertain scientific data can be stitched together and transformed into a cohesive story.

Robert Hurt faces the same challenges, only, at the polar opposite end of the scale. Robert oversees the visual side of science communications at NASA’s Infrared Processing and Analysis Center and combines his knowledge of astronomy with advanced image-editing skills to transform huge amounts of cosmic data into breathtaking images.

Compound images of the cosmos, or the molecular world are constructed from multiple sources, raw scientific data and complex concepts. Bringing these multi-layered resources together in a way that retains scientific integrity, yet can be accessed by the broader community is the challenge. Sometimes images need to be manipulated, polished and processed.

For the purists, these are not true scientific images. Photographs from the hubble telescope are captured in greyscale, artificially coloured by NASA scientist-artists. Similarly, at the microscopic scale, molecules don’t have colour, being smaller than the wavelength of light.

Yet, these modified and ‘polished’ images are the images that are repeatedly used to represent scientific discoveries. They are as close to the truth as we know. As scientists-artists, we have the responsibility but also the opportunity to complete the picture of what our world, both microscopic and cosmic looks like.

It is at this interface of scientific integrity, and art and design where scientist-artists or teams of scientists and artists are needed to carefully and accurately navigate the landscape of visual science communication.

Science by stealth: secret missions of a visual science communicator

Shifting the field of view: science stories in virtual reality

Blending science, art and other excrement