NSW Minister for Planning Robert Stokes has called for an end to “mediocre” urban planning calling it “the enemy of greatness”. 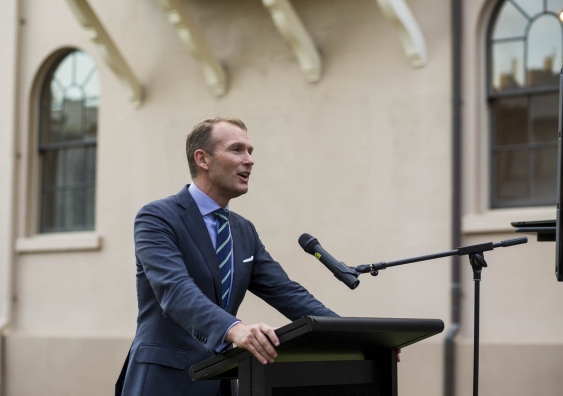 NSW Minister for Planning Robert Stokes has called for an end to “mediocre” urban planning calling it “the enemy of greatness”.

“On behalf of the citizens of New South Wales I would like to acknowledge the work of the Centre which has in its brief ten years, become one of the most eminent centres of urban planning scholarship anywhere in the world.

“The government has aspirations for Sydney to become a great global city but the enemy of greatness is mediocrity and that’s what we see right across the built form of Sydney,” he said to the gathering, which included Shadow Minister for Planning Penny Sharpe, CEO of UrbanGrowth NSW David Pitchford and some of Australia’s leading urbanists.

Launched in 2005, the Centre, together with colleagues in UNSW Built Environment’s Planning Program, was acknowledged by the Australian Research Council as Australia’s leading university research centre in urban planning. 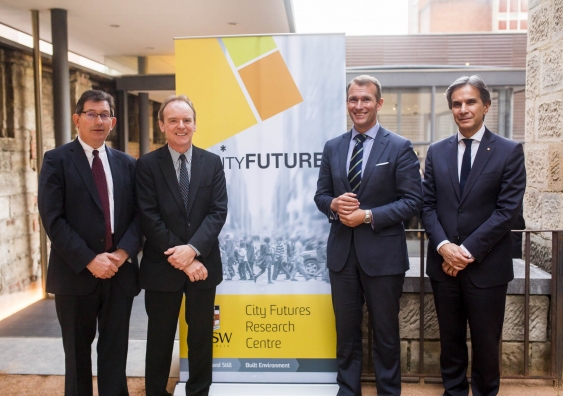 “We are living in the urban century. In 30 years’ time 75 per cent of the population will be living in cities – this is surely one of the greatest challenges of our age,” Professor Randolph said.

“City Futures looks forward to working closely with the new Greater Sydney Commission, the wider NSW Government and city builders to provide the research and data from which all good decision-making flows.”

Minister Stokes emphasised that by 2050 an extra five houses will be needed for every four that are currently in Sydney, stating that the linkages between academia and government will be crucial to meeting that challenge.

“We have a job to take the lead in thought leadership, governance, liveability and sustainability of cities and to export those ideas to the rest of the world and I have no doubt that City Futures can take this challenge on,” he said.