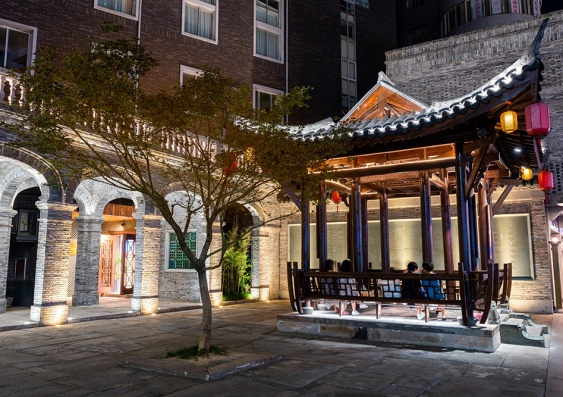 Zen Street renewal project. During the urbanisation process in developing countries, many cultural and historical elements could be wiped out in the name of modernisation.

With so much urban development taking place in China, the protection of historical and cultural assets poses a challenge for communities looking to develop and retain their cultural identity. Associate Professor Fang Xu from UNSW Art & Design is no stranger to complex urban renewal projects in China, now working on his second renovation program in the district of Wenzhou in Zhejiang province.

“Shifting between practice and academia, I have been working in the design industry and at universities for 35 years,” he says. “Over the past few years, my research has focused on finding a better way to understand end users and to explore a more sustainable lifestyle in a rapidly changing society through innovative design intervention.” 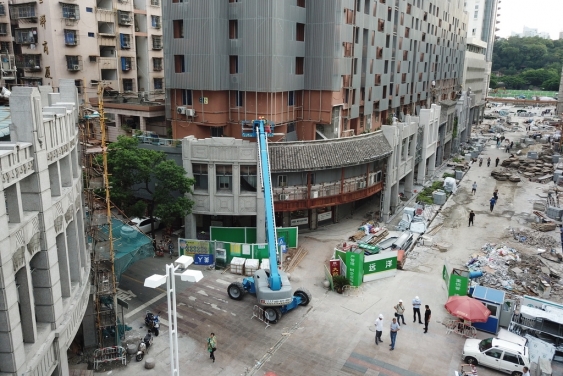 The commencement of the Zen Street urban renewal project in the district of Wenzhou in Zhejiang province.

Professor Xu explains how urban public spaces connect all parts of the built environment and his interest in the discipline.

“It’s not only the physical space, but also a place to represent the city's cultural identity, inheriting the memory of the past and supporting people’s social activities. These elements are critical to all those who live, work and visit the city.

“But during the urbanisation process in developing countries, many of these elements could be wiped out in the name of modernisation. With urban populations increasing in cities, high-density living is inevitable and, with that, comes new problems for urban life.

“Urban public spaces need to play a more important role when planning a city's future,” says Professor Xu. He sees these areas as very dynamic spaces and he says there needs to be cross-disciplinary knowledge and skill for such projects to be managed effectively.

After implementing the first stage of an urban renewal project in the Chinese coastal town of Wenzhou 20 years ago, Professor Xu has been invited back as chief advisor for the Zen Street renovation project. The street is 385 metres long and involves renovating an area of 26,688 square metres. This includes upgrading all urban facilities, reconstructing historical building features, recreating the local cultural identity and memory, as well as revitalising the commercial and business opportunities.

“Zen Street used to be the gathering place for all sorts of traditional cultural institutes for many generations and represented the unique cultural identity of the old city over hundreds of years. Unfortunately, during the last 60 years, almost all of the old buildings have gradually been torn down. Until 2016, it virtually had very little left, except for its name and layout of the old urban fabric,” explains Professor Xu. 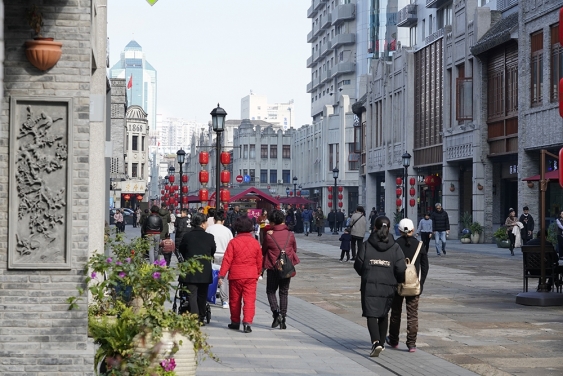 Zen Street after major renovations. The street is 385 metres long and involves renovating an area of 26,688 square metres.

Working closely with local stakeholders, such as businesses, government and the community, Professor Xu developed a framework – called the ‘three-in-one design principle’ – to support the project. He says it’s critical to develop a framework to holistically manage key issues and the end goal.

“A city can be seen as a living organism. The ‘three-in-one design principle’ refers to ‘culture as the soul, space as the body, and daily life as the adhesive to bridge the two’. This principle, developed in response to the complexity of the project, helps to integrate the requirements and interests of the different parties in a systematic way through an innovative design approach.

“An urban renewal project can very easily overemphasise one particular objective. For example, the bureau of culture may only consider the importance of cultural value; the bureau of heritage protection may only focus on the building itself; and the bureau of business or tourism may only be interested in the business facilities or opportunities to attract more visitors. Residents might only be concerned with their property value or business opportunities. The framework provides a strategy that can map key issues of the project’s goals.” 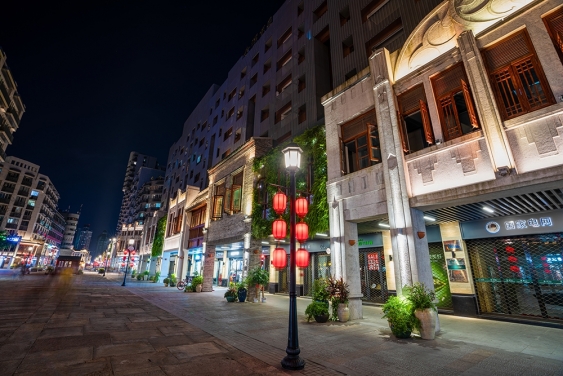 The Zen Street project is yet to be completed, however it has already attracted media attention from surrounding regions. There are also plans to restore Park Street in Wenzhou, and Professor Xu has been invited back as chief advisor.

“The development of new urban form and the protection of historical and cultural remains have always been challenging issues for many developing countries. Buildings in many old cities have been demolished to build new ones. My objective is to protect old buildings as pure historical sites and then seek opportunities to integrate old buildings with new urban lifestyles. There are so many lessons to be learnt,” says Associate Professor Xu.

The case study in Wenzhou provides an opportunity to re-examine past experiences and explore new possibilities for managing such complex projects from a prospective way, he says.

“Whether it is revitalising cultural identity or restoring historical features, there are many possibilities,” he says. “But they must be placed in the context of contemporary values, means and lifestyles through innovative design solutions. For me, these aspects still have great potential for future research.”

Try this at home