Critics have characterised the Productivity Commission's latest report as a charter for “privatisation” of public housing. Yet it's not a manifesto for an entirely marketised and deregulated framework driven by the profit motive, writes Hal Pawson. 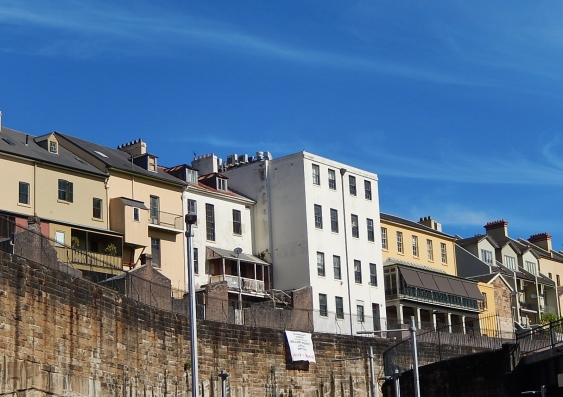 OPINION: The Productivity Commission report favouring “greater competition, contestability and user choice” in social housing has caused concern among advocates for low-income tenants. The report is an interim output from an ongoing review of the nation’s human services – including public hospitals, dental services and palliative care, as well as state-provided or regulated housing. The commission’s “pro-competition” statement, although a provisional finding, could presage a shake-up in the delivery of housing services for Australia’s most disadvantaged groups.

Critics have characterised the report as a charter for “privatisation” of public housing. While somewhat diminished, state-owned-and-managed housing still accommodates around 700,000 of our most vulnerable citizens.

This explains the fears that commission-inspired “reforms” could involve the forced sale of public housing to vulture capitalists unconstrained by enforceable obligations to provide tenant services or to maintain, upgrade and retain housing stock for its current purpose. We need only look to Germany – so often referenced as a private-renter-friendly country – for an example of how a botched divestment of social housing to for-profit companies can lead to public authorities being forced to buy back stock.

However, rather than pushing towards an entirely marketised and deregulated framework underpinned by the profit motive, the commission report’s soberly couched analysis appears focused on how to make the existing social housing system work more efficiently and effectively to deliver established obligations.

The authors, for example, contend that:

… there appears scope for improvement in the way social housing is delivered that could lead to better outcomes for tenants in the social housing system, as well as for people outside the system who are unable to access the support they need.

They rightly note that all is far from well with the status quo:

Due to … funding pressures and demographic changes, the quality of the service received by social housing tenants has deteriorated … Additional maintenance expenditure as part of the Australian Government’s 2008 stimulus package has not alleviated deteriorating quality standards in public housing.

Towards a multi-provider system

The policy aspiration for a “contestable” social housing system has, in fact, been a mainstream orthodoxy for quite a while.

Indeed, it formed the centrepiece of Tanya Plibersek’s groundbreaking 2009 speech, Room for More. As Labor’s federal housing minister, she argued for a move away from the domination of social housing by large “monopolistic” state authorities and towards a “multi-provider” system. Under this vision, not-for-profit community housing providers would be supported to grow to a scale enabling them to both complement and compete with public housing entities.

The move towards a multi-provider system dates back to at least 2009 when Tanya Plibersek was housing minister. Dave Hunt/AAP

Post-2009 developments have included some expansion of community housing. Part of this has been through the transfer of tenanted public housing properties.

Even so, community providers control only around a fifth of all social housing in 2016. They remain very much minority players in most states.

The Productivity Commission’s enthusiasm for greater contestability might result in a recommendation that state governments should consider further large-scale public housing transfers to community providers. Some contend that this amounts to damaging privatisation no less than if the recipients were for-profit companies.

In my view, this argument is highly questionable. Instead, community housing providers might legitimately position themselves as “the reform alternative to privatisation”.

In principle, greater competition, contestability and choice could be fostered within social housing in other ways. While observing that “allowing community housing providers to manage social housing appears to have had benefits, both in Australia and elsewhere”, the commission also notes:

In the absence of a new public subsidy, though, it’s debatable whether many companies needing to deliver shareholder returns would see the firmly regulated management of public housing as an attractive proposition.

Mid-1990s attempts by Queensland’s Borbidge government to outsource public housing to for-profit companies soon fell by the wayside. Similarly unsuccessful in the mid-1990s was the UK government’s effort to outsource the entire council housing service, under Housing Management Compulsory Competitive Tendering. Again, the inherently low returns from providing minimally subsidised services to poor people – as well as the complexity of social housing management – meant the UK program failed to attract the expected interest of for-profit companies.

A close reading of the commission’s report suggests anyway that the authors are at this stage more inclined towards diversifying social housing through boosting its community housing component than through a predominant role for private for-profit entities:

Transferring the management of more properties to non-government providers could deliver more options for tenants who are offered a choice of housing provider.

Such a direction would, nevertheless, “not preclude the management of properties remaining with the public provider, if they were best-placed to provide the service”.

However, any reforms based on deciding which provider is “best-placed to provide the service” face a serious obstacle: the available data on the cost of social housing provision and service outcomes are woefully inadequate. This is true at the aggregate level and for individual social landlords.

Our research confirms that the capacity for quantifying management expenditure in public housing has decayed over recent years.

A fundamental problem has been the states’ and territories’ failure to honour a 2009 commitment to enhance and standardise their housing service accounting procedures. The financing of public housing services remains equally opaque. Only by repeating a major research exercise last undertaken in 2007 could we quantify the relative financial (un)sustainability of each state and territory housing authority.

In any event, diversifying social housing on a larger scale would call for Commonwealth government leadership in strengthening the regulatory framework and making it truly national. This would be needed to ensure effective monitoring and enforcement of responsibilities and obligations transferred to non-government providers. Indeed, the Productivity Commission report highlights the need for accountability:

Improving the accountability of service providers could improve a range of attributes of social housing.

This supports the case for extending the current system for regulating community housing providers to cover public housing services.

In all of this, it is vital to keep in mind that Australia’s social housing system remains grossly underfunded. Currently available resources are inadequate even to properly maintain the existing portfolio, let alone to underpin the new supply needed to keep pace with growing need.

Any efficiency gains flowing from Productivity Commission-inspired managerial reforms will make only a tiny dent here. A commitment to overcoming this problem is a prerequisite if, in line with the report’s stated aspirations, the most disadvantaged are to have any real choice.