Opinion Puckish charm and no politicians: the 2019 Archibald Prize

Perhaps as a reflection of the current state of national affairs, this year's Archibald Prize exhibition is a politician-free zone. 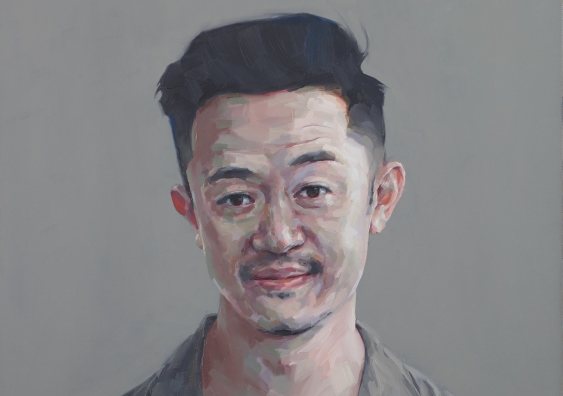 In a continuation of a recent trend, there are no politicians in this year’s Archibald Prize. The last time a portrait of a politician was awarded the prize was in 1992, when Bryan Westwood’s portrayal of Paul Keating’s Zegna suit, as worn by the then Prime Minister, was given the gong. 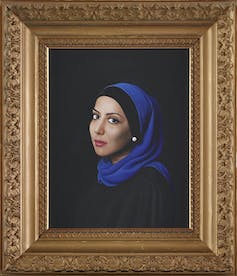 The closest we get to actual political figures is with studies of journalists and political commentators, including a strange little portrait of Leigh Sales, and Jordan Richardson’s portrait of Annabel Crabb, looking like a particularly severe Greek goddess.

The importance of the Archibald goes beyond its status as an instant snapshot of Australian social history. Forty years ago, after the newly appointed Director Edmund Capon and New South Wales premier Neville Wran combined to reform the governance of the Art Gallery of New South Wales, this annual prize fest is the only time the Gallery’s Trustees can express their own taste in art. 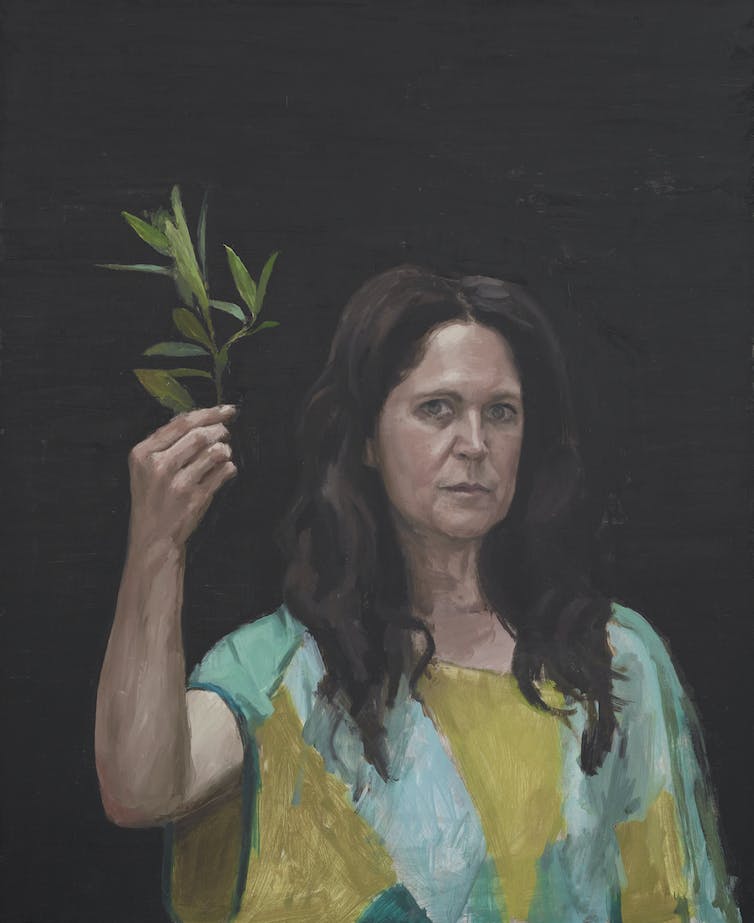 In the past it was possible to work out the most likely winner from where the work was displayed, but this is no longer the case. The Trustees have selected the 51 Archibald and 29 Wynne finalists and will deliver their final judgement on May 10 – but they did not hang the exhibition. The Archibald, Wynne and Sulman prizes are hung at the direction of the curator, Anne Ryan.

This year Ryan has privileged the Sulman Prize entries, “for subject painting, genre painting or mural project” – in other words, something with figures in it. These are often the most interesting works in the exhibition but, as the prize money is less, they have in the past been shunted into the final room.

This year visitors enter the exhibition to the sight of a very interesting Ken Done, Dive 3, which hangs adjacent to Noel McKenna’s whimsical Apartment. The viewer is also confronted by Abdul Abdullah’s Everything ever all at once. 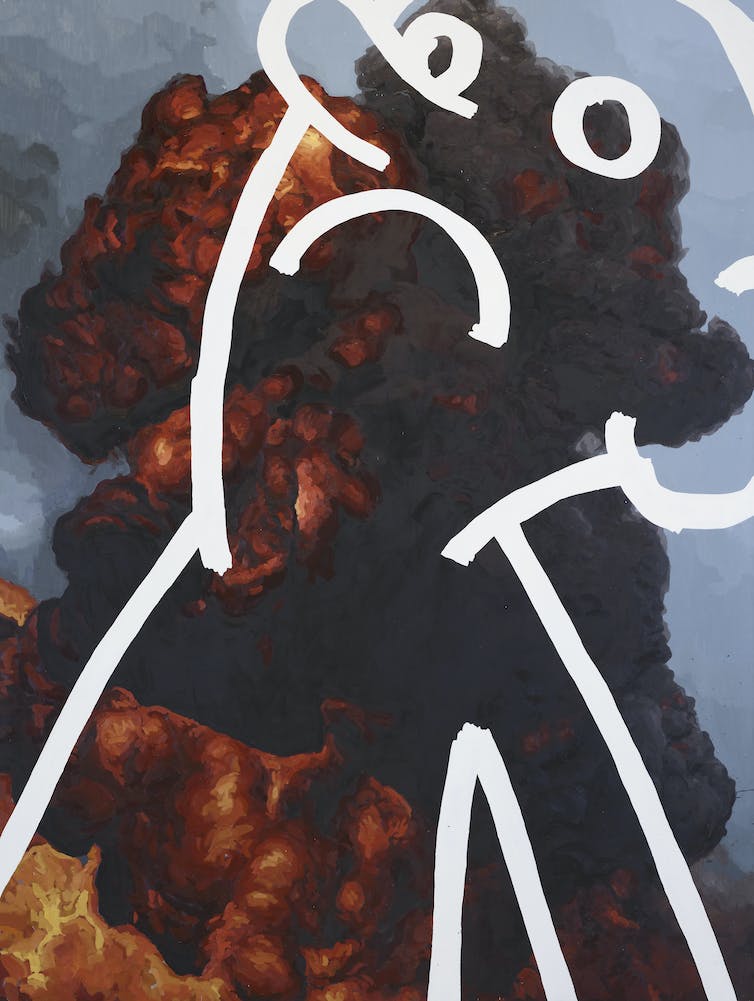 The return of the Archibald

The reconfiguring of the exhibition means that the Archibald has returned to the central exhibiting gallery. All the portraits in this room are of artists and those who enable art – this is perhaps not surprising as portraits of artists are the majority of the chosen entries.

However there is a special poignancy in John Beard’s Edmund (+ Bill), a precisely pixelated portrait of the late Edmund Capon with a Bill Henson photograph. This hangs opposite David Griggs’ frenetic Tracing the antiquity of Jewish alchemy with Alexie Glass-Kantor. Here, the Mona Lisa-like tranquility of the woman best described as the powerhouse of contemporary curatorship, is overladen with the chaotic elements that turn angst into exhibitions. It is a face-off of two generations of cultural leadership. 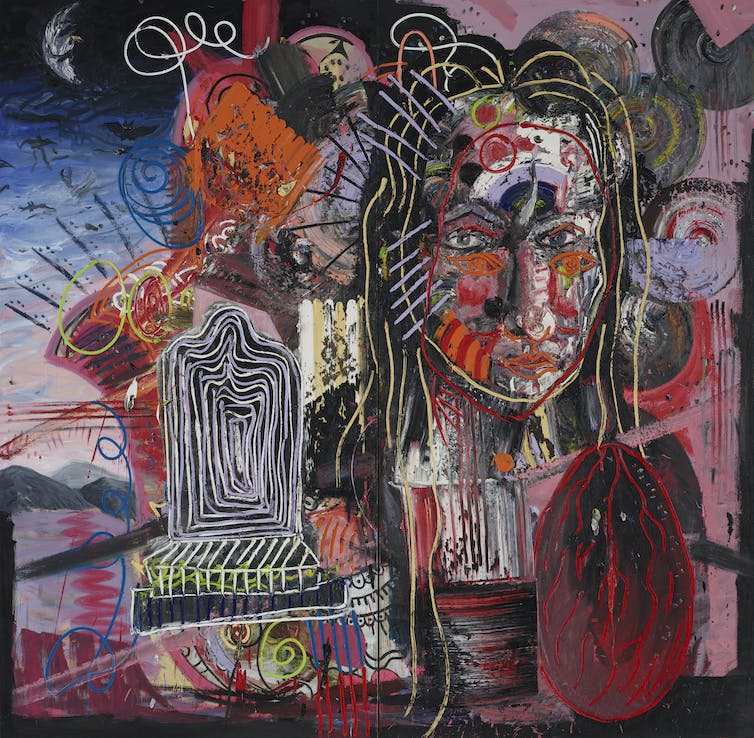 Vincent Namatjira’s appropriately named Art is our weapon – portrait of Tony Albert is surprisingly quiet in comparison with his previous entry. Albert is a master of cloaking intense political engagement with an unassuming persona, and Namatjira captures that well.

I really admire Blak Douglas’s White shells, black heart, a large portrait face of Eora artist Esme Timbery. There are real shells embedded into the background behind that study of a wise old woman. 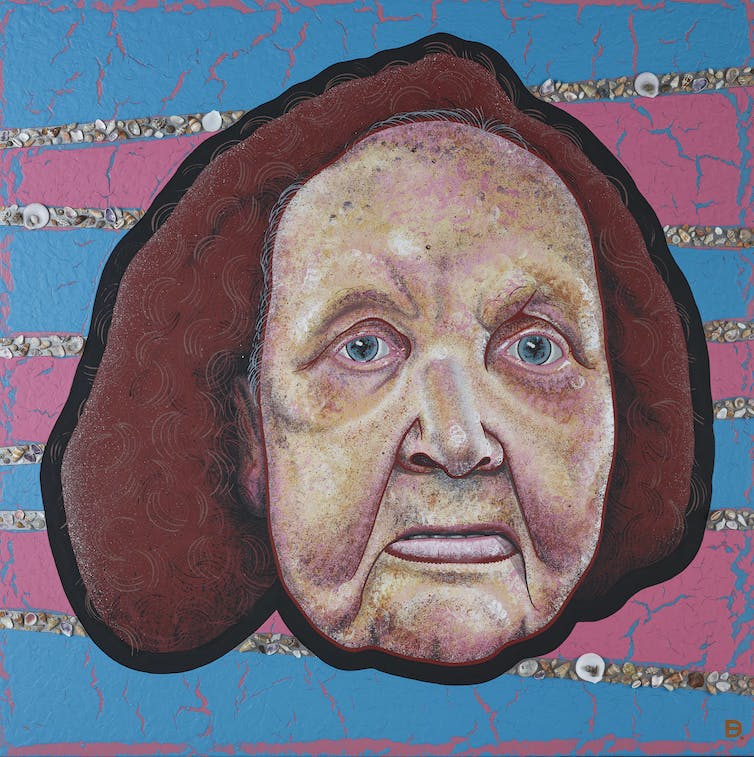 Blak Douglas is also hung in the Wynne Prize – in collaboration with the late Elaine Russell, Ashes, damper and kangaroo stew for dinner. Douglas was given permission to complete the work after her death, which means the resulting work is an interesting cross-generation, cross-cultural synthesis. 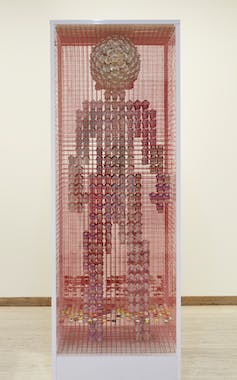 This year’s Wynne has some truly eccentric entries, including Glen Clarke’s Australian warhead with rising tide of human rights abuses, a sculpture consisting of origami shirts made of bank notes.

There is also Noŋgirrŋa Marawili’s exquisite Pink Lightning, a bark painting that evokes the lightning over the sea. Its intense magenta tone comes from discarded printer cartridges, a creative form of recycling. It hangs in the same room as Jun Chen’s painterly Magnolia Trees. Both beautiful evocations of place, painted in completely different styles.

Most visitors to the exhibitions will, however, concentrate their gaze on the Archibald entries. They will compare media images of artistic director of Queensland Ballet Li Cunxin, playwright Nakkiah Lui, and actors Madeleine Madden and Sarah Peirse, among others, with the artist’s interpretations.

One of these, Tessa MacKay’s portrait of David Wenham, has already been awarded the Packing Room Prize, an award that reflects the taste of Brett Cuthbertson, the man in charge of those who handle the art (and artists). 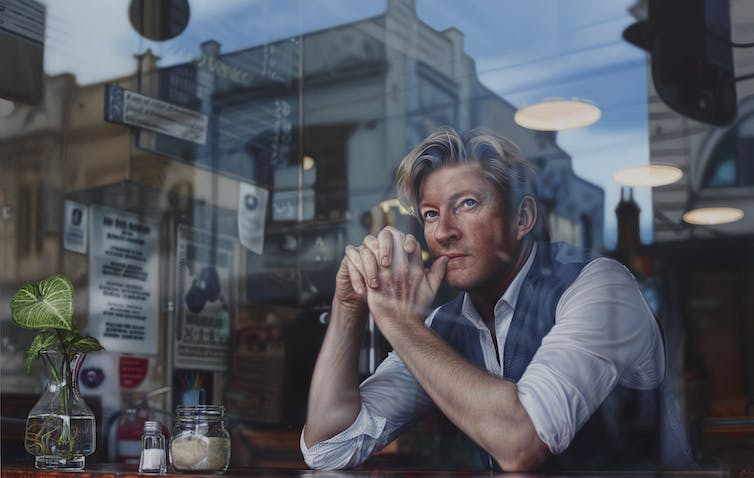 Every artist whose work has been hung is already a winner. They are the small minority of 107, selected from a field of 2176 entries. The public exposure they receive from having their work on view both at the gallery – and the subsequent national tour – inevitably leads to invitations to exhibit and commissions from private collectors.

As well as being invited to the official announcement and opening party, there are a number of discreet social events organised by the gallery. Here they have the opportunity to get to know each other, and potential future patrons. This extra level of support encourages a community of artists, something to be valued in an otherwise competitive contest.

The winners of the Archibald, Wynne, Sulman Prizes 2019 will be announced on May 10. Finalists will be exhibited at the Art Gallery of New South Wales from May 11 to September 8.