Paul Thomas’ spinning interpretation of quantum computing is featured on the March cover of the prestigious journal Nature Nanotechnology. 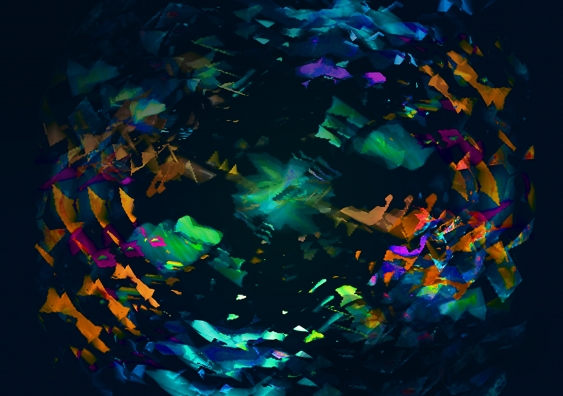 The colourful image is a still from the artwork Quantum Consciousness, an audio-visualisation created by Thomas of atomistic data used to index the quantum "movement" of an electron.

Thomas, Director of the Bachelor of Fine Arts Honours Program at UNSW Art & Design, used the data captured from microwave signals firing at an electron every 5 milliseconds and manipulated it using interactive software to incorporate fragments of random photos that illustrate moments of observation.

“I wanted to create an analogy between human thinking and quantum ‘computer thinking',” he says.

“Rather than creating an exact illustration of the science, my aim was to parallel neurons firing and ideas evolving.

“I’m interested in the future possibility of quantum computing overtaking the speed of thought and perhaps, even rivalling intuition,” says Thomas.

The scientific research informing the artwork was conducted with Professor Andrea Morello, of the School of Electrical Engineering & Telecommunications at UNSW and Program Manager in the Centre for Quantum Computation & Communication Technology, whose current research looks at controlling the spin of electrons and nuclei for the development of quantum computer processors.

He says entanglement is the deepest quantum phenomenon, which is strictly impossible to illustrate to the human senses. 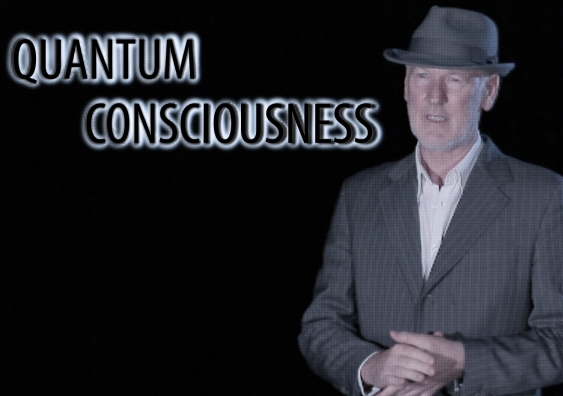 “Paul has succeeded in ‘expressing’ the entanglement of two quantum bits within an atom, by creating a beautiful piece of art that originates from raw data in the real experiment. I think this is just the beginning of a very stimulating interaction between art and science,” says Morello.

Thomas says Quantum Consciousness allows viewers to literally immerse themselves in the sound and vision of quantum phenomenon.