With culture at its heart, First Peoples’ creative collaboration can transform communities. 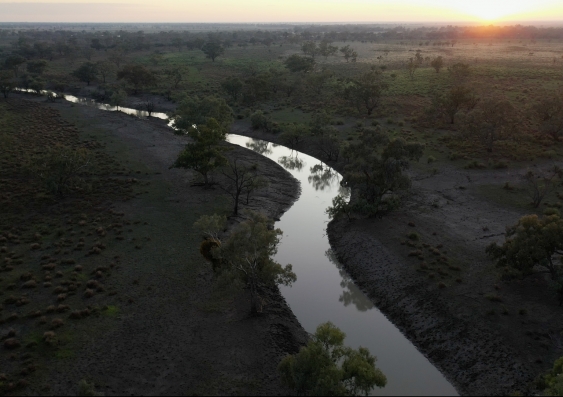 Water Speaks, a creative collaboration between First Peoples theatre companies from Australia and Turtle Island (Canada), is now on show at the 23rd Biennale of Sydney. Photo: Darrin Baker.

A UNSW Sydney researcher is leveraging the transformative power of creative practice to help revitalise Indigenous languages through theatre.

UNSW Indigenous Scientia Fellow and Birrbay woman Dr Liza-Mare Syron is co-founder and senior artistic associate of Moogahlin Performing Arts, based on Gadigal country in Redfern. She explores First Peoples performing arts training and practice as a means to engage with Indigenous culture.

“Culture is at the heart of [Indigenous] creative practice,” she says. “At Moogahlin, we produce work – new work – and we always try and have an Indigenous creative lead as director, producer, designer, as a model. Even in partnerships with non-Indigenous companies.”

“Nothing about us, without us”, as she calls it, speaks to the need to emphasise and acknowledge “notions of Indigenous agency, identity and subjectivity”.

Dr Syron has personal ties to the Black Theatre, the Aboriginal-run company established in 1972 on Gadigal land in Redfern in response to the land rights movement. Like her uncle, actor, director, activist Brian Syron, Dr Syron leverages the transformative power of the creative arts.

“Art is intrinsic to who we are,” says Murrawarri/Ngemba woman Lily Shearer, co-founder and co-artistic director of Moogahlin. “Storytelling is intrinsic to our being – our wellbeing – physically, emotionally, intellectually and spiritually.”

Water Speaks, a creative collaboration between First Peoples theatre companies from Australia and Turtle Island (Canada), is currently on show at rīvus, the 23rd Biennale of Sydney.

Moogahlin Performing Arts and Aanmitaagzi Big Medicine Studio, based in Nipissing, have developed the digital work through creative exchange with visual artist r e a and video composer Darrin Baker. It weaves stories of the mundaguddah, rainbow serpent in Murrawarri, and black sturgeon fish in Northern Cree, using Indigenous languages.

Dr Syron says creative collaborations like this are a major driver behind her research.

“The first question [needs to be]: how is my research relevant to community and the sector?”

Water Speaks is a 3-channel visual and spoken word digital work responding to two cultural stories from Nipissing and Murrawarri peoples weaving language and story with images of country, land and water, where the cultural stories reside. Photo: Darrin Baker.

Respect for the diversity of First Peoples’ experiences, language and lore is fundamental to cultivating cross-cultural collaborations, she says.

Dr Syron travelled to Toronto and Wellington to observe rehearsal room processes of First Peoples companies in Turtle Island and Aotearoa (New Zealand) from 2014-2015 as part of her research. It took more than a year to build trust, respecting cultural protocols, before she was invited into some of these culturally sensitive spaces.

In return, Dr Syron invited the companies, Native Earth Performing Arts and Tawata Productions, to a panel discussion at Yellamundie National First Peoples Playwriting Festival on what it means to make Indigenous work in the twenty-first century.

Rather than “fly-in, fly-out research”, it’s a continuing dialogue of knowledge exchange, she says.

Our stories with your people

The Weekend was workshopped at Yellamundie Festival then presented at Weesageechak Begin to Dance Festival in Toronto in 2017. It had its world premiere at the 2019 Sydney Festival, and ran at BATS Theatre, Wellington for the Kia Mau Festival.

“We gave them the stories [to produce] on their country – our stories with your people – but because it’s your place, you need to have creative control over how it’s presented to local audiences,” Dr Syron says.

“First Nations, at least in Canada, have very similar experiences – of public housing tenement schools, of stolen children – so we were able to connect on those levels.” 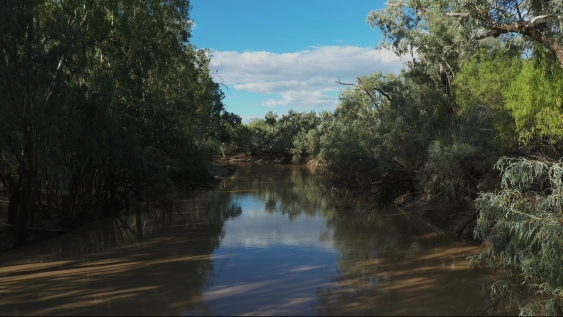 Water Speaks will be presented in the native languages of the Murrawarri and Northern Cree.

“It’s really spiritually rewarding to be working in language again,” Ms Shearer says. “Whilst we never spoke it fluently in my generation, listening to the children and the generations after us, it just brings tears to your eyes and goosebumps all over your body…

“You understand then the relationship to country more, and to each other. And why country and language is so important.”

More than 250 First Nations Australian languages, including 800 dialects, were spoken on the continent prior to European invasion, according to the Australian Institute of Aboriginal and Torres Strait Islander Studies.

“Today, approximately only 13 Indigenous Australian languages have enough young people speaking them to sustain the language into the future. It is a sobering thought,” Dr Syron says.

Theatre plays an important role in the revitalisation of languages, she says.

“It’s a living history of one of the oldest cultures in the world. I want to know how we can respect that and how we can contribute to language revival, and in turn give back by working with language using best practice.”