UNSW researchers are hoping to shed light on the role that Airbnb plays in the housing affordability crisis in Australia's two biggest cities. 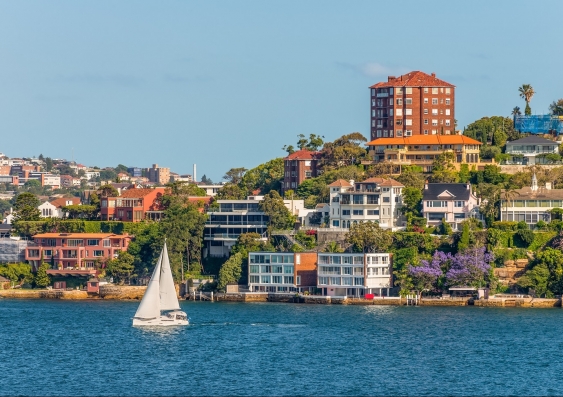 Apartments near Sydney Harbour and the city's beaches are keenly sought by tourists. Photo: Shuttertock

UNSW Sydney researchers want to talk to Airbnb hosts in Sydney and Melbourne to shed light on the impact the short-term rental platform is having on housing affordability.

The explosive growth of Airbnb has raised hackles in tourism and government circles, amid complaints about unfair competition and party houses.

But not enough is known about how Airbnb affects housing affordability, says Dr Laura Crommelin, Research Lecturer at UNSW’s City Futures Research Centre, who is leading the research.

The research is being conducted in collaboration with Swinburne University and is funded by the Australian Housing and Urban Research Institute (AHURI).

Airbnb hosts offering entire homes or single spare rooms on the platform are being asked why they are using the service and their experiences with it.

“Those two uses are potentially very different in terms of their impact on housing affordability,” says Dr Crommelin. “The first group takes a house out of the market; the second is more a case of a space that may or may not have been rented out if it wasn’t for Airbnb,” she says.

According to independent, open-source data tool Inside Airbnb, of the 32,830 listings in Sydney, 61.5% are for entire homes, 37% for private rooms and a tiny 1.5% are share rooms. The breakdown is almost identical for Melbourne’s 20,406 listings.

“We want to find out, for example, if spare rooms were previously rented to flatmates. Would the owners of large homes have downsized if they hadn’t listed spare rooms on Airbnb? And are people adding space to their homes or building granny flats to take advantage of Airbnb’s popularity?” says Dr Crommelin.

“By surveying and interviewing hosts, we hope to better inform policy makers who might want to regulate the short-term rental market.”

In 2016, Airbnb told a NSW Parliamentary inquiry that its platform allowed hosts to become ambassadors for the communities they loved while earning extra income to help make ends meet.

“We are trying to independently test those claims,” says Dr Crommelin.

Calling all Airbnb hosts in Sydney and Melbourne

Are you an Airbnb host in Sydney or Melbourne, or have you considered advertising a property in these cities on Airbnb? We would love to hear about your motivations for using the service. Read more about the interviews and survey and how to participate here.

Airbnb, Inc. is neither involved in, nor connected with, this research project. More project information is also available on the AHURI website.