The evidence presented and initial findings show how important the royal commission is. 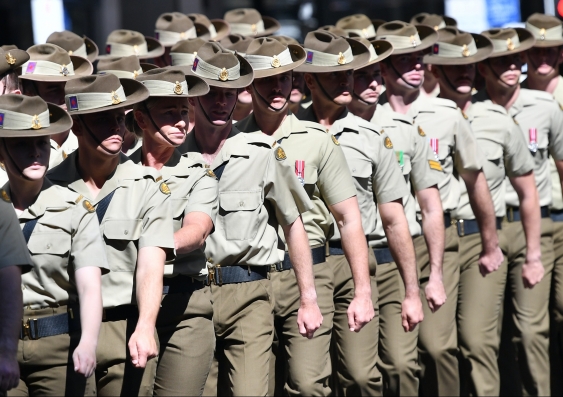 The royal commission asks why it has taken so long for the ADF to change, despite decades of scrutiny. Photo: Darren England/AAP

The Royal Commission into Defence and Veteran Suicide has released its interim report after more than 1,900 submissions and 194 witnesses.

It includes recommendations considered so urgent the royal commission is making them now (it still has two years left to run).

After years of lobbying efforts by the veteran community, the government finally relented and established the royal commission in 2021. The evidence presented and initial findings justify how important it is.

The interim report is a good start and we hope the problem of independence and accountability for the effects of the Australian Defence Force (ADF) culture and systems will be addressed.

A culture of tribalism and exclusion

Defence and veteran suicide is predominantly understood as a mental health issue. But an overemphasis on mental health neglects the impact institutional cultures and systems have on the wellbeing of service personnel.

Institutional abuse is a significant issue in the ADF. The hierarchical and closed character of the military provides environments where service personnel can harass and bully each other.

Cohesion and a sense of pride and loyalty in each unit are central to military effectiveness. But this can create the conditions for abuse.

As we told the royal commission, there’s often a culture of tribalism and exclusion in military settings. This is created by factors including hyper-masculinity, intense stigma against acknowledging injuries (physical or psychological), and the total authority commanders have over military life.

The military justice system permits commanders to use their discretion to discipline their subordinates, which can result in administrative violence. This refers to commanders using their authority arbitrarily to make the life of a subordinate unbearable.

From our own research into institutional abuse in the ADF, the effects of a closed system that perpetrates administrative violence against members can be a contributing factor in veterans self-harming.

We also consistently heard how these processes were used to further traumatise victimised members. We call this the second assault.

Moving from military to civilian

The royal commission recognises the importance of the transition from military to civilian life. Moving from the closed military institution to the open civilian world is a significant upheaval, with service personnel losing their sense of identity, purpose and belonging.

The ADF is very effective at socialising civilians into the military – it needs to direct that expertise to transitioning them safely out.

Another key focus of the interim report is the management of the Department of Veterans’ Affairs (DVA) and the claims system. When veterans leave the service the DVA manages their injuries.

The royal commission noted the DVA had yet to determine more than 62,000 claims as of June 2022. It recommends urgent and immediate action to clear the backlog of claims, as claim delays can significantly worsen veterans’ mental health.

The royal commission is right to ask why it has taken so long for the ADF to change, despite decades of scrutiny.

It identified over 50 previous reports, with 750 recommendations since 2000. The commissioners say:

We have been dismayed to come to understand the limited ways that Australian Governments have responded to these previous inquiries and reports.

We recently concluded an Australian Research Council Discovery grant on institutional abuse in the ADF. We conducted nearly 70 interviews with survivors and assessed the ADF’s inquiries and policy attempts to reform military culture. Our yet-to-be-published research extends back to 1969 – when the same culture of bullying was identified, followed by institutional cover-up and victim blaming.

The ADF has undertaken many inquiries into these problems yet has been unable to effect meaningful change.

The royal commission flagged there’s a “compelling case” for an independent body to oversee the implementation of recommendations from inquiries and reviews. The commission will explore this further over its final two years.

We think the development of an independent body that sits outside the chain of command is urgent. The entity should also be able to address member grievances.

At the institutional level, Defence has been unable to reform itself and needs to be subject to independent scrutiny.

But this isn’t the first time such an entity has been flagged. In 2005, the Senate Inquiry into the Effectiveness of the Australian Military Justice System recommended something similar, called the Australian Defence Force Administrative Review Board. It was vetoed by Defence and the federal government.

This highlights a fundamental tension for the ADF – between keeping things in house and continuing the legacies of abuse, or empowering an external body that protects the rights of service personnel. The problem is such an entity will inevitably come into conflict with the ADF command.

The royal commission must seek more answers from the leaders and commanders of the ADF and DVA. Their leadership is the key site of institutional dysfunction that disempowers members, veterans and their families, and perpetuates the systems of abuse.

The royal commission must stand up to this power in order to recognise and support those who serve their country.

If this article has raised issues for you, or if you’re concerned about someone you know, call the following support services:

Defence Member and Family Helpline: 1800 624 608 (free and confidential, 24/7 national counselling service for Australian veterans and their families, provided through the Department of Veterans’ Affairs)

For many military veterans, leaving the force is the biggest battle