Opinion Sense of place: messier than it ever was, so how do we manage this shifting world? 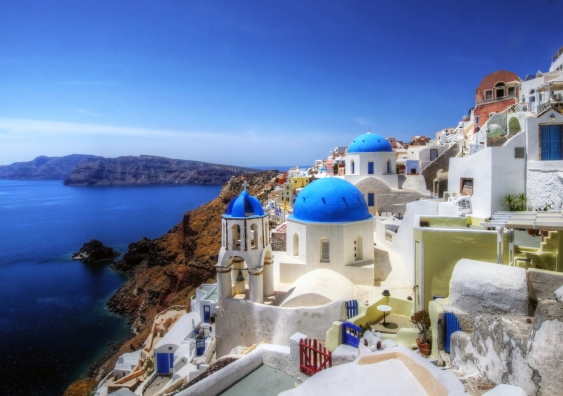 OPINION: Place is a crucial dimension of human meaning and relationships. It grounds us.

Our attachments with multiple places are a significant part of our individual and group identities. At one level, these attachments reflect our values and aspirations, while at another level they capture broader social, cultural and economic trends.

Place is therefore at once very personal and collective. It connotes multiple rather than singular meanings.

In 1976, Canadian geographer Ted Relph confidently divided the two ideas in his seminal book Place and Placenessness. This work influenced a growing movement for place-based research by geographers, sociologists, psychologists, environmental planners and others.

According to Relph, some places were real and authentic; others were bland and homogeneous.

Things have got far messier since then. Places can clearly channel both dimensions depending on the beholder; others have evolved under neoliberalism in very different ways that were unforeseen even late last century. Place-making has emerged as a multi-million-dollar industry aimed at creating meaningful sites.

Place research has exploded in various and nuanced directions; there is no more black and white. As prominent place academic Tim Cresswellproclaims:

Place is made and remade on a daily basis.

Place is political and contested. Geographer David Sibley argues every act of inclusion is defined by an act of exclusion.

This could be as blatant as physically keeping out the unwanted (such as the Great Wall of China), a shift in the ownership of “public” spaces, or applying policies that prohibit the presence of “unwelcome” activities, whether in the name of public good or otherwise.

Such protectionist mentalities seem to be running rampant on current global political stages.

Elsewhere, much investment is made into actively changing place identity – with varying degrees of success. Regardless, branded place-making is now big business. It is part of urban renewal initiatives in transforming disused or “out of date” areas into higher-density, often boutique (and therefore premium) places.

Professional place-makers supposedly have the expertise to take downtrodden places, wave their magic wands and create new and exciting precincts for us to enjoy. But do these projects always succeed in changing urban fortunes?

The development of place-making

The concept of place-making has its origin in the 1960s, when academics and urban activists like Jane Jacobs and William H. Whyte promoted a more human-centred (re)design of cities to counter the anodyne steamroller of international modernism.

Since then, however, governments and private industries alike have dreamt up big ideas – and spent big dollars – in creating “memorable” places in the service of triple bottom line sustainability, though often especially the economic dimension. Paradoxically, this global phenomenon can account for an uneasy new form of placelessness as similar solutions are adapted in diverse settings.

The commercialisation of ‘place’ extends beyond urban design and even to clothing chains. Edgar Liu

Great designs help in creating a distinctive and unique sense of place, but design alone cannot solve all. As a regeneration consultant recently wrote:

The people and place disconnect – or what Relph termed placelessness – has changed and evolved since the 1970s and so have our interpretations, perceptions and experiences of it.

The key point is that process is as important as product. Good design must have the people at heart. And to do that one must first listen to the people.

We all play critical roles in how place identities come to be. There is a great diversity of views but also wisdom in crowds.

So the turn is towards consultative and, better still, participatory exercises even in large-scale projects alongside small-scale, community-led projects and on to more DIY and guerrilla-style urbanism.

The united aim is to invest nondescript places (by almost any criterion) with new attractiveness and meaning. This frequently involves respecting individual and collective memories of the past.

As this is played out through private development, the catch is that return on investment becomes a critical driver. New places, reinvented places and what French philosopher Marc Augé termed non-places will all tend to blend authenticity and anonymity.

Place is messier than it ever was, and our engagements with it too. That is why we set out to see how Relph’s simple binary had been disrupted in a new collection called Place and Placelessness Revisited.

This surveys our connections to place in many different settings – civic squares, playgrounds, airports, shopping malls, even public toilets. All serendipitously point to place as a fascinating multiplicity.

We invited Relph to have the last word. He declared without nostalgia that the either/or of his original formulation was “obsolete”. In the new millennium, as discomforting as it may seem, nothing about place “can be taken for granted”.

New cities? It's an idea worth thinking about for Australia