Opinion Slaves to speed, we'd all benefit from 'slow cities'

Cities around the world are reducing traffic speeds and improving access to local services and activities by public transport, cycling and walking. They are now reaping the many 'slow city' benefits. 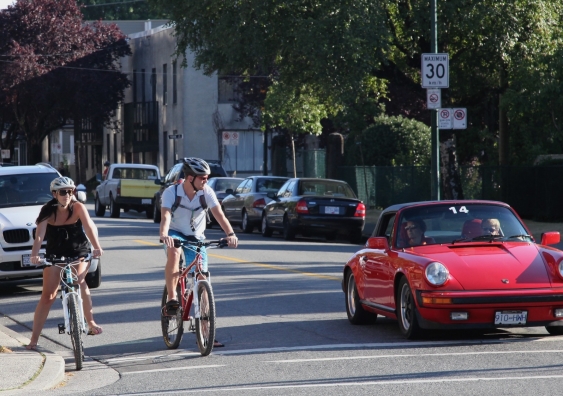 Slowing transport in cities provides immense benefits for the health of people, economies and the planet, so why are we still obsessed with speed?

There is more to life than increasing its speed.

This speaks to our own physical and mental well-being, as well as to the health of cities in the broadest sense. For the past century we have been told, and largely accepted, a story that “faster travel will save time and make everyone better off”. This is myth rather than reality.

How do people behave when faster travel becomes possible in cities? We assume they get to destinations faster and “save” time. But the sprawl that comes with speed means more time is spent on travel, and people have to work longer hours to pay for all the costs of speed.

A great paradox of modern times is that the faster we go, the less time we have. More time can be saved by slowing city transport than by speeding it up.

Speed takes a profound toll on our lives. Higher city speeds increase road deaths and injuries, air pollution, physical inactivity, infrastructure costs, energy demands and climate emergency impacts. As long as models, policies, investment, attitudes and behaviours are based on the belief that “faster is always better”, urban planning will be unable to resolve the current climate and ecological crises. 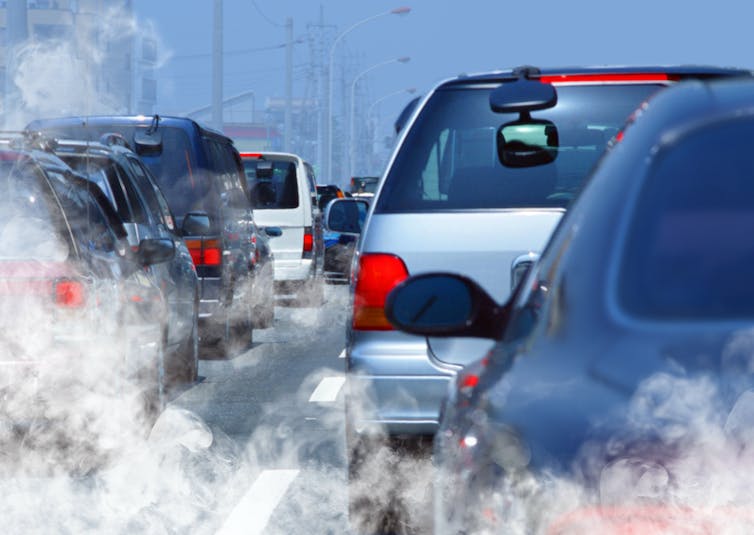 The all-consuming quest for speed is expensive and bad for both our well-being and the planet’s. Photo: Shutterstock

Read more: Coronavirus reminds us how liveable neighbourhoods matter for our well-being

How to conquer our speed addiction

An alternative to trying to go faster is to “slow the city”, as we explain in our book, Slow Cities: Conquering our speed addiction for health and sustainability. Instead of “mobility” (how far you can go in a given time), the goal of the “slow city” is accessibility (how much you can get to in that time).

In accessibility-rich places you don’t need to move fast. Hence walking, cycling and public transport are preferred ways to travel. These slow, active modes are also the healthiest and most sustainable modes.

A “slow city” strategy draws on many strands of planning policy, including:

Read more: We should create cities for slowing down

Achieving these goals requires a new vision for the city. As Carlos Pardo asked in his presentation at UN Habitat in 2017:

“Why don’t we start thinking about speed as a problem rather than as a solution?”

Many cities are doing just that.

Elements of slow cities have been implemented successfully throughout the world. Examples include Oslo and Helsinki, Paris and Bogotá. These cities, and many others, have lowered motorised traffic speeds and increased active travel.

Read more: Superblocks are transforming Barcelona. They might work in Australian cities too

Pontevedra in Spain demonstrates how slowing transport across an entire city benefits all types of health. After the city reduced speed limits to 30km/h, physical activity and social connection improved as more people walked. From 2011 to 2018, there was not a single traffic death.

CO₂ emissions fell by 70%. A 30% increase in business revenues in the city centre presents a strong economic case for slow cities. 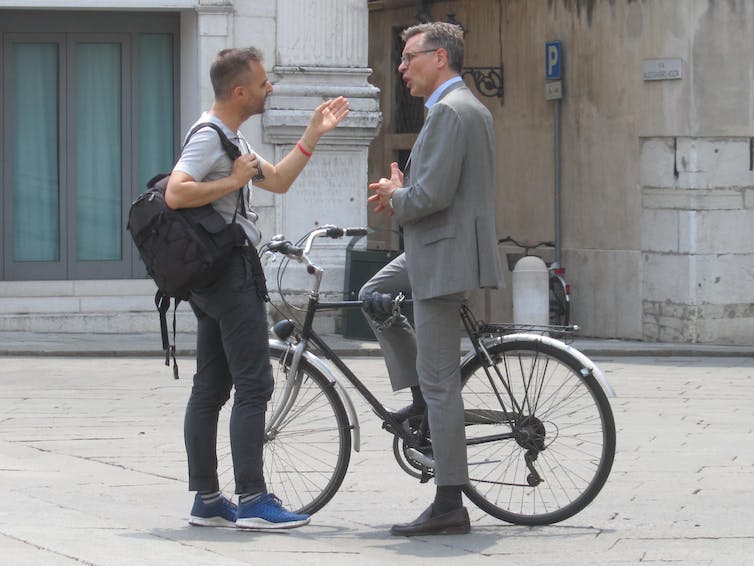 Does this mean we all need to live in higher-density inner-city “European” environments, with narrow streets and nearby destinations, to reap the benefits of slowness? No it doesn’t. There are already suburbs – in Japan, for example – that work in a “slow city” way, with plentiful walking, cycling and public transport, and relatively low traffic speeds.

Read more: What Australia can learn from bicycle-friendly cities overseas

Slowing cities does not mean turning our backs on suburbia. “Sprawl repair”, “play streets” and “slow streets” can produce benefits even in car-dominated cities such as in North America and Australasia.

In the 21st century various “slow movements” – “slow food”, “slow parenting”, “slow tourism” – have gained traction. Hence “slowing the city” may be a more feasible and appealing concept to planners and city residents than “encouraging active travel” or “curbing car use”.

Already, COVID-19 has helped us think about alternative uses for streets in the city. Local, slow, “park-like” spaces have been created from reallocated traffic lanes, creating safe space for people rather than for speed.

Read more: What next for parklets? It doesn't have to be a permanent switch back to parking

While our cultural obsession with speed might prompt some to question or even ridicule “slowness”, it is worth considering the slow city dividend. Slow cities have less inequality, less air pollution, less road trauma and lower greenhouse gas emissions. They are more competitive in the global economy, with higher tax yields and GDPs.

Our new Manifesto for 21st Century Slow Cities is intended to guide progressive politicians, practitioners and citizens in efforts to end the damaging culture of speed in the city. Slowing the city may be an effective treatment for many debilitating urban conditions. If you want your city to be healthier, happier, safer, wealthier, less unequal and more child-friendly and resilient, just slow it down.

Read more: Smart cities aim to make urban life more efficient – but for citizens' sake they need to slow down