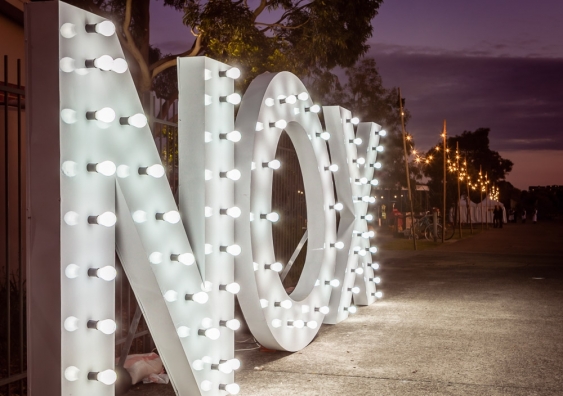 Residents of Sydney's eastern suburbs will be treated to a moon-lit exhibition of illuminated sculptures and sound installations created by UNSW Art & Design students this weekend.

Third-year Bachelor of Fine Arts students have developed 27 artworks for the NOX night sculpture walk at Randwick Environment Park in partnership with the Randwick City Council.

The solar-powered artworks have been installed to take advantage of the 1.5km walk around the park and surrounding wetlands. They range from video and performance works to lighting and sound installations.

Led by Art & Design lecturer and Director of UNSW’s Environmental Research Initiative for Art Allan Giddy the students have developed renewable energy-powered sculptures aimed at exploring how artists engage with the public in the 21st Century.

“When students exhibit in a setting like a public park their art becomes the interface between themselves and visitors – they need to learn to talk about their works with the public, and to consider their audience when coming up with concepts,” said Giddy. 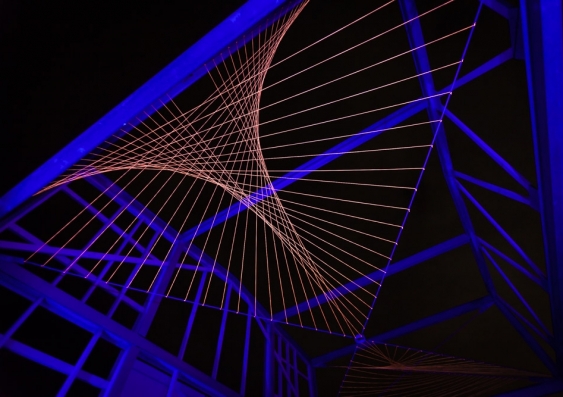 "Our final aim was to reinvigorate the site using art as the lure, encouraging people to take the walk at night."

“The students had to think about durability in the construction of their sculptures and how to power them without electricity,” says Giddy, whose own sculpture and installation works rely on alternative energy systems.

As a result of working together on the exhibition the students have started an art collective called 99 cents that aims to bring vibrant new work to the Sydney arts scene.

Elle van Uden and Ben Allen's light sculpture Tye, is made of fluorescent nylon string woven between the steel beams of a former WWI naval store at the park.

“I was inspired by the history of the structure,” she said. “The name, Tye, is a reference to the rope used in naval stores to suspend ships when they are being worked on,” says van Uden.

“From certain angles the curves I’ve created with the string look like a ship’s hull.”

The students will be on site every night to discuss their works with the public.

Live music, food trucks and a licensed bar will also be available.

NOX runs for three nights only, from 11 to 13 September. Click here for the exhibition program and map.