Opinion Taxing empty homes: a step towards affordable housing, but much more can be done

With thousands of people sleeping rough in our major cities each night, vacant ‘ghost’ apartments are a source of public outrage, writes Hal Pawson. 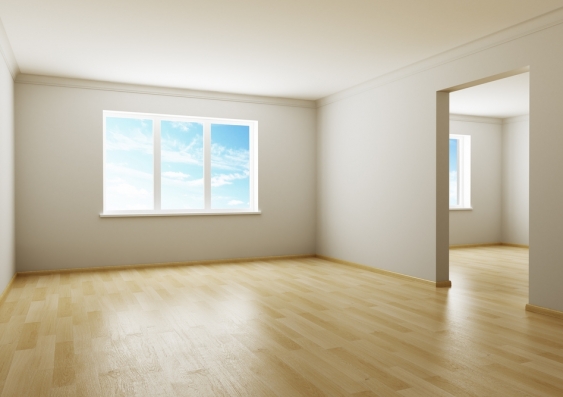 Empty property numbers are up by 19% in Melbourne and 15% in Sydney over the past five years alone. Photo: Shutterstock

OPINION: Vacant housing rates are rising in our major cities. Across Australia on census night, 11.2% of housing was recorded as unoccupied – a total of 1,089,165 dwellings. With housing affordability stress also intensifying, the moment for a push on empty property taxes looks to have arrived.

The 2016 Census showed empty property numbers up by 19% in Melbourne and 15% in Sydney over the past five years alone. Considering that thousands of people sleep rough – almost 7,000 on census night in 2011, more than 400 per night in Sydney in 2017 – and that hundreds of thousands face overcrowded homes or unaffordable rents, these seem like cruel and immoral revelations.

Public awareness of unused homes has been growing in Australia and globally. In London, Vancouver and elsewhere – just as in Sydney and Melbourne – the night-time spectacle of dark spaces in newly built “luxury towers” has triggered outrage.

This has struck a chord with the public not only because of its connotations of obscene wealth inequality and waste, but also because of the contended link to foreign ownership.

Against this backdrop, the Victorian state government has felt sufficiently emboldened to legislate an empty homes tax. Federally, the shadow treasurer, Chris Bowen, recently backed a standard vacant dwelling tax across all the nation’s major cities.

Also, as in Vancouver, tax liability relies on self-reporting, which is seemingly a loophole. This might be less problematic if all owners were required to confirm their properties were occupied for at least six months of the past year. But that would be administratively cumbersome.

This highlights a broader “practicability challenge” for empty property taxes. For example, how do you define acceptable reasons for a property being empty?

In principle, such a tax should probably be limited to habitable dwellings. So, if you own a speculative vacancy, what do you do? Remove the kitchen sink to declare it unliveable?

How can we be sure a home is empty?

Lack of reliable data on empty homes is a major problem in Australia. Census figures are useful mainly because they indicate trends over time, but they substantially overstate the true number of long-term vacant habitable properties because they include temporarily empty dwellings (including second homes).

According to University of Queensland real estate economics expert Cameron Murray, a national tax that entirely eliminated this glut might moderate the price of housing by 1-2%. Therefore, although worthwhile, dealing with this element of our inefficient use of land and property would provide only a small easing of Australia’s broader affordability problem.

Making better use of a scarce resource

Taxing long-term empty properties is consistent with making more efficient use of our housing stock – a scarce resource. A big-picture implication is that tackling Australia’s housing stress shouldn’t be seen as purely about boosting new housing supply – as commonly portrayed by governments.

It should also be about making more efficient and equitable use of existing housing and housing-designated land.

Penalising empty dwellings is fine if it can be practicably achieved. That’s especially if the revenue is used to enhance the trivial amount of public funding going into building affordable rental housing in most of our states and territories.

But empty homes represent just a small element of our increasingly inefficient and wasteful use of housing and the increasingly unequal distribution of our national wealth.

One aspect of this is the under-utilisation of occupied housing. Australian Bureau of Statistics survey data show that, across Australia, more than a million homes (mainly owner-occupied) have three or more spare bedrooms. A comparison of the latest statistics (for 2013-14) with those for 2007-08 suggests this body of “grossly under-utilised” properties grew by more than 250,000 in the last six years.

Our tax system does nothing to discourage this increasingly wasteful use of housing. It’s arguably encouraged by the “tax on mobility” constituted by stamp duty and the exemption of the family home from the pension assets test.

In many cases, getting an approval is just part of land speculation. The owner then hoards the site until “market conditions are right” for on-selling as approved for development at a fat profit.

Properly addressing these issues calls for something much more ambitious than an empty property tax. The federal government should be encouraging all states and territories to follow the ACT’s lead by phasing in a broad-based land tax to replace stamp duty.

Such a tax will provide a stronger financial incentive to make effective use of land and property. The Grattan Institute estimates this switch would also “add up to A$9 billion annually to gross domestic product”. How much longer can we afford to ignore this obvious policy innovation?

Acknowledgements: Thanks to Laurence Troy for statistics and Julie Street for background research.