Opinion Tread carefully when you enter in the density goldmine

High density housing promises to revitalise our cities but there's a risk it could become the dystopian overdevelopment many fear, writes Bill Randolph. 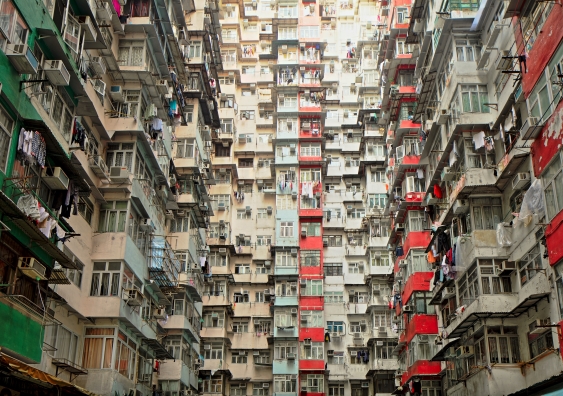 OPINION: We've all heard about the ‘Brawl over Sprawl’.  Well, now we have the ‘Dust up over Density’.  The stakes, as well as the buildings, are high because this is all about how we pay for the key infrastructure our city desperately needs.

The current furore is over the proposed redevelopment of the Waterloo estate in inner Sydney linked to the delivery of a new Metro station, with UrbanGrowth NSW once again under fire. There are clear echoes of the controversy that erupted in 2014 when the White Bay renewal precinct was announced.

These are contested locations with multiple stakeholders and vocal, well-organised local communities. As the debate over urban renewal and high density development reaches new heights, it’s worth stepping back and asking how we got to be in this position.

Most of us city dwellers understand that change has to happen in urban areas. Density is part of that change. There was a time when progressive urbanists saw the “compact city” as the antidote to urban sprawl. The benefits of “building up rather than out” was an unalloyed Good Thing. The compact city offered a range of unquestionable benefits – environmental, social and economic – that a thousand academic texts and commentaries loudly proclaimed.

A decade of metropolitan strategies in Sydney has clearly flagged that urban renewal is the way the compact city will be delivered, often in the form of higher density residential housing associated with transport infrastructure.

This policy position was justified for a number of reasons, but above all was the over-riding issue of housing supply – density is a way of providing more homes more efficiently in better locations and of a size and price the growing cohort of smaller households can afford. Other co-benefits, such as reactivating town centres, getting people to walk more, reducing car dependency and stimulating the cultural economy, were also linked in.

The indicative massing strategy for the Central to Eveleigh study area. Photo: City of Sydney, UrbanGrowth

Density was the solution to many of our problems.

But the spat over Waterloo reveals a new, potentially worrying, development in the evolution of our rationale for density. With prices pumped by the investor-driven price boom, developing highrises has never been more profitable. Encouraged by an increasingly permissive planning and regulatory system, the development industry has made hay while the density sun shines.

But this largesse begs the question of how financial benefits that density has generated are shared. The new phrase on the block is “value capture” – the attempt to return some of the value created by public action, be it a new metro line or rezoning, back to the public purse.

This should be supported. It’s not a new idea – developer levies, voluntary planning agreements and density bonuses being contemporary examples of how governments have tried to recoup some of the value created by planning decisions to provide services and infrastructure new development generates demand for.

But we may be entering new territory with the current value capture debate. While density was justified in terms of the benefits it might bring to urban populations, the logic was clear. But it did not drive the scale of the development itself. However, the rationale for density is shifting.

Density is now becoming an end in itself in order to generate the money to pay for infrastructure that government would prefer not to fund through other means: public debt and taxation. And public land is now the goose that offers to lay the golden egg. The building boom has recapitalised these public assets in a way Treasury finds irresistible. Whether the densities are a good or bad thing is not the point. It’s why we are doing it that matters.

Put simply, there is a danger that greater density is being justified as a mechanism to pay for new infrastructure, rather than primarily to meet the needs of our growing population. One of the reasons the new Metro was routed under Waterloo was that this was an available block of public land that could generate value to be captured. Sydney University could not offer the same benefits.

Government will no doubt say “What’s the problem? We can get the benefits of density and pay for new infrastructure at the same time”. The problem is the value capture tail is in danger of wagging the density dog. We need to tread very carefully along the value capture road if the bonus promised by density to revitalise our cities is not turned into the dystopian overdevelopment many fear.