A computerised headdress, a garment that breathes in response to air quality … Tricia Flanagan blends technology and clothing to push the envelope of everyday life. 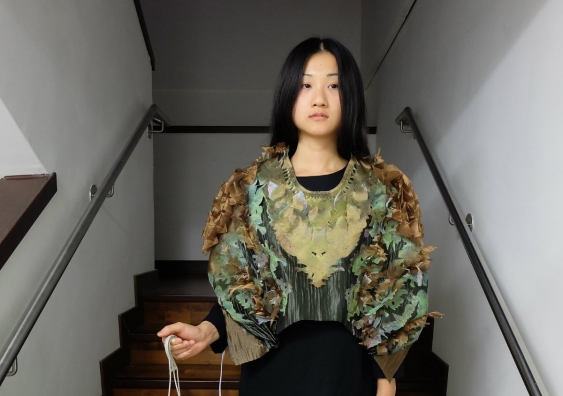 For Tricia Flanagan the body is always political. “Wearable technology is like a portable conversation starter. It’s the perfect space for political statements. Our bodies are the last bastion of privacy and clothing marks the border between public and private,” she says.

Dr Flanagan comes to UNSW Art & Design from Asia where she established the Wearables Lab at the Academy of Visual Art at Hong Kong Baptist University – an innovative transdisciplinary laboratory designed to explore the intersection between art, science and technology through wearable art.

With wearable art I get to explore the border between public and private.

“The intelligence that arises when humans and computers are inextricably linked has always intrigued me,” says Flanagan.

One of her more theatrical creations, Blinklifier, prompts both viewer, and wearer, to observe facial gestures as a way of communicating, something Flanagan thinks of as under threat in our contemporary world of digitally augmented communication.

The computerised headdress, which was designed for Hong Kong Fashion Week, lights up according to the wearer’s eye movements which are captured by dramatic, metallised, false eyelashes and conductive eyeliner. 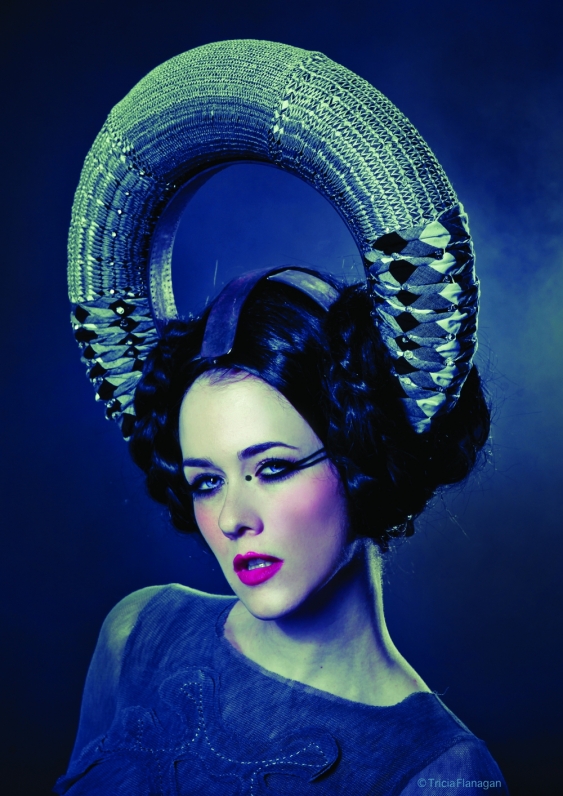 “My aim with Blinklifier was to amplify human emotions,” says Flanagan. “We innately understand subtle eye gestures because they are part of our everyday communication, but in contemporary culture communication is largely mediated through portable digital devices.”

A more overtly political statement is BIOdress, a garment which appears to breathe (or not) in response to the environment’s air quality.

Created by The Walter Collective, a group of designers that includes Flanagan, BIOdress was designed with thermochromic dyes to make the garment change colour according to the level of air pollution, while the shoulder pleats expand and contract, replicating human lungs.

Despite the technical expertise involved in creating these garments, Flanagan’s works almost always incorporate traditional crafting. Smocking, pleating, embroidery, dyeing and basket-weaving are all “mashed up” in her art, something she partly attributes to her early career.

An accomplished fashion designer, Flanagan began work in the rag trade as a 15-year-old dispatch girl for Lisa Ho and Table Eight in Sydney’s Surry Hills. From there, her skills multiplied, encompassing costume design, pattern making, the launch of a successful children’s wear label and, more unusually, a qualification as an ornamental blacksmith.

After completing her Masters of Visual Art at the Bauhaus University Weimar in Germany, and a Doctorate of Philosophy (Public Art) at the University of Newcastle, Flanagan headed to Hong Kong to establish the Wearables Lab.

“The leap from public art to wearables didn’t seem that big to me. As a public artist you have to define the line between what’s public and what’s private, it’s a very political discussion, whereas with wearable art I get to explore the border in between.”

In November she will visit Parsons School of Design in New York to present Time Geography, a portable knitting machine that Flanagan hacked to track her movements, location and body temperature which were then translated into knitted garments.

“It’s basically a system of clothing and textiles production that is determined by the body’s mobility and the environmental climate surrounding it.”

Time Geography is an extension of a previous project, BODYecology, an interactive, computerised dyeing/weaving/sleeping machine that documented Flanagan’s sleeping patterns by translating them into a woven blanket.

“My sleeping state determined the colour of a hand-spun, merino, lambswool thread that was constantly drawn across a portable dyeing machine. When I was sound asleep the thread would dive deeply into the indigo dye bath. When I was lightly sleeping the wool would only lightly skim the surface,” Flanagan says. 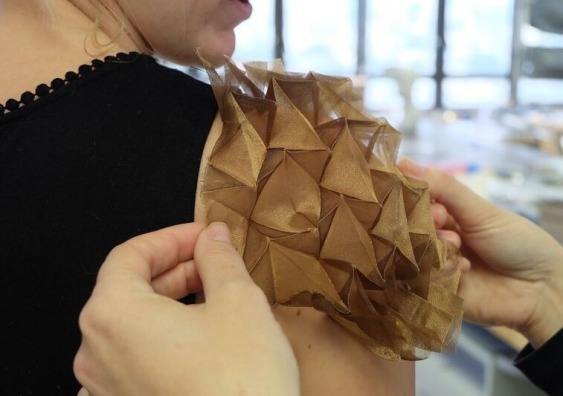 The resulting variegated coloured thread was woven into a blanket during the day, becoming a physical embodiment of the artist’s experience of sleep.

Energy and ideas are something Flanagan readily admits she isn’t short of and she sees plenty of opportunities for her research to eventually flow into industry applications.

Responsive bedwear for hospital patients that alerts nurses to health complications by changing colour, blankets for plane passengers that reflect sleep patterns, and clothing for school children that mirrors attention levels are just some of her ideas.

“These are critical and speculative ideas that in some cases are based on emerging or future technologies, but I definitely won’t be bored in my retirement. Don’t worry about that,” she laughs.