Lucy Turnbull AO, Chair of the Greater Sydney Commission, has established a new UNSW scholarship aimed at increasing the number of women in leadership roles in the built environment industry. 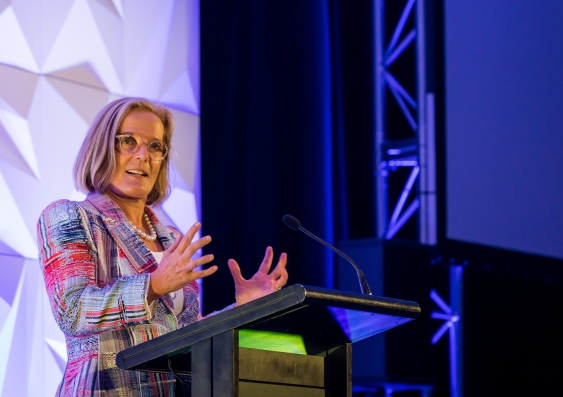 The Turnbull Foundation, at the initiative of Lucy Turnbull AO, Chair of the Greater Sydney Commission, has established a new UNSW scholarship aimed at increasing the number of women in leadership roles in the built environment industry.

Ms Turnbull, who was appointed Adjunct Professor at UNSW’s Faculty of Built Environment last year and was awarded an honorary Doctorate of Business by the AGSM, said she established the scholarship to help talented women accelerate their career development and leadership capabilities.

“Women increasingly are instrumental in shaping our cities through the planning, design and construction industries, but more often behind the scenes,” Ms Turnbull said.

“The key is to move more women into leadership roles where they can have a seat at the table and tangible impact, shaping not only the form of our cities but the way they are made, and play a greater role in identifying great urban form and design that is also feasible and practicable to deliver,” she said.

Dean of UNSW Built Environment Professor Helen Lochhead said not enough women reached senior positions in the built environment sector because their careers tended to stall at the mid-way mark in traditional settings.

“At UNSW we have very good admission and graduation rates for women but problems often arise mid-career because workplace expectations don’t align with the needs of a diverse workforce.”

Recent research revealed only 24% of registered architects in Australia were women, despite 40% of women graduating from Australian architecture schools for more than 20 years. Conversely, women were well represented in government roles and small business, which more readily accommodate flexibility.

Professor Lochhead initiated UNSW’s annual Engaging Women in Built Environment networking event, which aims to increase women in leadership roles by 50% within the next eight years.