A 3D immersive artwork offering a unique perspective on the infamous Parramatta Girls Home is screening at the South by Southwest Film Festival. 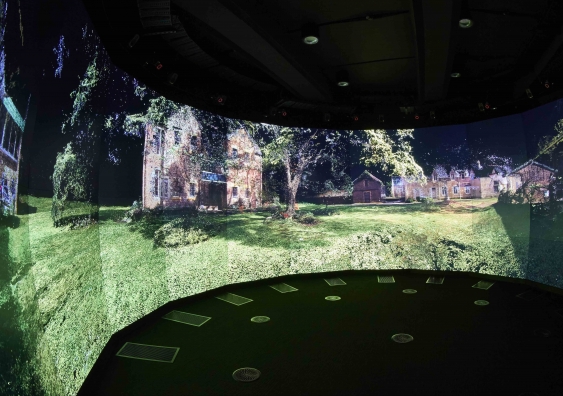 A 3D immersive artwork created by UNSW Sydney and set in the site of the former Parramatta Girls Home is having its North American premiere as part of the South by Southwest (SXSW) Film Festival.

Parragirls Past, Present is one of 25 projects being presented in the Virtual Cinema section of the famous festival in Austin, Texas.

Parragirls Past, Present offers a virtual tour of the facility that became infamous as a place of abuse, punishment and humiliation. Visitors don 3D headsets and are guided through the largely derelict site by voiceover narrations telling the stories of the young women who lived in the institution.

The work, a collaboration between survivors and UNSW Art & Design, had its world premiere last year as part of the Big Anxiety festival, Australia’s first high-tech festival exploring the experience of anxiety through art, science and technology.

Unlocking memories of institutional ‘care’, the deeply moving immersive experience offers a unique perspective on the Parramatta Girls Home. The narration tells personal histories about what girls experienced at the facility, challenging the official narratives.

Rather than following the trend in CGI to generate ever more realistic depictions, Parragirls Past, Present uses point-cloud representation – where the site is reconstructed from a three-dimensional set of points – to offer an abstract reconstructed reality. Much like the way human memory operates, the visuals are mutable, constructed and fragmented.

How narrative visualisation can help combat misinformation about COVID-19

Autism and the arts: making a space for different minds