Angelica Mesiti’s ASSEMBLY was inspired by a 19th-century stenographic device. 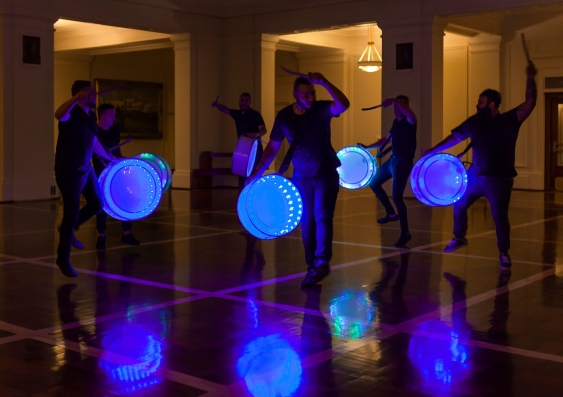 The UNSW alumna came across a Michela Machine, a 19th-century stenographic device invented by Italian musician Antonio Michela Zucco, who, Ms Mesiti says, was “inspired by the universality of musical notation to create a form of recording that could be universally understood”.

The typewriter-style machine was adopted by the Italian Senate in 1880 as a way of preserving transparency within government.

“So it's been the witness to many historical upheavals over a century. This device was really interesting and exciting to me because of that kind of history, but also because it looks like a piano keyboard – it has black and white keys,” Ms Mesiti says.

The stenographic machine prompted the video artist to start thinking about the relationship between music and lawmaking across many different societies and cultures.

“I had this question that led the project: What kind of music would be generated if we were to translate a text through this machine into music?” she says.

The result is ASSEMBLY, a three-channel video and installation created by Ms Mesiti during a two-month residency at UNSW Art & Design for this year’s Venice Biennale, one of the most prestigious cultural institutions in the world.

In ASSEMBLY, Ms Mesiti says, a communal gathering is a means for making those with authority recognise the collective power of ‘the people’.

“ASSEMBLY is looking at all the meanings of that word, at this historical moment where we are dealing with multiple crises, whether it's political, humanitarian or environmental,” she says.

“More than ever, we feel the human need to assemble, to come together, to exchange, for individual voices to be heard, that are coming from different perspectives.”

She says the idea is explored through a series of translations and reinterpretations, both musically and choreographically, through performance and a range of generative actions that take place within the work. 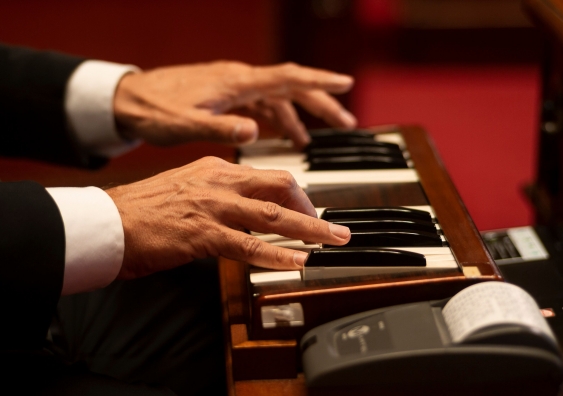 The artist used the high recognition factor of the Venice Biennale to approach David Malouf for the project: the poet and eminent writer obliged, allowing her to use his poem To Be Written in Another Tongue.

“I've tried to take advantage of that in approaching people and institutions and do things that I haven't really been able to do in the past,” she says, adding that around 40 people were involved in her largest project to date, including composer Max Lyandvert.

“I work with a team of sort of film and sound specialists and craftspeople, musicians and performers from across Sydney, from different backgrounds, from classically trained to traditional performers,” she says.

She has also had the “fantastic” opportunity to work with art curator Juliana Engberg again – this is the fourth project they have worked on together.

“There's a lot of trust in that working relationship and I feel like I've benefited a lot from her decades of experience, her incredible intelligence and her humour that she always brings to her projects. It’s been thoroughly enjoyable,” Ms Mesiti says.

Ms Mesiti follows a line of artists who have presented video in the Australian pavilion at the Venice Biennale, including Lyndal Jones, Shaun Gladwell, Daniel von Sturmer and Susan Norrie.

The artist doesn’t want to be seen as a representative of a nation – “it's too heavy a mantle to try and uphold” – but has put a lot of thought into presenting an Australian perspective in ASSEMBLY.

“I’ve thought a lot about the kind of faces I want represented within my work, the diversity within, the representation of performers, and content as well,” Ms Mesiti says.

The artist has a direct link to performance. She originally planned on becoming a professional dancer and had received a scholarship to study classical and contemporary dance in London before deciding to focus on her parallel love of art.

“I knew I wasn't going to make it as a dancer at that stage, because already by 18 you should be pretty seriously on your way, and I could just sort of see that the path ahead wasn't exactly opening up for me in that direction. University was calling,” she says. 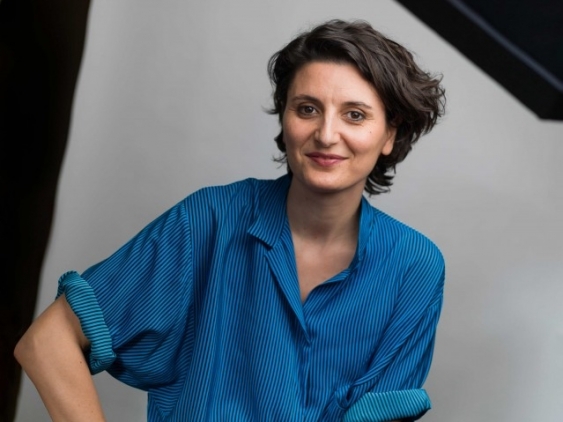 “I was just really attracted to a lot of elements within it … it encompassed performance, experimental film-making and experimental sound as an art form, there were sculptural kinds of installation aspects to it,” she says.

“It also appealed because coming from a performing background, it felt like it was familiar terrain ... in dance training you have to develop an affinity with music.”

After graduation, Ms Mesiti co-founded the Imperial Slacks artist collective, a social and cultural experiment which functioned as a home, studio and gallery in a Surry Hills warehouse.

She also worked as an assistant editor in the film industry and at community arts media organisation Metro Screen.

“I was never attracted to film school, it was always visual art that attracted me … I don't really see myself as a storyteller. I feel like I come from a much more experimental background,” Ms Mesiti says.

“I was a really keen drawer when I was a kid. I used to love reading about artistic movements and artists from different historical periods, and I collected books on art. It just always held a strong fascination for me.”

For 10 years the artist was a member of the The Kingpins collective, which emerged from Sydney’s drag scene and created performances, videos, installations and paintings which, according to Campaign Brief, “were infamous for rich, satirical commentaries delivered through humorous pastiches of mainstream culture”.

In 2007, Ms Mesiti did her Master of Fine Arts at UNSW before focusing on her solo art practice.

For the last 10 years she has been based in Paris.

Ms Mesiti says next year she will be working on a commission with the Australian War Memorial, “which is something we’ve been working on for over four years”.

“I guess I'll be looking for the next challenge – after a little break.”

How narrative visualisation can help combat misinformation about COVID-19

SEXtember turns up the heat at UNSW this spring

Found in translation: jewellery design that tells a cross-cultural narrative