UNSW's groundbreaking The Big Anxiety festival, which used the arts to promote understanding of mental heath, was the nation's best event in its very first year. And there's more to come in 2019. 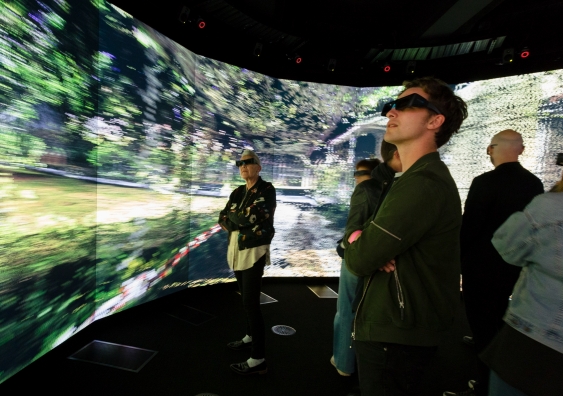 Parragirls Past, Present at the EPICentre during The Big Anxiety. Image: Skyline Productions

Led by UNSW Sydney and the Black Dog Institute, the inaugural event was the biggest mental health and arts festival in the world when it was held over two months in Sydney in 2017.

Executive and Artistic Director of the Festival, Professor Jill Bennett from UNSW Art & Design, said she was very gratified to receive the recognition because the festival filled an important gap in the arts and health sectors.

“Many of our mental health partners are conscious of the fact that services and information campaigns fail to reach large numbers of people,” she said.

“We need richer methods of engagement, and the arts are the key to this.”

She said, similarly, there had been a really positive response from the arts sector, which had always engaged with complex mental states, “but until quite recently we haven’t exploited the practical value of this”.

“We believe – in fact, we know from evidence – that art can make a difference to people’s mental health,” she said. 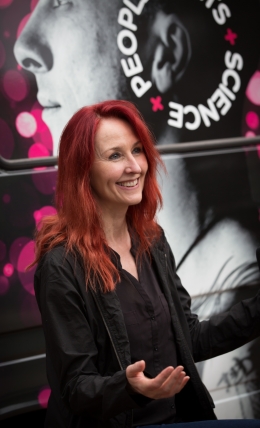 “The festival will create greater opportunities for this to occur on a bigger scale.”

Professor of Mental Health at the Black Dog Institute, Katherine Boydell, said the festival was “beyond a typical event” due to its strong underpinnings in arts, science and research.

She said the seven-week festival involved two years of planning and had strong and rigorous research foundation.

“The festival really targeted that 65% of the population who fail to seek help for mental health issues,” she said.

“We wanted to measure the response of festival attendees in terms of what they feel, what they learn and what they do as a result of their participation.

“The fact that [the award] aligns with the work we are doing is wonderful.”

The Best New Event award was presented at the Australian Event Awards in Noosa.

The Big Anxiety Festival’s vision is to create opportunities for meaningful encounters that increase curiosity and empathy, decrease stigma, support neurodiversity and promote psychological and emotional well-being in our society.

It aims to transform the ways people think about and deal with mental health via innovative experiences that include state-of-the-art immersive environments including the world’s highest resolution 3D cinema.

Professor Boydell said that by shifting the mental health conversation from a health/medical context into the cultural sphere, we could reach many people who were not “help seeking” at present.

She said evaluation of the 2017 festival revealed strong emotional impacts and also indicated how engaging with the festival might lead to positive behaviour change.

“We are excited by the indications that the kind of engagements we can provide may have far greater impact on individuals than didactic forms of mental health messaging,” she said.

“If we can generate health benefits through activities that are creative, stimulating and enjoyable, that is incredibly valuable.”

NSW Minister for Mental Health, Tanya Davies, said it was wonderful for the government to be a part of the inaugural festival, which provided innovative experiences to help people think about mental health in a different light. 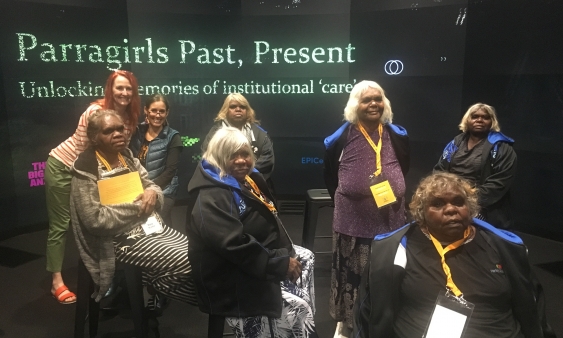 “I want to congratulate Jill and the entire UNSW team on this well-deserved award,” she said.

“The NSW government is delighted to support The Big Anxiety Festival, and I am proud to announce we will be contributing $70,000 to help make it happen again in 2019.”

Professor Bennett said the next Big Anxiety Festival would open in September next year.

“In 2019 we will be taking a deeper look at how to cultivate empathy and at how stigma works,” she said.

“We are also focusing on some urgent issues such as suicidal thinking and anxiety about the future – and will be announcing some really exciting partnerships soon.”

Professor Boydell said next year’s festival would build on the successes of what worked well at the 2017 festival.

“The Awkward Conversations program, where people could enter into conversations that they normally couldn’t have, was really well received and immersive experiences were really popular, as they create empathy and help reduce stigma.”

Autism and the arts: making a space for different minds