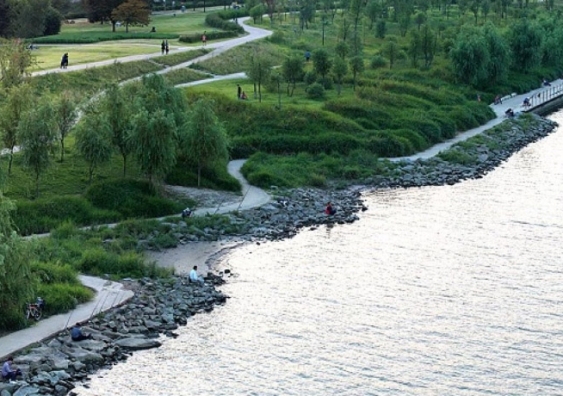 The Yanghwa Han Riverfront Park project in Seoul ... an example of the "alternative nature" concept of Junyoon Kim and PARKKIM. Photo: Supplied

Jungyoon Kim remembers fondly the regular weekend visits to the Korean countryside with her family when she was a child.

Kim’s father loved the outdoors but with almost no urban parks or open space in Seoul, home to 10 million people, there was little option but to travel out of the city to experience nature.

“Even though he was not professionally related to the architecture field, I realised I was affected by his love and insight into nature, arts, and spaces,” she says.

That experience helped shape Kim’s ideas on the experience of nature and influenced the notion of “alternative nature” developed by her landscape architecture firm PARKKIM.

Kim, founding principal of the Seoul-based PARKKIM and a Design Critic in Landscape Architecture at Harvard Graduate School of Design, will discuss the concept of “alternative nature” when she delivers the year's second Utzon Lecture at UNSW Sydney tonight.

The Utzon Lecture series, presented by the UNSW Faculty of Built Environment, focuses on the presentation of ideas from leading contributors of international significance in the design, delivery and management of the built environment. 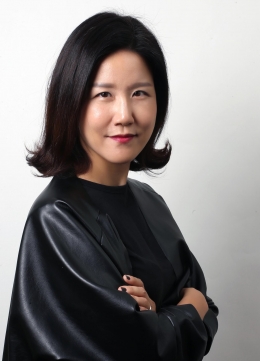 Jungyoon Kim, who will present the Utzon Lecture at UNSW on 8 May. Photo: Supplied

After graduating from the Harvard Graduate School of Design, Kim co-founded PARKKIM with Yoon-jin Park and they began to question the notions of how people could survive without parks in dense urban areas, and how people could experience nature without the help of parks.

They coined the concept of “alternative nature”, which rethought the concept of “what is natural?” within the context of contemporary East Asian urbanism, especially in Korea.

They found that instead of the Western notion of “middle landscape”, also known as “park”, there were other ways of experiencing nature.

“Through the practice of PARKKIM, we have tested the possibility of landscape architecture in urban areas that can still generate the experience of nature, without trying to mimic the look of nature,” Kim says.

One example is PARKKIM’s Yanghwa Han Riverfront Park project, part of a wider Han River Renaissance Project in which a stretch of the southern bank of the Han River was revitalized.

“I feel grateful whenever I visit Yanghwa Riverfront on Sunday morning and see the parking lots are fully occupied by those compact size cars driven by younger families,” Kim says.

Tonight's Utzon Lecture is part of UNSW’s Grand Challenge on inequality, and Kim says that placing value, resource and energy on public spaces is key to easing inequality in the urban landscape.

Kim says the availability of public space in urban areas is crucial to quality of life.

“This is especially the case for lower income families who do not usually have enough time and money to go far out of the city to be relaxed and to enjoy their weekends,” she says.

“The role of urban public space cannot be valued enough.”