Virtual intelligent design is a world-first for operatic rehearsals

Researchers will revolutionise ways of working as well as reducing labour and logistic costs. 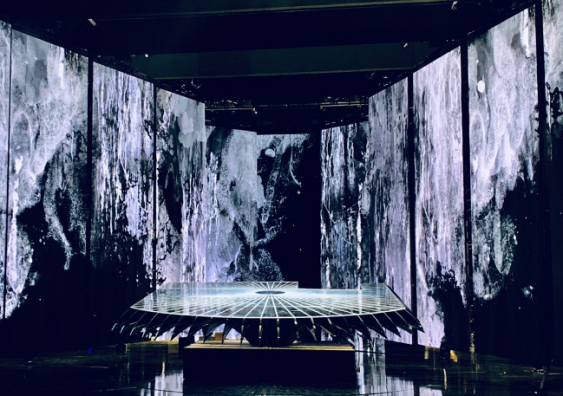 Scientia Professor Dennis Del Favero is leading a new Australian Research Council (ARC) Linkage Project with a team of UNSW researchers and the esteemed opera production designer Michael Scott-Mitchell that will transform Opera Australia’s rehearsal design. Professor Del Favero is Chair Professor of Digital Innovation at UNSW Art & Design and Director of the iCinema Centre for Interactive Cinema Research. The three-year project has received $562,000 in the latest round of ARC Linkage Project grants.

“This project demonstrates the advantages of industry collaborating with researchers in the development of the latest software technology to enhance creative decision-making,” Professor Del Favero says.

Opera Australia has the most advanced digital stage system in the world incorporating a wide range of software, robotic and mechanical components which, according to Professor Del Favero, is “why we're working with them and why they approached us”.

“Because the design, software and infrastructure elements are developed separately, the individual programming, technical and design teams never see the combined effect until the rehearsal and they are unable to control these as a unified ensemble until that point,” says Professor Del Favero.

“Rehearsals are among the most complex digital and hardware parts of production for Opera Australia. It's of great value to them to be able to streamline and pre-test that software and hardware rehearsal process – to make the decision-making a lot more effective.”

Artistic Director of Opera Australia Lyndon Terracini AM says what is being proposed has not been achieved by any other opera company in the world and it presents many challenges.

“However, if the research results are what we expect them to be, it will revolutionise how we make theatre and it will be the most significant development in theatre practice for more than half a century. It will mean we can present a number of operas on any given day, and we will be able to reduce our labour costs dramatically.

“In summary, the artistic results will be magnificent, but the savings made in labour and logistics will be just as important,” Mr Terracini says.

Modelling the software design in collaboration with machine learning

To better integrate the operation of the software before the physical rehearsal and to enhance decision-making, Professor Del Favero’s team of researchers will develop an entirely new software application that compiles all the existing software programs of the operatic production such as Premier, Rhinoceros and D3 into a new application. This enables each software and data component to operate independently and then in combination with the others. A machine learning application will analyse and learn the function and interaction between the components and provide real-time corrections to enhance its operation.

“By modelling all of these in an integrated software environment, we're providing an application where they can test all the rehearsal digital and data components, make and refine decisions, and then undertake and control a full-scale physical rehearsal based on these outcomes,” says Professor Del Favero.

The platform enables designers and programmers to work on their components in pre-existing separate programming applications – say robotic screen movement control software and robotic screen content software – and then import these into the new software application where they can test their combined interaction.

Once they have worked up a draft design in this new software, they can validate this on their laptops or upload it for 1:1 scale rehearsal on cinematic scale immersive screens. They can then remotely access the synchronised software rehearsal to test the design with groups of other programmers and designers.

Inside the unified software program, the designers and programmers have full interactive control. For instance, by synchronising the robotic and mechanical components for a specific scene, the software highlights how the interaction between the screens, revolving stages and props results in numerous collisions. The team can test a range of solutions, such as changing the rotation speed of the screens and stage. After reviewing these, the software application automatically displays a range of more nuanced solutions, including changing the physical position of the screens, stages and props. The programmers and designers review and accept one of these solutions, then integrate it into the final software rehearsal design.

“A virtual rehearsal in a 3D cinema is not only an exciting concept, it also allows the development of artistic collaboration to be fully realised and put into immediate practice. It also saves massive amounts of time in the theatre,” says Mr Terracini.

“This is the most exciting development in a lifetime.”