Opinion Was it but a dream? Post Brandis, we need a reordering of arts priorities

If the new arts minister, Mitch Fifield, abolishes the National Program for Excellence in the Arts and diverts its funds back to the Australia Council, he will increase arts funding at no cost to the budget bottom line, writes Joanna Mendelssohn. 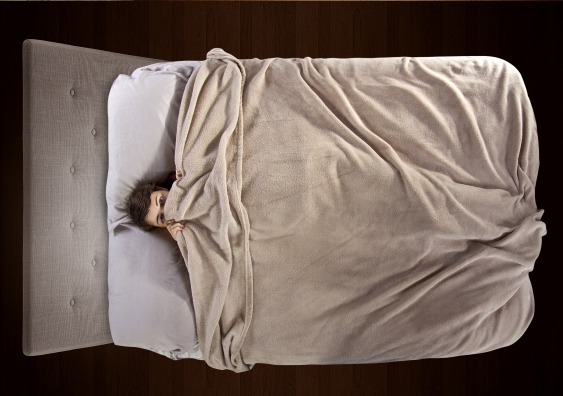 OPINION: Last Tuesday, with a huge sigh of relief, Australia awoke to a new prime minister. Suddenly it seems that the last two years have been a dystopian nightmare. Malcolm Turnbull is prime minister and, at last, after years of kindergarten antics, the adults are in charge.

People involved in the arts, as is their wont, have been especially vocal in venting their spleen at the chaotic dogma of the Abbott years.

It could be argued that the arts community was a bit unfair to the Abbott government. One aspect of the arts at least flourished under the Ancien Régime. Cartoonists and satirists simply had to visualise or perform news items in order to make comedy.

The makers of digital mischief with onions, blue ties and red budgie smugglers had a field day. The rest of the arts community took a more sober view.

Those who could, made preparations to establish their careers in Europe, the USA or China. Berlin, a city that understands the consequences of unleashed bigotry, never looked so good, especially when Angela Merkel spoke for her people.

One reason for the intensity of the arts community’s response to the Abbott government was the behaviour of the Minister for the Arts, Senator George Brandis.

In a move that indicated his desire to cling to the past, Tony Abbott had recycled most of the former Howard ministry in his 2013 government. In his first stint as arts minister under Howard, Brandis had impressed some senior arts administrators from major organisations for the way he accepted their gross flattery as a sound assessment of his abilities.

The ability to flatter the wealthy and the powerful is an essential tool in the repertoire of any arts organisation seeking funding, but Brandis’s behaviour indicated he was more gullible than most captains of industry. So there was initially little disquiet when this minister was reappointed.

This was especially so as the amended Australia Council Act of 2013 had been passed with the support of all political parties. The policy shifts that came with the restructured Australia Council of 2014, with documents brandishing the heading that Australia was “a culturally ambitious nation”, was at first seen as the usual reconfiguring of an administration to suit the flavour of Abbott’s new jingoism.

There were a few signs that not all would be well. In June 2014 the minister made a unilateral decision to fund a new facility for the Australian Ballet School. At the end of the year Tony Abbott changed the prizewinner for the Prime Minister’s Literary Award.

But these were just tasters for the main event of the 2015 Budget when, without any warning whatsoever, the principle of arms-length funding for the arts was destroyed by the creation of Senator Brandis' own National Program for Excellence in the Arts (NPEA). The arts advocacy group, #Freethearts, has made an extended visual joke of Senator Brandis' ability to insert himself into any arts event. The reality, however, was less of a laughing matter.

If the government had not been so dysfunctional this kind of personal ministerial frolic, created without any of the standard checks and balances, would never have got underway. The NPEA’s creation out of money previously allocated to the Australia Council has means that many arts organisations catering to rural and regional centres are no longer viable.

Grants to individual artists, essential for buying time, have all but vanished. Larger arts organisations, especially those with the capacity to create social events that flatter politicians, were immunised from the cuts.

The new arts minister, Mitch Fifield, is in a fortunate position. If he abolishes the NPEA and diverts its funds back to the Australia Council, he will increase arts funding at no cost to the budget bottom line. He could do more. The complacency of the major organisations in the face of the threats to small arts bodies has led to talk about the relative value of subsidies.

It might be time to look again at the way Opera Australia and other flagship companies keep so sweet with government and the media. There is a good case to be made for a more cost-effective reordering of national arts priorities.

Joanna Mendelssoh is an associate professor in UNSW Art & Design.