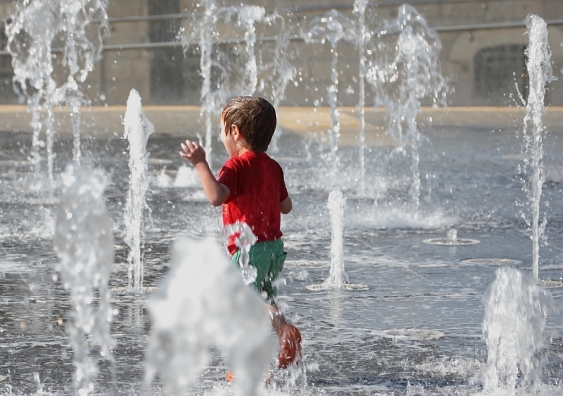 Could a fountain save a life? Groundbreaking research from UNSW Sydney and Sydney Water has found that installing more water features including public fountains, ponds and mist in western Sydney could reduce the mortality rate during heatwaves by almost 50%.

Bound between the Blue Mountains and the CBD, Sydney's west receives little relief from cool sea breezes, with summer temperatures six to 10 degrees higher than in the east. The west also has up to three times as many heat-related deaths compared to the east during periods of extreme temperatures.

“The solution is not just about planting trees, which seems to be the commonly held view,” Professor Santamouris says. “We must take a multi-faceted approach that includes using water technology and high solar reflectance, or albedo, on roofs, building facades and pavements."

By implementing these technologies, the study shows that the peak ambient temperature in Sydney's west could be reduced by 2.5 degrees and peak electricity demand could drop by almost 5%, which equals almost one million tons of avoided CO2 emissions, the equivalent of removing more than 200,000 average sized cars from the roads each year. 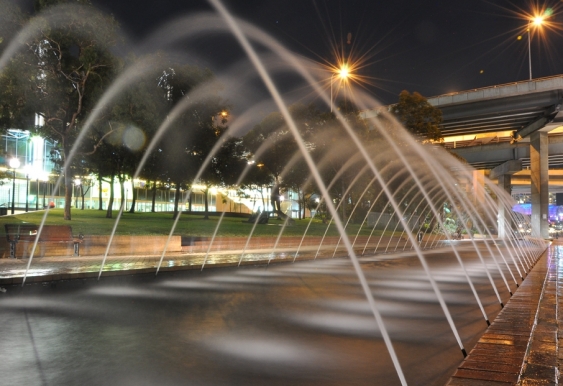 Water curtains, mist and fountains have been tested in urban public spaces around the world. Photo: Flickr

The study, in collaboration with the CRC for Low Carbon Living, examined eight sites in the west from 2014 to 2017, including Penrith, Canterbury, Liverpool, Bankstown, Fairfield, Campbelltown, Hawkesbury and Parramatta.

It found that installing water systems such as pools, sprinklers, fountains, evaporative wind towers and water curtains in combination with high-reflective materials such as infrared reflective tiles and white cool roofs can significantly lower the ambient temperature.

The research found that in the far west, this could lead to reducing the cumulative heat-related deaths from 14 to 7.5 per 100,000 people.

Energy savings from installing these technologies would save 1726 gigawatt hours (GWh) per year or 1.726 billion kilowatt hours, Professor Santamouris says. The average Australian house uses 6,570 kilowatt hours (KWh) per year. This saving is the equivalent used to power around 262,000 homes for a year.

“This means that we can’t rely solely on urban green spaces as a means of cooling the city in extreme temperatures. When trees are subjected to extreme heat stress, they go into survival mode to conserve water to keep themselves cool,” he said. 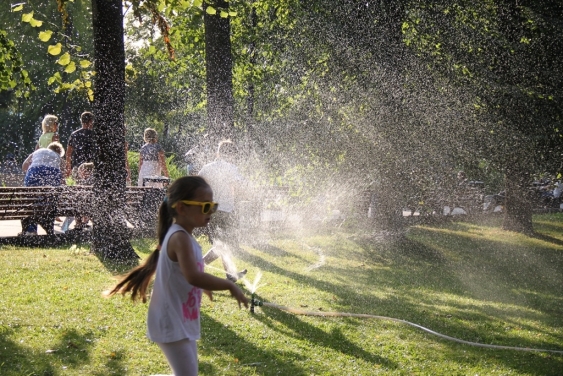 Dr Michael Storey, Manager Research Direction and Value at Sydney Water, says: “As Sydney is set to experience more prolonged summer heatwaves in future due to a changing climate, it will be critical for temperature peaks to be reduced to improve thermal comfort.

“The careful selection of water-based technologies and building materials can take the top off the peak temperatures in extreme heatwave conditions in Sydney’s west.”

Heeding the call on climate change