Radically different thinking is required in the construction industry if perennial problems like safety, productivity, industrial relations and gender diversity are to be addressed, writes Martin Loosemoore. 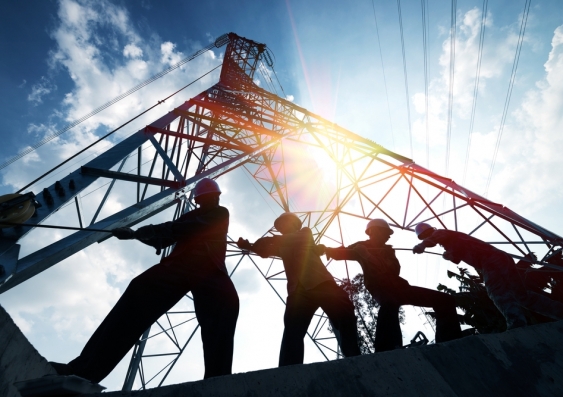 OPINION: There are several enduring areas of construction industry performance which have been stubbornly resistant to change over the past few decades.

Stagnation has occurred in productivity, innovation, industrial relations, safety, gender diversity, and reducing suicide rates. Despite many years of reform and investment by both governments and private companies in trying to improve performance in these areas, little progress has been made. In some cases, we have actually gone backwards.

For example, the Productivity Commission recently concluded that Australia held an advantage over other markets in the past, but that this advantage has largely disappeared over the last decade with falling multifactor productivity relative to other sectors.

Mental health is a ticking time bomb, with recent data showing a suicide every two days in the industry and rates of suicide among construction apprentices at twice the national average.

And in gender diversity, recent ABS statistics show that of 19 industry sectors in Australia, the construction industry performs the poorest, with women comprising only 11.4 per cent of the workforce.

Successfully addressing wicked problems like safety, productivity, industrial relations and gender diversity requires us to think differently than we have in the past to bring about the sustained changes in people’s behaviour.

We need new and innovative ways of looking at these intransigent problems, and one possible solution is to look at these issues as ‘wicked’ problems. The term “wicked problem” was first coined by two urban planners at the University of California, who argued that there were a range of persistent social problems which could not be solved by traditional approaches. Since then, the term has been used to refer to many social problems we encounter in Australia, such as Indigenous disadvantage, climate change, obesity, drug use and land degradation.

Wicked problems share a number of common attributes. First, they are difficult to define, and their nature and causes vary depending on who you ask. Second, wicked problems are highly complex and are multi-causal, involving many interdependencies between multiple stakeholders with numerous competing interests. Third, attempts to address these problems can often lead to unintended consequences which can make the problem worse. Finally, wicked problems are socially complex and usually require the coordinated action of multiple stakeholders from a variety of sectors.

For example, if the objective is to improve gender diversity in construction, then simply recruiting more women into the industry is unlikely to work without also addressing the many informal mechanisms and unconscious biases which have acted to hold women’s career progression back. Gender diversity is a highly complex problem which requires the collaboration of multiple stakeholders from numerous sectors (public, private and not for profit) to address. In fact, by simply recruiting more women without addressing these underlying behavioural and attitudinal problems, the unintended consequences may include even greater levels of discrimination and disadvantage for women in the construction industry.

The one thing we do know about wicked problems is that they are ‘sticky’ and highly resistant to change. We also know there is no ‘quick-fix’ or formula and that the majority of research in this area advocates a collaborative approach, rather than the authoritative or competitive strategies traditionally used in the construction sector. Is this perhaps where we have been going wrong?

Let’s look at each type of strategy in turn.

Authoritative strategies attempt to give the power to one group to force others to follow their proposed solution. A good example of this is the introduction of the ABCC to address the construction sector’s pernicious industrial relations problems.

While this approach can sometimes be efficient, especially in emergency situations, such solutions alone can also fail to address the underlying causes of a problem and create sustainable long-term solutions. It can also create resentment and lead to the alienation of important stakeholders who will work around the problem in other creative ways. So often, when this type of measure is taken away, the underlying causes of the problem remain and the problem raises its head once again.

In contrast to authoritative strategies, competitive strategies assume a win-lose outcome and involve pitting alternative solutions against each other with the aim of seeing which solution emerges as the winner. This philosophy underpins the government’s attempts to drive up productivity and innovation by introducing more competition into the construction industry. Construction has long been seen as a largely domestic oligopoly with little competitive pressure to reform itself.

Competitive strategies can be beneficial given the potential creation of innovative solutions in the search for competitive advantage. However, recent research shows that too much competition without proper regulation can be highly destructive, allowing unscrupulous organisations to undercut those who do the right thing by investing in local jobs, sustainability, safety and training and other important factors.

Collaborative strategies are based on win-win view solutions and joined-up thinking which recognises the interrelationships between the many factors causing a problem and the many parties needed to resolve it effectively. Collaborative strategies avoid over-simplifying a problem by reducing it down to one cause – something which we tend to do in seeking to change the construction industry, which can often make the problem worse.

Successfully addressing wicked problems like safety, productivity, industrial relations and gender diversity requires us to think differently than we have in the past to bring about the sustained changes in people’s behaviour. This will require more collaborative, holistic and flexible thinking and an ability to work across traditional organisational boundaries in new cross sectoral and supply chain partnerships which have traditionally been bounded by narrow and short-sighted confrontational and competitive approaches.