A week away with Marina Abramović

With Marina Abramović in Sydney for a two-week residency, Professor Ian Howard from UNSW Art & Design will unveil rare footage from his first encounter with the provocative performance artist. 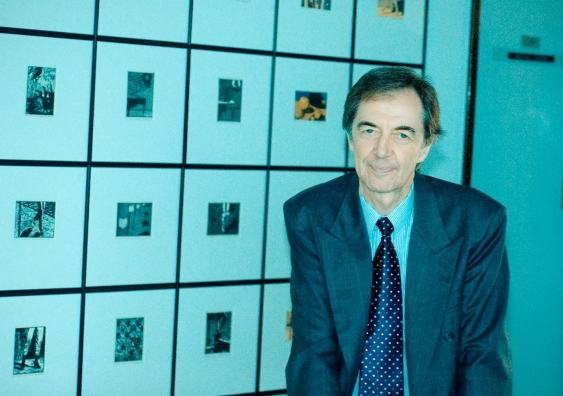 “Experimental art was reaching a pretty exciting stage,” he recalls, “and Australia was probably as exposed to performance as any other country.”

At the daring edge of this growing international scene was the Serbian artist Marina Abramović and her long-time partner and collaborator, Ulay, a German artist/photographer.

Their often-confronting work focused largely on challenging perceptions about sex and gender, and pushing the body to its physical limits.

“They were leaders in this type of endurance performance art… where the mind made a decision and the body had to adhere to the sometimes pain of it,” says Howard, the former dean of COFA, now UNSW Art & Design.

In 1981, Howard – whose own work focuses on the relationship between civilian and military cultures – facilitated the weeklong workshop for a range of of his students in the remote bushland of northern New South Wales.

The artworks produced over that “pressure cooker week” were very much in the vein of those practiced by Abramović and Ulay, and through it all, Howard kept his Super 8 mm camera rolling.

The digitised footage is now part of a documentary titled Beyond The Tick Gate, excerpts of which will screen during a panel discussion at the Kaldor Public Art Projects gallery in Sydney on Friday June 26.

Coinciding with Abramović’s residency at the gallery, the discussion will feature Howard, Kim Machan and Keith March, two of the students who participated in 1981, reflecting on their experience and the legacy of that bush workshop. 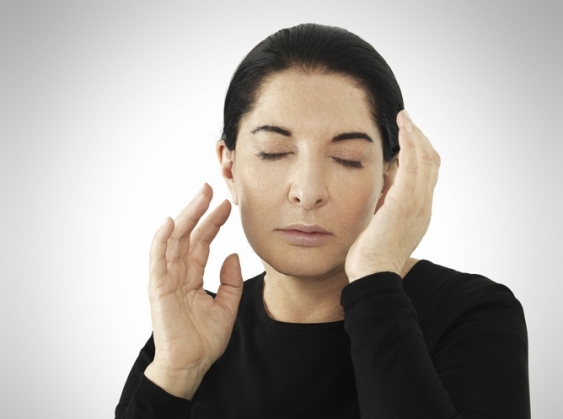 In all, 10 students took part – a number determined largely by how many could squeeze into the then art school’s minibus. The group of artists drove for 12 hours along the Pacific Highway, to a small cottage in the town of Whiporie, situated amongst hardwood forest, with a population of about 25.

Getting out of the city and into the bush was symbolic of a fresh start, says Howard. “Marina and Ulay were very interested in changing everything about the context of our living style… it was about breaking down the past and building a community anew again.”

Almost immediately, the artists began a series of “cleansing exercises” where participants weren’t allowed to eat, or speak with each other.

Howard says the “real but artificial nature of the situation” created an odd tension among the workshop’s participants – some students embraced the challenge, while others resisted being led.

“A lot had been invested,” he says. “There was this sense of expectation as the week unfolded that we had to deliver, but exactly what that was going to be, no one knew.”

Despite, or because of the pressure, the student artists, over the course of the week, delivered some very significant individual works. “I think it surprised everyone, what came out of those fast and furious circumstances,” says Howard.

“With the hyper-stimulus of being in a different environment, leading a different lifestyle, and having the leadership of Marina and Ulay, our students responded very powerfully.”

Machan – who will feature on the panel – worked her way around the perimeter of a five-acre paddock behind the cottage, weaving between fence posts strung with four strands of sharp barbed wire as she went, recalls Howard.

“By the time she got through her clothes were torn to shreds, and her body was as well… We had to take her to a medical centre in Grafton for a tetanus shot,” he says. “But we were all amazed by the work. It was this incredibly tough athletic and psychological task that she took on, driven by this concept of total commitment.”

Howard suspects the lasting impact on the students was the need to add intensity to their craft. “We all try to use our resources as best we can, but we’re never quite sure if we’re operating at the right level.”

This workshop put a “signpost out there” and gave the students a measuring rod. “If you can work at this extremely high level of intensity, whether it’s a week, a month, a year, or an entire career, then you’re likely to produce something of lasting value.”

It also reinforced a vital lesson for Howard about making the most of limited resources.

“I’ve always had an approach where we need to be careful with how we spend our resources – energy, time and money – in relation to production,” he says.

“That’s resulted in me having a rather shoddy house and car, but simultaneously spending intense time on my art practice, and helping build two great art schools, the Queensland College of Art and COFA.”

What: Beyond The Tick Gate Revisited – panel discussion and documentary

The mystical stillness of Marina Abramovic in Sydney

Fresh start for the visual arts

Burning down the house