UNSW Law's Associate Professor Cathy Sherry reveals what she has been reading over summer. 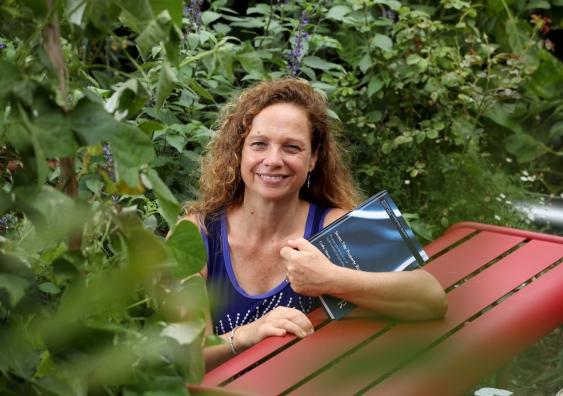 As we come out of summer holidays, I suppose it’s okay to admit that I am reading the last book of Diana Gabaldon’s Outlander series, Written in My Own Heart’s Blood. And that the last seven books I have read were Outlander books, (with Ian McEwan’s Nutshell thrown in for good measure). In my defence, I started reading the Outlander series on that sad day in November when it became increasingly apparent that Donald Trump was going to win the US presidential election. I desperately needed something to distract me from the unfolding horror.

I tend to read non-fiction, and the Outlander books are the first historical romances I have read. They are great stories and the history is fascinating. The later books are set during the American Revolution, which has required a lot of remedial history lessons on Wikipedia. Interestingly, Gabaldon began her career as a scientist at our PLuS Alliance partner, Arizona State University.

Great Australian Dissents
Edited by Andrew Lynch, UNSW Law
Cambridge University Press
• When judges disagree, those in the minority write a dissenting opinion. This book considers the great dissents in Australian law through a selection of memorable dissenting opinions. Their worth may derive from numerous factors, including their rhetorical force as a piece of legal reasoning or emotive power as a lament for the “error” of the majority; the general importance of the issue at stake; as a challenge to the orthodoxy; and, sometimes, the subsequent recognition of a dissenting opinion’s correctness.

Human Factors and Ergonomics in Practice
Improving system performance and human well-being in the real world
Edited by Steven Shorrock, UNSW Aviation, and Claire Williams
CRC Press
• This book addresses the way human factors and ergonomics (HF/E) affect a variety of industrial sectors, organisational settings and working contexts. Shorrock and Williams blend academic literature with reflections from experience in areas ranging from health care to agriculture. The book also explores what helps and hinders the core goals of HF/E.

Cold War and Decolonisation
Australia’s policy towards Britain’s end of empire in Southeast Asia
Andrea Benvenuti,
UNSW Social Sciences
University of Chicago Press
• Benvenuti assesses the impact of Britain’s end of empire in Malaya and Singapore on Australia’s political and strategic interests in Cold War Southeast Asia. The author argues that although much of the current discourse on Australia’s engagement with Asia is critical of the Menzies government, the overall attitude was far from negative.