Opinion What's halting the uptake of green technologies in the construction sector?

The construction industry might lag behind other industries in the adoption of new sustainable technologies but the sector has the potential to contribute to a more sustainable future, writes Martin Loosemoore. 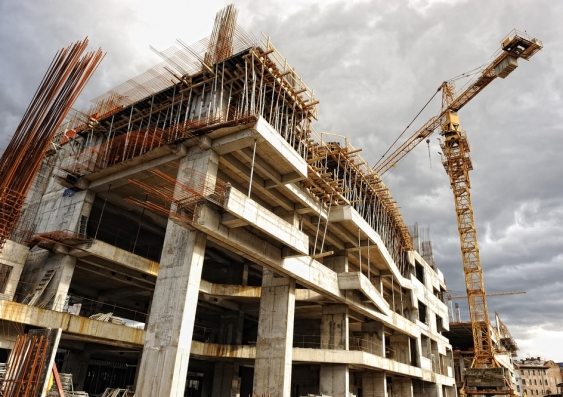 OPINION: The latest World Economic Forum’s Global Risks Report identified the global failure of climate change policy to be the greatest risk to business and society over the next decade.

The construction industry is at the centre of the climate change debate. Greenhouse gas emissions from the building sector have more than doubled since 1970 and the industry currently accounts for nearly one-third of global energy consumption, making it responsible for about one-third of total direct and indirect CO2 energy-related carbon dioxide emissions.

Energy demand in buildings is also predicted to rise by almost 50% between 2010 and 2050, and buildings in use have also been estimated to be responsible for 12% of global water use.

The construction sector also continues to contribute hugely to environmental pollution, waste and degradation. For example, in Australia, construction activities generate between 20 and 30% of all the waste entering landfills. Globally, the industry uses approximately 3 billion tons of natural raw materials (40 to 50% of the total flow in the global economy) each year in the manufacturing of building products and components.

Many of the technological advances we are likely to see in tomorrow's construction industry will be driven by the need to address the above challenges. New technological innovations will be needed to reduce our reliance on carbon-based energy production through delivering a new energy mix which will need to include: coal, gas, nuclear, hydro, biomass, wind, solar and geothermal. However, less than one per cent of the world’s infrastructure is currently in place to provide base-load electricity from sustainable sources.

Building designs will also need to change, as will the technologies we use to build them.

Taller buildings will be needed to increase urban density, reduce car dependency and reduce energy consumption. And these buildings will need to be energy generators rather than energy sinks. Researchers in Australia are experimenting with ink jet technology to spray solar cells on to curtain walling, and smart metering and new monitoring and valve technologies will provide real-time feedback to users to help them change their energy and water consumption habits.

Despite the potential contribution which the construction industry can make to a more sustainable future, it has generally lagged other industries in the adoption of new sustainable technologies and there is a lot more that could be done in encouraging their adoption.

Biomimicry is also enabling designers to replicate natural systems and reduce our consumption of natural resources, and by using nanotechnology, engineers are experimenting with smart materials that can be mixed into concrete to monitor building energy performance and create advanced paints that can clean themselves, keep buildings cool and absorb air pollutants, and hugely improve insulation properties of building materials in a fraction of the volume occupied by current insulators.

Some of these factors include:

In terms of government regulation, research shows that government policies to encourage the uptake of such technologies are largely ineffective compared with voluntary agreements and demand-related factors. It has also been found that while regulation can trigger innovation and the adoption of new products and technologies, the intent that underpins the regulations (such as reduction in carbon emissions) are often only partially achieved because it can’t control people’s behaviour in the use of those new technologies.

Politics must be managed too, since the adoption of new sustainable technologies requires changes to existing power structures, working practices and processes which are often viewed as disadvantageous by interest groups which have vested interests in maintaining the status quo.

Finally, it is vital to understand the apparently irrational motivations behind consumers' decisions to adopt a new technology and then their seemingly illogical behaviours when using it.

Recent research which looked at the role that end users (or occupants) play in the use of new sustainable solar thermal technologies in new housing has confounded common perceptions that people want more sustainable homes by showing that most households had little knowledge of, or interest in, the technology prior to moving in. Furthermore, when they did move in, their lack of engagement with the technology ensured that its intended impact was often disappointing.

The adoption of new sustainable technologies into the construction industry is clearly a complex process, for which support cannot be assumed, despite the urgent need to respond to what the World Economic Forum cites as a deepening climate crisis.

This article was first published on Sourceable.