You can live in an apartment and still have the garden of your dreams. 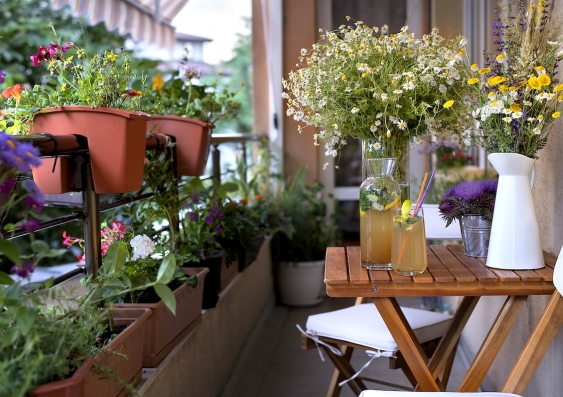 There's never been a better time to start your own balcony garden. Photo: Shutterstock.

Just because you don't have a backyard doesn't mean a garden is an impossibility. And with many of us spending more time at home, there has never been a better time to start one.

There are plenty of benefits to gardening, aside from being a fun hobby, says UNSW Built Environment Associate Professor Paul Osmond, head of the sustainable built environment program.

“Part of the joy of interacting with a garden is maintaining it – watering it, composting it, harvesting it – through the entire cycle,” the avid gardener says. “But masses of work has been done relating to the importance of nature, or biophilia, to health.”

He says that balcony gardens can be a great place to relax and de-stress.

“There are the basic health benefits of getting fresh air, getting your hands dirty, interacting with plants and nature, which is a known way of relieving stress. It also improves physical health if you're outside, and you're able to be active.”

“It exposes you to a truncated version of nature,” he says.

Working with your available space

Any space, even the size of a balcony, can be adequate for starting a garden, he says.

“Not everybody lives in a house with a backyard … [nevertheless] those who live in flats with balconies can [still] grow a lot.”

Growing herbs, vegetables, and even small fruit trees is possible, he says.

“The avenues for species selection are pretty broad. You really can choose anything you like. I would recommend lower maintenance plants just on the grounds of saving water and avoiding the use of chemical fertilisers.” 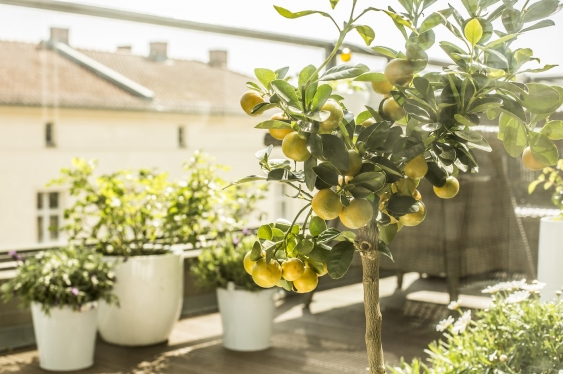 While herbs and vegetables are common, it's even possible to grow small fruit trees. Photo: Shutterstock.

Another emerging trend in balcony gardens is design integration. More recent apartment developments have started to include - green walls as well as balconies, like One Central Park vertical hanging garden, he says.

“If you're living in a city where you've got a lot of apartment buildings and you've got the option of grey walls or vertical greening, then there's a great social benefit because those views of nature, being immersed in nature is better than just looking at concrete.

“[And] if you, yourself, are looking at greening and [are] interested in plants which you can shower with benign neglect, rather than being actively cared for and attended to and maintained, a lot of our local natives are pretty hardy in that respect.”

While we're spending a lot of time at home, it's still vital to get outside in nature, the associate professor says, adding that a nature deficit can be detrimental to our health and our immune system.

“In other words, we can suffer from having too little nature, too little exposure to the natural world,” he says. “The ability to have that interaction with nature, in whatever way we can, is vital.” 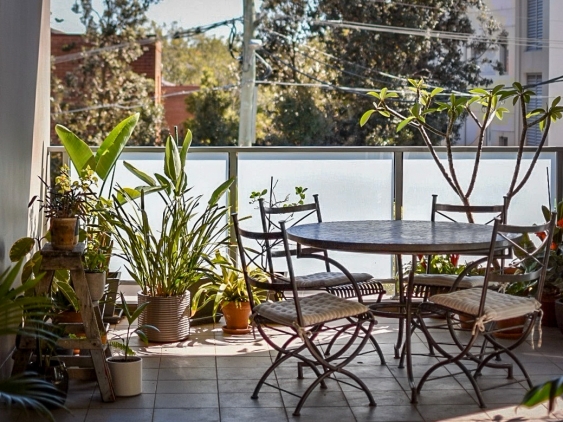 A balcony garden can be a great place to relax and de-stress. Photo: Supplied.

We need to get outdoors and get fresh air, especially now, and social distancing measures should not be misconstrued with nature isolation, he says.

“It has been misinterpreted to suggest we should be completely indoors. It's about physically distancing oneself from other people, but even if you're completely isolated, you can go outdoors; you can go into your garden, you can go onto your balcony.”

He also says having a garden can contribute to food production as an additional supplementary source of fresh produce and that some people have even successfully grown balcony farms.

“If you look at the average person, they might have two or three plants; they might be growing some herbs like mint and basil in pots on their balcony. It's still balcony gardening, albeit on a small scale.

“But there are examples where people have developed very prolific balcony gardens that have produced not an insignificant amount of food.”

Balcony gardening can also contribute to developing community cohesion and interaction while we're in social distancing, he says.

“We have these areas where there's been a lot of apartments developed; there is the opportunity for that kind of open-air balcony-to-balcony interaction, which we see at the moment in European countries.

“So again, [it] can be a great way of reducing stress and the loneliness that can be caused by isolation, where people can interact across their balconies, again in a truncated form ... collaborating and even swapping seeds.” 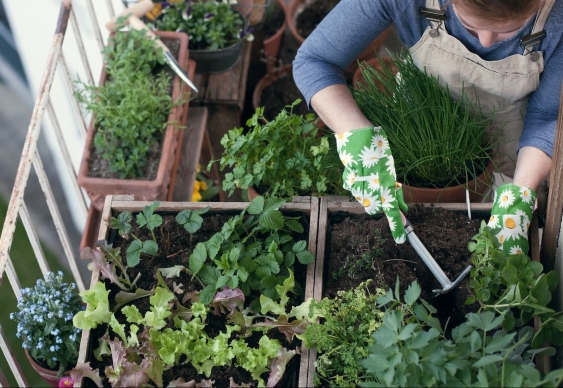 Balcony gardening: contributing to a sense of community. Photo: Shutterstock.

While it is hard to measure the impact of DIY balcony gardening, similar community movements have had a groundswell of support in recent times. He says there is no reason why apartment dwellers too couldn't easily take on a balcony garden as a form of collective social responsibility.

“If you get enough people doing it, we're talking about at least some capture of carbon dioxide, so again there's a benefit, if a minor one, but a benefit nonetheless, with respect to climate change.

“There's also a potential for biodiversity if you've got these diverse gardens with different species, bees for example and pollination, even on a balcony scale, that is helping biodiversity and wildlife.

“It is absolutely the sort of thing a healthy society should be encouraging people to do as something which provides both private and public benefits,” he says.