Foreign competition could force the Australian construction sector to adopt robotic construction processes both off and on site, argues Martin Loosemoore. 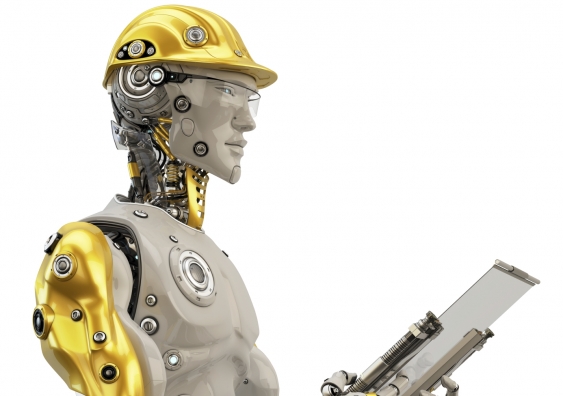 OPINION: The construction press is telling us how the future of the construction industry is in the off-site prefabrication of building components manufactured in controlled factory conditions based on digitised workshop drawings which are linked to manufacturers’ production processes.

With reports of Chinese developers building a 57-storey, 2 million square foot skyscraper in just 19 days using a proprietary prefabrication system, and with promises that construction can be sped up by as much as 90 per cent, costs savings of 50 per cent and reductions in waste of 80 per cent, the appeal of off-site manufacturing and prefabrication is understandable. Although Australian developers and construction firms have lagged their overseas counterparts in developing such technologies, recent investments by local companies like Lend Lease and Laing O’Rourke in their own off-site manufacturing facilities and design and construction systems suggest that we are also heading down this road.

However, recent research into tomorrow’s disruptive technologies suggests that advances in robotics and autonomous vehicles might return construction back to site in the future. At the very least, advances in these areas could complement advances in off-site manufacturing by fully automating the construction process both on and off site. By combining these technologies, one can easily imagine a fully automated construction site in the future. Such a site would be managed by a small team of programmers who spend their day using touch screen technologies or even verbal instructions to direct a team of robots, working alongside humans or alone, to expertly undertake tasks in an environment where waste and re-work is minimised and where accidents are almost unheard of.

In this utopian world, the construction robots work from digital designs programmed into their hardware and install pre-fabricated components manufactured from the same designs. The programmers spend most of their day optimising processes and analysing data generated by the robots as they go about their work.

While this vision of the future might seem outlandish, the technology already exists to make this reality, as it has already become reality in some industries. During the past decade, huge advances in artificial intelligence, robotics, autonomous vehicles, machine sensors, hydraulics and motors, coupled with reducing technology costs, are making it practical for robots to substitute for labour in an increasing number of industries, where the need for human emotions and relations and dexterity were once thought to make this impossible.

Robots have long been used in the manufacturing sector but are now also being increasingly used to perform surgery, serve at bars and dinner tables, clean spaces, transport drugs around hospitals, move stock around warehouses, deliver parcels and even deal with irate people on telephones. It is therefore not much of a stretch to see them being used to construct buildings in the future.

The big change that has made this feasible is the evolution of robotics from traditional programmed machines that are bolted into place and which excel at repetitive tasks in controlled factory environments, to modern robots which can move over uneven surfaces, interact with humans and visualise their environment with advanced image recognition software, responding to it, learning from it and refining what they are doing.

The emerging field of evolutionary robotics is taking us even further, creating robots that behave unpredictably, act autonomously, organise themselves and even reproduce and evolve based on the genetic information of existing robots. These robots may seem the stuff of science fiction but they already exist and will be an inevitable part of all future working and domestic lives.

Research into autonomous vehicles is also advancing rapidly and could also be used to transport materials around construction sites reducing material travels times and distances, cutting accidents from vehicle and material movements and minimising CO2 emissions from optimised travel distances and fuel economy. These vehicles are also able to collect and relay data and refining their activities as they move. In 2013, Google equipped a Toyota Prius with sensing technology and drove it 300,000 miles on simulated urban roads with only one accident, which was caused by human error. In three years, this technology has advanced immensely and it is likely that the development of autonomous vehicles could lead to the development of new forms of transport which do not currently exist which could improve construction efficiency even further.

There are of course also many ethical considerations around impacts of both robotics and autonomous vehicles on jobs, wages and living standards, particularly in developing countries. However, as with all new technologies, once these issues are resolved, consumer confidence increases and governments enact laws and regulations to encourage their use, they will become a common part of future.

Indeed, in construction, now that the growth of pre-fabrication is gaining momentum, the use of robotics on site is the next natural step. Indeed, drones and autonomous trucks are already common on large resource projects to transport materials and monitor pipelines over vast distances. Some of these vehicles in remotest Australia are even being operated from the centre of Sydney. Robots are already being developed and used by some innovative firms to undertake dangerous tasks such as demolition and hazardous material removal, to lay brickwork at three times the rate a human could do so, to help people move heavy objects that could otherwise cause injury, to spray insulation and fire retardants in awkward places, to repair the urban fabric of aging cities, to transport materials around site, to plaster walls and to print building components on site.

The rate at which robotics and autonomous vehicles will be adopted into mainstream society and work is a subject of much debate. Global sales of robots have been increasing at a steady rate of around seven per cent per year since 1995. However, the pace at which these new ideas will be adopted by the construction industry depends on a range of factors which include social acceptance, resistance from professional bodies and unions, education and skill levels around the new jobs needed to operate this new technology, demographics which create shortages of labour and the demand for such products, governmental support and economic factors such as the cost of labour, unemployment and ultimately, overseas competition.

It was Japanese technology and management systems that disrupted the way the global car industry produced cars. It is likely that foreign competition will also force the Australian construction sector to change, since there has been precious little reason for it to do so over the last 50 years.