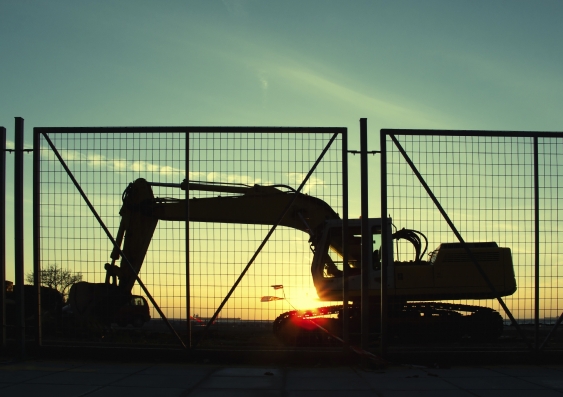 The Council of Australian Governments has predicted that the proportion of migrants entering Australia will increase greatly in the future due to skills shortages and this prediction is supported by a recent United Nations International Migration Report which sees the vast majority of global migrant population growth occurring in high income developed countries such as Australia. Industries like construction, which present numerous employment opportunities for new migrants, will be most significantly affected.

Clearly there are some serious and legitimate questions to be asked about how this will be policed and monitored and how it will affect unemployment in Australia, particularly for young people. Although allowing foreign firms to bring in home labour seems like a convenient solution to current skills shortages, it misses the point that we should be training the 6.2 per cent of the Australian workers who are currently unemployed first.

Youth unemployment is a particularly tragic waste of our country’s resources. It has grown to around 13 per cent in recent years and currently represents about 40 per cent of total unemployment in Australia. Youth unemployment is as high as 21 per cent in some regions and youth under-employment as high as 60 per cent. As the recent Closing the Gap report pointed out, Indigenous Australians represent a disproportionate percentage of the unemployed. This should be of deep concern to business, policy-makers and to the broader community, since recent research shows that unemployment has a long-term effect by exposing youth to a life of poverty and exclusion from the mainstream of our society.

However, given the inevitability of labour market globalisation, there are also some opportunities which we need to make sure we harness as an industry. There is a large body of evidence going back many decades which shows that more culturally diverse businesses are more innovative. Recent research also shows that workforce diversity is also related to reputational advantages and higher workforce engagement and satisfaction, which in turn helps in attracting and retaining more talented employees.

There is also compelling evidence that diverse work forces open up new market opportunities and that organisations with employees who share a client’s ethnicity are far better equipped to meet that client’s needs. With the recent introduction of the new Commonwealth Indigenous Procurement policy (which recommended firms tendering for public contracts develop a Diversity Plan) there is also a commercial imperative for companies tendering for public construction contracts to consider this issue.

Construction has always been one of Australia’s most culturally diverse industries. ABS figures show that 52 per cent of the workforce were born overseas compared to 25 per cent in the wider population, and that 39 per cent were born in a non-English speaking background (NESB) country. This is a strength and it’s about time that the Australian construction industry took diversity seriously.

However, recent research shows that capturing the potential benefits of cultural diversity is not easy and that the Australian construction industry has struggled to integrate these different cultural groups into a harmonious and productive workplace, despite having a long history of employing migrant workers. Racism and discrimination is common on construction sites, with 40 per cent of employees at trade level having experienced some form of discrimination. Many managers in the construction industry see cultural diversity as a risk rather than an opportunity and do not have the skills to manage it effectively.

Other policy areas such as safety are seen as more important, and the responsibility for managing cultural diversity is often unclear. Few companies have effective diversity policies and the research shows that this ensures that many NESB construction workers are exposed to significantly greater safety risks than other workers. Furthermore, they can expose other workers to higher safety risks because of their poor training and inability to understand basic instructions and warning signs. Injuries to foreign-born workers account for about 29 per cent of all documented occupational injuries, the vast majority occurring in labour-related occupations where migrant employment is strongest.

The research also shows that NESB migrants on construction sites tend to socially identify with those of similar cultural backgrounds. For example, Italians dominate concreting trades, Croatians specialise in carpentry trades, Chinese in plaster boarding, Koreans concentrate in tiling trades and Maoris in scaffolding and steel work, to cite a few examples. The research shows that these cultural groups serve a range of important purposes, such as providing social interaction, identity, security needs, as well as economic and cultural support.

Of course, diversity is a much wider issue than ethnicity alone and extends to other areas where construction is under-performing. These include gender, disability, sexual orientation, and age. Women, the disabled and older workers are relatively underrepresented in the Australian Construction industry.

Key lessons learned from these companies in successfully harnessing workforce diversity include: