Opinion Beyond Tupac – the future of hologram technology

While Tupac’s performance at Coachella shows the potential of holographic-like technologies, there is much more exciting work being conducted by researchers, writes Paula Dawson. 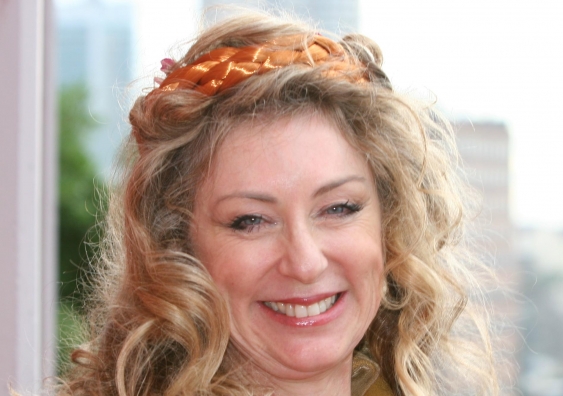 OPINION: Last week the world watched on as a supposed hologram of the late rapper Tupac Shakur performed at the Coachella music festival in California.

But was it a hologram?

The term “hologram”, (“holos” meaning “complete” and “gram” meaning “message”) has long been used to refer to both the technique of wavefront reconstruction (by interference, diffraction and reflection) and an image genre – a virtual encounter between an immaterial, usually-3D image of an absent human and living humans.

By contrast, the technologically advanced HD video rendition of Tupac, created by Musion Systems Ltd., employed the principals of something known in the trade as Pepper’s Ghost. By employing this technique – which dates back to the 16th century – Musion reframed the holographic genre in real-time for a live audience.

But holograms and related technologies are used for much more than just films and live performances.

Unlike Tupac’s performance, Zebra Imaging’s ZSCAPE™ 3D prints are actually holograms. They combine 3D imaging concepts and methods developed over the past century, with processes of synthetic hologram generation developed by the Spatial Imaging Group at MIT.

These hologram prints are made from arrays of holographic pixels know as hogels, which contain three-dimensional information about how the scene should appear from a range of perspectives.

As these can be displayed horizontally and viewed from above, they lend themselves to applications which require spatial precision, such as:

Digital holograms are now widely assessable though companies such as Zebra and Geola UAB. Geola’s iLumograms are also composed of an array of optically recorded holographic pixels but they are recorded with a three-colour pulsed-laser system.

Geola UAB specialise in the use of film and video as input and allow users to input smartphone video as subject matter. Students enrolled in the Digital Hologram course of the online Masters Degree at the College of Fine Arts, UNSW, where I teach, have their final artworks rendered and printed by Geola as iLumograms.

As with most contemporary digital images, holograms – such as Luminous Presence or Jacques Desbiens' The Broken Window – involve the synthesis of numerous imaging processes, including laser scanning, casting, calligraphy, drawing and computer-graphics modelling.

Earlier and current forms of holography are actively being practised by holographic artists. Experts such as John Perry, a specialist in the rainbow holographic stereogram, and August Muth, who works with dichromated gelatin, are key collaborators.

Today, many interdisciplinary collaborations are contributing to developments in the field of holography. One such collaboration is the Holoshop ARC discovery project, of which I’m the chief investigator.

Based at the College of Fine Arts, UNSW, this project aims to forge a set of virtual tools (such as three-dimensional templates which can become magnetic) for creating 3D real-time content, inflected with fine-art techniques.

This content can then be displayed on holographic TV and other 3D display systems.

Drawings are made using the Holoshop software, which is being developed for use with the Phantom “haptic” interface.

The 3D drawings made in Holoshop can then be exported and made into synthetic digital and Computer Generated Holograms (CGH).

Researchers at the Australian National Fabrication Facility are currently doing experiments using electron beam lithography to write CGH structures to photoresist plates which can then be viewed as holograms.

Coming to a screen near you

Perhaps one of the most exciting developments in the hologram space is the progress of holographic TV, initiated by Stephen Benton at MIT.

Real-time, moving holograms are currently being researched by the Object-Based Image Group at MIT. The group is developing real-time rendering methods to generate diffraction patterns from 3D scenes with the aim of developing holographic TV as a consumer device within a few years.

They’ve made some progress too: just recently the team managed a successful, real-time transmission of holographic video from a Microsoft Kinect motion-sensor camera (which is normally used with the XBox 360 videogame console) to their holo-video display.

While Tupac’s performance at Coachella served to remind many people about the potential of holographic and holographic-like technologies, the really exciting work, such as the above, is being done by researchers.