Opinion How did mass media shift visual culture? Find out at Pop to Popism

In the Art Gallery of NSW’s Pop to Popism, curator Wayne Tunncliffe has revealed himself as a master of illusion, writes Joanna Mendelssohn. 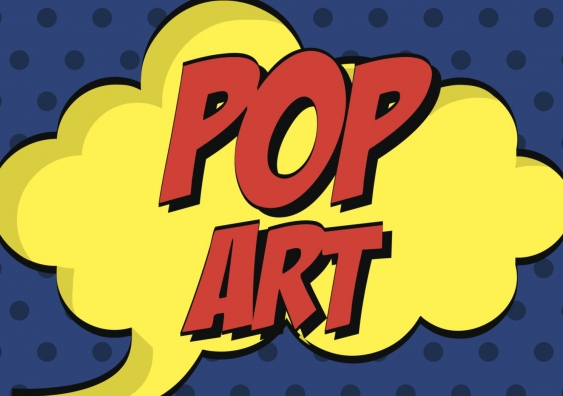 OPINION: In the Art Gallery of NSW’s Pop to Popism, curator Wayne Tunncliffe has revealed himself as a master of illusion. With a sparkling magic wand he has created the impression of a big expensive summer blockbuster of the kind that has tourism authorities rubbing their hands with glee.

The images suggested for media use are dominated by Roy Lichtenstein’s appropriated comics, Andy Warhol’s Marilyn and Martin Sharp’s appropriation of Warhol and Van Gogh. What could be more fun? What could be easier to digest in an air-conditioned art gallery in a humid Sydney summer?

But this is a trick. What Tunnicliffe has actually achieved is a serious in-depth examination that crosses both generations of artists and geography. What Tunnicliffe and his assistant curator Anneke Jaspers have marshalled is an account of late 20th century visual art showing the impact of mass media and advertising on rapidly changing cultures.

The dominant forces are from the Anglo-sphere but Europe also gets a guernsey. We see Australian artists too: their work is woven through the entire exhibition as a continuous thread, gently informing skeptics that our art is indeed legitimate.

The exhibition is dominated by two cultures, that of post-war Britain and the USA. Despite the fact that the Americans were the main producer of images of mass production and airbrushed models, it was the Brits who made the early moves. Richard Hamilton’s disarmingly small Just what was it that made yesterday’s homes so different, so appealing? hangs in solitary splendour in the first room.

This is an inkjet print (ie. colour photocopy) of his 1956 collage, Just what is it that makes today’s homes so different, so appealing?, a work that famously elegantly parodied the emptiness of postwar affluence — as well as having great fun with issues of scale.

Hamilton and the essential political nature of his critique of capital’s lust for the manufactured image is just the start. By the 1970s his prints were based on photographs of images on colour television, the distortion of photography rendered the forms apparently abstract.

This is how his work Kent State entered the gallery’s collection when it was purchased for A$35. In the Trustees’ minutes of May 1971 it is simply noted as “one of his most famous prints”.

If the politically conservative trustees had known this was a critique of the Ohio National Guard killing protesting university students, they would never have bought it.

In this exhibition, as in the art it describes, subtext matters. Gerhard Richter’s Helga Matura with her fiancé is a case in point. The apparently dominant pneumatic blonde woman with her apparently juvenile partner is based on the image of a murdered prostitute. The work becomes a fuzzy commentary on the newly affluent western Germany, a country still holding secrets.

Sex and politics (including sexual politics) are central to this generation’s concerns. In London in the early 1950s Eduardo Paolozzi made his rough as guts, sexually explicit, small collages and spoke about them at the Institute of Contemporary Arts (ICA).

One of the people who hung on his every word was a young art student, Richard Larter.

Years later, in Australia, Larter’s abrasive critique of sexual hypocrisy, conservative politics and pretentious theorists made him one of our most significant artists. By hanging his work with Vivienne Binns’ Vag dens, not too far from David Hockney’s We two boys together clinging, visitors are reminded that the first great revolution of the 1960s was sexual.

Some 50 years later it is hard to realise, but in the early 1960s Playboy was seen as a symbol of liberation, not oppression. Its pages were cut up for use in collages, or copied in a stylised form to make some fairly disturbing sculptures.

The Icelandic artist Erró may see Pop as an invasion of cartoon characters (see main image), while Roy Lichtenstein based much of his art on True Romance comics, but the main visual impact here comes from advertising. It is hardly surprising to discover that a significant proportion of these artists had a prior career in the industry as illustrators.

One of these is the man who managed to remain famous for more than 15 minutes. Andy Warhol straddles the exhibition from his soup cans to movie stars, the American obsession with the grieving Jackie Kennedy, the creepy electric chair and the late fractured self-portrait.

His work is so well known that Maria Kozic’s Masterpieces (Warhol), a deconstructed soup can, is immediately recognised as commentary on the master. His most memorable pieces in the exhibition are the screen test videos that face the visitor as they come down the escalator.

That Warhol was able to persuade the elderly Marcel Duchamp to sit and be recorded (looking a bit puzzled) is a reminder of the way Pop and its aftermath has a logical connection with the master of Dada.

There is so much to see, so much to admire in the relationships between works revealed by the curatorial placement, that the exhibition will repay multiple visits.

It isn’t perfect — nothing ever is. One minor irritation comes from the extended captions that accompany some of the works. Those written specifically for children manage to be patronising without giving away any essential information. It might help if the newly reconstituted department of public engagement (aka education) took a flight north to speak with the very successful Queensland Art Gallery’s public programs children’s section.

An exhibition as good as this should not be let down by its support material.