The establishment of an online database of Australian artists has broken down barriers to make research accessible to all, which means there is no longer any excuse for parochialism, writes Joanna Mendelssohn. 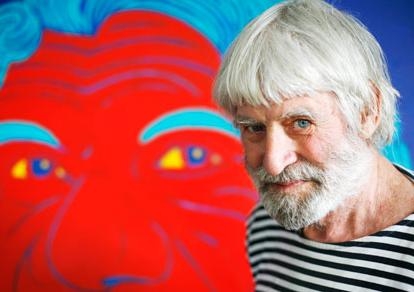 OPINION: In 2014 it is hard to remember how isolated research on art in Australia used to be. Before the web, when we were all in hard copy, it used to be almost impossible to find information on Australian art in other countries. It was even a major expedition to locate basic resources on artists from other cities.

In the end, the internet – life, the universe and everything – is about making connections, and using those new connections to draw surprising but logical conclusions. Over the last nine years, one Australian database, Design and Art Australia Online (DAAO), has used that principle to make accessible research once located only in rare books in research libraries. Now all the barriers are down, and there is no excuse for parochialism of any kind.

Just over ten years ago, on February 22, 2004, Joan Kerr, the pioneer scholar in colonial and feminist art, died. Kerr’s collaborative Dictionary of Australian Artists: painters, sketchers, photographers and engravers to 1870 (1992) effectively rewrote the canon of Australian colonial culture. This was followed by another collaboration, Heritage: The national women’s art book (1995), which successfully demonstrated the strength and variety of feminist art.

In 2003, the same year she discovered that she had inoperable cancer, Kerr told me that Oxford University Press was not interested in republishing the Dictionary of Australian Artists – even though it was so valuable to collectors that it was selling for up to A$900 a copy.

The solution was obvious. I suggested that her work, including her latest invaluable research on Australia’s rich tradition of black and white illustration should have a new life online and be free from the whims of old-style publishers. She agreed, but as she knew her time was limited the execution was passed onto others.

Success has many parents.

Andrew Wells, the visionary librarian of the University of New South Wales, took the initiative in supporting the concept with resources and contacts. Vivien Johnson, author of Aboriginal artists of the Western Desert, was asked by Kerr to take her place as the initial editor-in-chief to guide the DAAO into being.

Her friends organised a dinner at Government House, a celebration of her life for her to enjoy. It was one of the great national gatherings of art historians, curators, librarians and activists … with a keynote speech by Jack Mundey while Vivienne Binns sang If I Should Plant a Tiny Seed of Love (in the garden of your heart).

By the end of the evening the idea of ensuring that Joan Kerr’s research would have a new life on the web as a continuing and expanding project had received enthusiastic approval from those we needed as partners.

The guidelines first established as we worked towards the first ARC Linkage grant still hold true. We wrote that the DAAO:

will cut through the detritus of the web to establish a definitive open access source of information on Australian artists.

In the bibliography of his new Australian Art: a History, Sasha Grishin has written that the DAAO “has become the single most useful biographical tool for Australian artists and their biographies".

The entries are invaluable, but they are only the start.

We imagined the DAAO as a creature that could evolve with changing technologies. The name “dictionary” (while historic) was misleading as even in the early years it failed to include the capacity to undertake fine-grained cross-referenced searches. In 2010 the DAAO was renamed Design and Art of Australia Online.

Over the years the DAAO has transformed from being a stand-alone database to being fully-integrated with other related databases with syndicated metadata. Integration with other datasets has led to a more fluid approach to building entries, making the DAAO a dynamic resource.

Images, once seen as too expensive and legally complicated, are now included. The original Dictionary researched colonial art. The DAAO continues that research, but simultaneously incorporates contemporary art with its use of multimedia. New searches always present new connections between works of art and design, between artists, between exhibitions, between researchers.

In 2014, after receiving its fifthth ARC Linkage grant led by the new media archive scholar Professor Ross Harley, the DAAO is beginning to focus on sustainable data sharing for a wide range of researchers and collections. As Harley says, “the more we can share significant and complementary data sets from Australia’s most significant collections and research institutions, the better”.

Print publications appear complete, even when they are not. On the web information is always moving. Databases reflect the bias of those who compile them. The process of adding and refining entries can be collaborative, and many have several cumulative authors. The process is similar to that of compiling wikis – but there is a stronger editorial control which ensures that the Editorial Board knows who is writing and contributions are moderated by domain experts.

As well as collaborative entries the DAAO gives writers the opportunity to submit original research for anonymous review.

There’s only one hitch. Original research published on the DAAO does not easily fit into any of the standard HERDC categories by which university research performance is measured.

This is not a new problem.

In 1992, after the first Dictionary of Australian Artists effectively rewrote 19th-century colonial art history, Joan Kerr was denied promotion by the University of Sydney.

Why? The grounds given were that she had simply edited “a compilation” and had not undertaken original research.