As a designer, crossing the line that exists between Indigenous and non-Indigenous Australian culture is crucial, writes Trent Jansen. 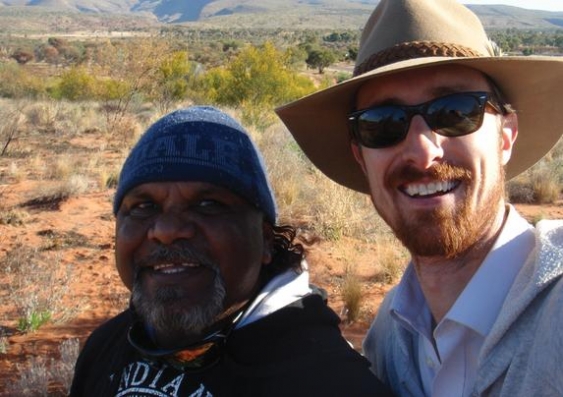 OPINION: In our personal and working lives, there are some lines that should not be crossed and others that must be. As a designer, crossing the line that exists between Indigenous and non-Indigenous Australian culture is crucial to me.

I am a furniture and object designer, so you might think that I design highly functional objects, conceived to enhance our lives through ergonomic considerations or beautification. Looking back through modernist furniture books, it is clear that we have all of the beautiful, functional chairs and lights we could possibly need.

So, instead of re-visiting these same tired criteria, I use the discipline of furniture and object design to communicate ideas that I feel are important.

These objects are often underpinned by narratives that sit on the line between Indigenous and non-Indigenous Australian culture.

The Briggs Family Tea Service (main image) I designed for Australian design studio Broached Commissions tells the story of a young British man (George Briggs) and a Tasmanian Aboriginal woman (Woretermoeteyenner), during the very early years of the colony of Tasmania.

This collection of objects represents the connection between these two individuals by hybridising the water carrying archetypes of each culture - the British tea service and Tasmanian Aboriginal water-carrying vessel.

These objects communicate the cultural confluence of this partnership and the Briggs family that resulted, attempting to bring this story, born in the decades that forged post-colonial Australia, to an audience that would otherwise be unaware.

More recently I have begun to work on a series of objects that explore another point of cultural collision in Australia’s history. This new furniture collection begins with the stories of mythical creatures told in and around Sydney during the early years of colonisation.

Creatures such as: “the hairy wild man from Botany Bay” – a creature myth that began in England before the First Fleet had even left for Australia; or the bunyip, which is said to have evolved from the yahoo or yowie through a linguistic misunderstanding between Eora people, who thought that bunyip was a British word, and British settlers who thought it to be a local term.

According to Australian author Robert Holden, a fear of creatures like these became a common ground between Aboriginal people and British settlers, and these stories were a point of conversation between individuals from both cultures, a catalyst for personal connections.

Prior to understanding all of this, I put Robert Holden’s theories to the test without knowing it. I was staying in Alice Springs on and off for a period when I was introduced to a Western Arrernte man by the name of Baden Williams. Baden took me to his hometown of Hermannsburg and on the way there we got talking about Western Arrernte creatures.

Creatures such as: arrkutja-irrintja - a female creature with a sweet smell, who adorns herself with flowers, and is known to abduct young men and take them to a parallel dimension for several days, or even weeks; nyipi barnti - a strong and muscular being who works as an assassin, killing any unwelcome people or creatures whom travel on his land.

Nyipi barnti has a pungent smell, like sweat, dust and ochre and is known for abducting young women; or the creature that captured my imagination most of all, pankalangu.

According to Western Arrernte story telling, pankalangu is a territorial being that lives in the scrub and is completely camouflaged in the desert and bush. Pankalangu can only move with the rain, and is made visible when the light catches the rain that falls on him, defining his form in a glistening silhouette.

I hope these narratives will once again become part of the common myths associated with Australian identity, perpetuating an identity that is inclusive of both Indigenous and non-Indigenous culture.

I have received cutting criticism for this approach. I have been called a carpetbagger, and told that I am using these culturally sensitive stories for my own benefit. As a result, I’ve thought very carefully about surrendering and leaving this sometimes controversial subject for others to address.

Perhaps this is not my line to cross, but then whose line is it to cross? Individuals from one side or the other must be the first to act.

Is this a division that I want to perpetuate through inaction? Or is this a line that I can help to dissolve?

As a non-Indigenous Australian, I have developed a love and deep respect for Indigenous Australian cultures through research, my projects and through involving myself with these cultures. I now understand some of the beauty and mysticism associated with the ancient traditions of the hundreds of Indigenous nations, occupying this continent for millennia before my Oma and Opa arrived from Holland on a boat in the 1950s.

If I can share this love and fascination with my audience, perhaps they can cross this cultural line with me.

White Australians cannot continue to place Aboriginal culture on a shelf, afraid to touch it. This only cements the divide that already exists between white and Indigenous Australians. It is important for people from all backgrounds – artists, musicians, designers etc. to respectfully take Aboriginal culture into their own expressions of culture, and communicate these ideas to new audiences.

Only then will this divide begin to disintegrate and only then will Aboriginal culture be loved and embraced by the mainstream.

I will continue to cross the cultural line between Indigenous and non-Indigenous Australian culture, and will encourage others to cross it too. Hopefully all of the foot-traffic crossing this line in both directions will abolish the divide.

So, when do you surrender? If it is something that you have considered very carefully and truly believe in … never!!!

Trent Jansen will talk more about this topic at Crossing the Line tomorrow, Friday November 14, as part of the Australian Design Biennale at MONA, Hobart.

Trent Jansen is a Designer at UNSW. 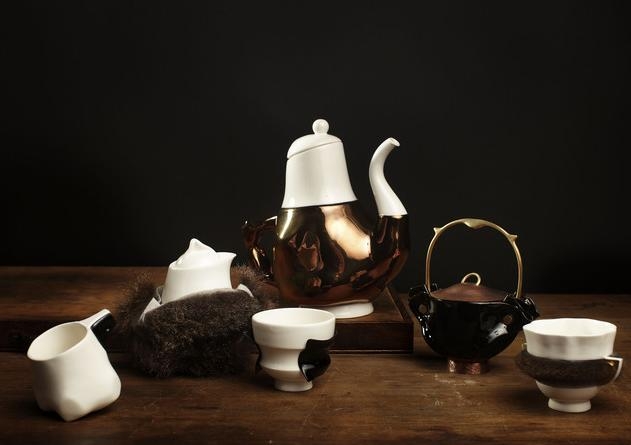 The story of … the handbag