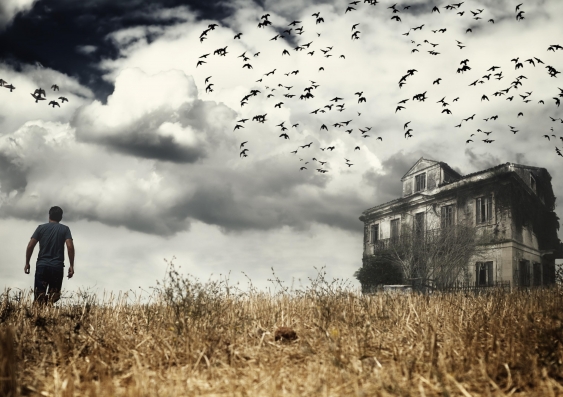 OPINION: The US film industry works by way of a finely calibrated genre system. Long ago, Hollywood learned how not to shoot in the dark, by tailoring its expensive products to a market that it could divide and conquer. Producing the very tastes they catered to, the studios engineered a formulaic system of reliable genre formats, within which minor variations had the specious effect of “novelty”.

The way that system looks today can tell us a good deal about our own manufactured tastes. At the most abstract level, it is important to ask how this network of forms solicits our acquiescence to the economic and political status quo, of which it is a vital component part. Looking at this chart, some initial points should be made.

First, we might bracket the concept of “drama”, which is not properly a genre category, but a misnomer that obscures the complex of actual generic energies at work under its umbrella.

Second, we should remark the relative collapse of once-healthy and prosperous genres within the system. The Western and musical, former pillars of Hollywood’s palatial architecture, have fallen almost completely out of contention. Fantasy is, pace The Hunger Games, on relatively hard times, after a high-water mark about a decade ago. And Sci-Fi has yet to regain the foothold it had in previous periods.

Third, the small slice of the pie reserved for family pictures is entirely disproportionate to the budget of features privileged enough to be green-lit in that category. This is one of the system’s costliest and most lucrative genres, but geared as it is to periodic school holidays, it cannot risk over-production.

These caveats noted, what can we make of this spread of generic preferences within the US film industry’s sense of its consumer base?

“Drama” aside, the four major genres, accounting for over 50% of all productions in the USA, are action/adventure, thriller/suspense, comedy, and documentary. But if we think hard about how “drama” often enough really works, and factor in the generic ambivalence between comedy and romance, then clearly romance (which features poorly as a stand-alone category) is the fifth “power genre” today. And these “big five” cover roughly 75% of the market.

Genres, of course, never stay still. They are constantly being reworked and reimagined to suit the ideological temperature of the present.

Once upon a time, American comedy was a subversive genre. In the hands of a Chaplin, a Keaton, a Lloyd, or the Marx Brothers, film comedy shed discomfiting light on social and cultural divisions that undermined the myth of national unity. Laughter sprang from these fault-lines in the collective psyche.

Nowadays, American comedy commonly reduces to a single plot-line: the idiot man-child, whose essential innocence survives all trials, gets the girl. The exceptions — Borat, which is British, comes to mind—only prove the rule that kicks in with iron rigidity every time Will Ferrell, Adam Sandler, Vince Vaugn or Seth Rogen steps in front of a camera.

The action/adventure film has never been particularly interested in social matters. Its overriding imperative is to provide kinetic stimulation and a relentlessly forward-driven narrative, in which a resourceful individual overcomes all obstacles on the path to final victory. The wider world boils down to a series of exotic backdrops and explosive threats, against which the hero valiantly struggles. Tough guys (and gals) über alles.

The suspense/thriller, on the other hand, at least toys with the idea of society. If it isn’t a woman being menaced at home, or an abducted child, then often enough some conspiracy, criminal, corporate or state, is generating malign effects in the social body. The individual, or a small band of skilled professionals, has to outwit and out-manoeuver the enemy before something truly disastrous occurs. This generally places the responsibility for resistance beyond the reach of regular citizens, in the hands of exceptional, gifted “experts”. We just watch.

And romance, which once enjoyed the radical connotations of “screwball” and the cachet of Sirk’s and Cukor’s mature melodramas, today exists predominantly for the purpose of justifying the heterosexual marital bond as the irreducible nucleus of all social life. Female characters overcome their misgivings about the available (and usually disappointing) menfolk, prior to making their all-important Choice.

The ideological flavour of these four dominant generic formations is, uniformly, socially conservative. Even when genre-blending takes place, such that “comedic” signals are felt in a science-fictional space, or a “thriller” plot device intrudes upon a romance, it is neutralised by the fact that all these formats share the same essential social outlook.

That outlook is this: the world is beyond your power to alter it.

The best you can hope for is to be a resilient and reproductive social cell, in a trusting bond with another or some few others, able to withstand adversity and enjoy the adrenaline rush of capitalist experience. Flexibility trumps resistance. Stupidity beats reflection. And getting the guy/girl sure looks better than getting organised.

All of which is raised to the power of overkill by the style and cinematic form of these movies: crushing obviousness of plot; metronome-like editorial cuts subservient to narrative flow; star-power as locus of sense; opacity reserved for ‘action sequences’, where it evaporates in kinetic heat; and a palpable dread of empty time, drift, and inconsequence.

Recently, the irresistible rise of documentary has betrayed this excruciating conservatism of the genre system that surrounds it. But documentary — in the hands of an Errol Morris, a Michael Moore, or any number of others — is reformist in principle. Its agenda is to instruct a misinformed citizenry and lift it above apathy with the power of enlightenment. It asks you to put pressure on your Congressman and stamp out the skullduggery within the system.

But capitalism, as was long ago pointed out, functions all the better thanks to such principled reformism. Is there any genre that demands of us a fighting stance adequate to a more radical reckoning with the status quo?

Though it is certainly available to conservative conscriptions (as witness last year’s deplorable The Conjuring), and is often purely sensationalist, my feeling is that horror film is where the genre system now and then tips into radical territory.

Horror teaches us to perceive the world as an unpredictable terrain laced with terror, despite superficial order. It shows us our own bodies susceptible to invasion, contagion, corruption, and a blasphemous life-beyond-death. It depicts legions of mindless undead roaming the cities, like ghastly mirror-images of our consumerist selves.

It shows how profoundly haunted we are by our traumatic pasts. It explores how easily our own precious life-substances can be consumed by predatory powers—something every wage-slave already knows. It confirms our worst fears about those in command: they will never cease to feast on our bodies, our fluids, our souls.

Horror works by way of unsettling affects: nausea, the prickling of the skin, a shock, a shudder, a scream, the “suspiration of forc’d breath”. It teaches through these affects the vulnerability and precariousness of our present place in the world, and the urgent necessity of fighting back.

Particularly, contemporary horror film is increasingly reflecting on some of the less romantic social destinies of women — as reproductive carriers of the human “disease”, as routine victims of sexual crimes, as daughters and wives of abusers, as shock troops in the unending war against patriarchy — and granting them leading roles in the coming reparations.

Another thing about horror film is that the good stuff doesn’t come with a big budget. At its best, it is small-scale, intimate, and the more disturbing for that. It’s a genre that a bunch of talented kids can work within confidently on some Kickstarter funding and minimal training.

2013 was interesting for two American features in the genre. Frankenstein’s Army was a wildly imaginative work in the found-footage subgenre, playing with the long-forgotten “mad scientist” template and unleashing a number of seriously frightening Nazi-designed monsters, without a hint of CGI. The film cost $22,000 to make. And there was I Am A Ghost. With a microscopic budget of $10k, H. P. Mendoza’s fiercely intelligent monodrama drew inspiration from the poetry of Emily Dickinson and probed questions of possession and madness with a lucidity impossible to locate in the blockbuster garble of the mainstream. It also proved genuinely disturbing.

The genre system has to find some place, however slender, for the circulation of anti-social and critical energies; it cannot altogether manage them by way of erasure and omission.

With the relative disappearance of leftist conspiracy thrillers, of the juridical Western, of subversive comedies, of utopian musicals, of “hysterical” melodramas, and of speculative science-fiction, it is in the horror genre today that the USA reflects particularly on what is most disagreeable about its way of life.

If documentary asks us to speak up about the way things are, horror prods us to scream at it.