Judith Neilson talks with Edmund Capon, Chair of the Australian Institute of Architects Foundation and former director of the Art Gallery of NSW, about the motivation behind her $10 million gift to UNSW. 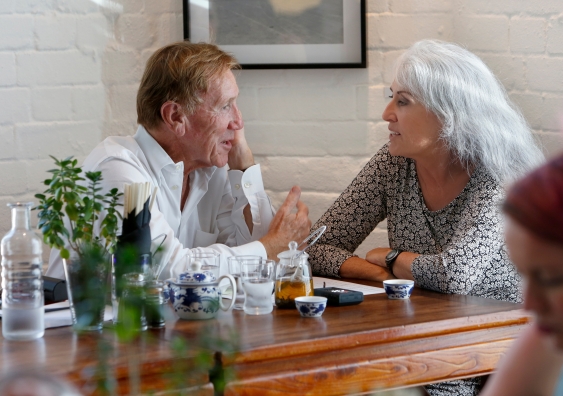 After announcing her $10 million gift to UNSW for a Chair in Architecture focusing on housing for displaced people, philanthropist Judith Neilson sat down for tea with Edmund Capon, Chair of the Australian Institute of Architects Foundation and former director of the Art Gallery of NSW. Here’s an excerpt of their conversation at Sydney’s White Rabbit Gallery, founded by Neilson and now home to one of the most significant collections of Chinese contemporary art.

Edmund Capon: I’d like to know what motivated you to invest $10 million in a Chair of Architecture at the University of New South Wales?

Judith Neilson: I’ve always been concerned as to accommodating displaced people. I believe that a lot of money is wasted; no thought really goes into it, because these things happen unexpectedly. And I also believe that displaced people seldom get back to where they came from. They tend to stay there, and these squatter camps, settlements, whatever you call them, end up being towns or cities that are permanent. Because they’ve started in a rush, there’s no infrastructure, so if there’s a fire, which I’ve seen in the Cape [Cape Town, South Africa], the whole place gets flattened. You can’t get emergency vehicles in them; you can’t put in infrastructure, because people are living cheek-by-jowl. And I just thought: You don’t deserve that. You’ve got nothing already.

I also am concerned with emergency housing being something that is temporary. Displaced people and refugees are generally given some kind of shelter or covering that has no lasting value. So they might be given a tent and three blankets, and that is possibly the foundation for their home and the rest of their lives and their children’s lives. I would like it if these items could actually have a structural foundation.

EC: They metamorphose into something more permanent, which is a particularly pertinent issue.

JN: You know, maybe it’s a pipe holding up corrugated iron. But if it’s standardised and made of hollow metal, it can then become a pipe for drainage. The waterproof sheet, too, can be reused as waterproofing in a wall, in the next stage of rebuilding. Nothing should be wasted. Also, I think that there needs to be planning.

EC: So the premise here, really, is much less about the nature of architecture and the opportunity and imagining of that architecture, it’s much more about a genuinely social-political issue. Is that the motive?

JN: There’s that side, but then the other side is, I believe, anybody that is able to have a home, should be able to have one. I don’t believe that if you’re poor you should have a lesser home than somebody who’s rich. For everybody, a home is the biggest commitment they make.

EC: What started that? You went back to something, an experience in South Africa?

JN: No. I worked with refugees here quite a lot and they would tell things, and I know about the camps and what they’re like. 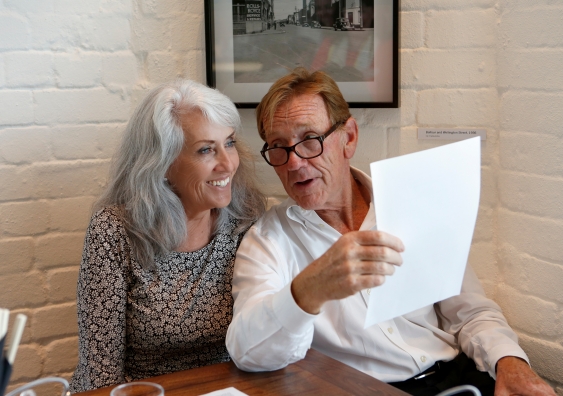 I feel very strongly about contributing to a greater culture of philanthropy in Australia.There's a big element of luck in being wealthy – I believe people have a responsibility to give back. Photo: Quentin Jones

EC: When you think about what’s happened in terms of emergency architecture in recent years after a disaster, or like the temporary housing after World War Two, that that was bunged up everywhere, that was absolutely dire.

JN: Where I come from, they put up houses which they made of mud, and with cement floors and what have you – those houses do not have a crack in them, they became ordinary housing about 10 years after the war and I think that was a successful outcome. I believe that even if you don’t have some understanding of materials, design and architecture, you should get a decent house, it should be a right.

I’d like the ordinary person to be able to be confident when they buy something.  We’ve got brilliant architects and I’d like them to consider when they’re doing a building that’s going to get visibility or is really good, how it can flow down to everyone.

EC: Are you talking more broadly about the democratisation of architecture?

JN: No, I’m talking about: I think the core of architecture should be function and materials.

EC: You don’t want to take that gloss of imagination out of the concept of architecture, do you?

JN: No, but I believe that you can do both. If you look at the Georgian buildings and the Cape Dutch, they were magnificent. And they were fully functional.

EC: You have strong views on philanthropy.

JN: Yes, we came here from Africa with nothing, and this country has been really good to us.

I feel very strongly about contributing to a greater culture of philanthropy in Australia, and there's a big element of luck in being wealthy – I believe people have a responsibility to give back.

EC: But I think you’ve taken on an issue here which is a universal one.