Award-winning architect Professor Alec Tzannes will take up a second five-year term as Dean of the Faculty of Built Environment. 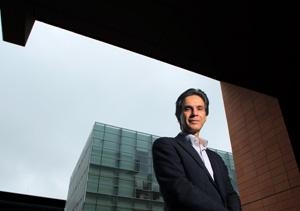 Award-winning architect Professor Alec Tzannes has accepted the offer of a second five-year term as Dean of the Faculty of Built Environment.

Founder of the Sydney architectural practice Tzannes Associates, Professor Tzannes is one of Australia's most distinguished architects. In a 33-year-career, he has won numerous national and state awards, is a former National President of the Australian Institute of Architects (AIA), and has worked closely with industry, government and academia.

While his recent primary focus has been as Dean, Professor Tzannes has continued to be involved in his practice.

“Professor Tzannes’ continued involvement as a leading practitioner has allowed for the best industry practice to be incorporated into teaching and faculty leadership,” says UNSW Vice-Chancellor, Professor Fred Hilmer.

“The Faculty has improved considerably under Professor Tzannes’ leadership and is well placed to continue this strong trajectory over the next five years.”

His achievements as Dean include increased grant success, most notably through the winning bid for the CRC for Low Carbon Living, improved results in research rankings and curriculum development.

“It is a privilege to work with such outstanding colleagues in guiding our students, who will help shape the future of the built environment in a global context,” says Professor Tzannes.

Professor Tzannes’ next five-year term as Dean starts in November.

Architect and urbanist to head UNSW Faculty of Built Environment