Opinion Music for Mercy built on empathy, the most intelligent of emotions

The vigil for convicted drug smugglers Andrew Chan and Myuran Sukumaran showed the two men and their families that "lots of people walk this path with you," writes Joanna Mendelssohn. 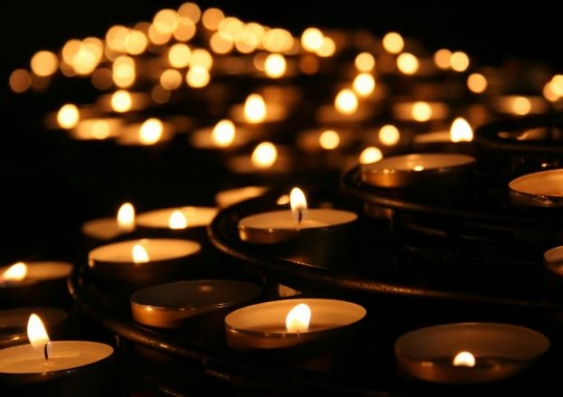 OPINION: Last night thousands of Sydneysiders gathered at Martin Place to hold a vigil for convicted drug smugglers Andrew Chan and Myuran Sukumaran. Together we listened as actors, artists and musicians called for mercy for the two men. I would best describe the event as a work of art, one made by many willing hands.

A key presence at the vigil was artist and organiser Ben Quilty, a man whose painting has the power to tug at the heart-strings – to draw the viewer in to the enduring pain of soldiers returned from war, to show the aged lines of beauty of the artist Margaret Olley in the year before her death.

The strength of his work does not lie in the strong descriptive lines and layers of thick paint, nor does it come from Quilty’s choice of subject matter. The ability to overwhelm is still there in his landscapes, such as his projection of fear and self-loathing in The Island, one of the outstanding pieces in last year’s Adelaide Biennial.

Rather Quilty’s strength as a painter comes from empathy – the same quality that has led him to mentor and befriend Myuran Sukumaran, a convicted drug smuggler on death row in Kerobokan Prison.

This is not the same as a deeply held belief that judicial killing is wrong and our government are total hypocrites. That conviction has been best expressed recently by cartoonists such as Cathy Wilcox and Alan Moir.

Quilty’s empathy is that rare ability to walk in another person’s shoes, not to share their point of view, but to acknowledge that given the right (or wrong) circumstances any of us could behave in a way that is evil.

At its heart empathy is the most intelligent of emotions. G. K. Chesteron’s detective, Father Brown (not to be confused with the wimpy television program with the same name) said it best. In The Secret of Father Brown (1927) the little priest says, “You may think a crime horrible because you could never commit it. I think it horrible because I could commit it.” Empathy recognises the common qualities we share with the feared “other”, so gives permission to be human.

As well as imagination, the development of empathy requires a combination of self-knowledge and memory. In order to understand why Quilty has become such a passionate reasoned advocate for those in pain (he is a long standing supporter of returned soldiiers with PTSD) it is necessary to look at the intersections of his art and life.

I first heard of Ben Quilty as an artist who celebrated that most passionate relationship of young men – the one they have with cars.

He had been a wild boy, a “drug-fuelled, testosterone-charged” kid from the outer suburbs fortunate enough to spend some of those awkward late adolescent years at art school – because he could draw and because right from the start he relished the tactile quality of paint. Germaine Greer has written that his paintings of cars “depict the self-destructive urges that lie at the heart of young men".

As he matured out of an awkward extended adolescence, Quilty’s mind grew to accommodate his visual talent and with it, self-knowledge. Extended travel to Europe, funded by the Whiteley Scholarship, given in honour of a wild boy artist who never grew up, matured his style. The easiest way to understand the full extent of Quilty’s ability to see through the eyes of others is to look at his portraits. They cut through the sitters' personal shells to reveal the pain of the souls within.

Fame as a portrait painter, and a reputation for loving thick juicy paint, led to Quilty being asked to advise Myuran Sukumaran as he tried to make sense of his life in gaol.

Painting self-portraits, learning to look closely at the face in the mirror, is one way of encouraging introspection. Sukumaran’s portraits show the influence of his good and patient teacher, but they also show a growing awareness of himself and his place in Kerobokan Prison as he who was evil became a force for good.

The process of continually visiting the condemned men, seeing how they have not only taken advantage of the kind of rehabilitation that Indonesian gaols allowed, but have improved on it to expand the rehabilitation of their fellow prisoners, has had a significant impact on Quilty. It has reminded him again about the fragility of life and how easy it is to make a wrong turning, when young. The Bali Nine were criminals. They may certainly deserve long prison sentences, but not death. With rehabilitation there has to be an element of forgiveness.

While some of those present at last night’s vigil may have thought it could sway the opinion of the Indonesian government, Quilty and his fellow organisers are realists. The purpose of the vigil was to give comfort to Myuran Sukumaran, Andrew Chan and their families. That’s why it was so important.

The two men can see images, hear words and music that show, as Quilty says, “lots of people walk on this path with you”, and that the full extent of their rehabilitation has been recognised.

Joanna Mendelssohn is an Associate Professor, Art & Design at UNSW.

Indonesians fighting to abolish the death penalty need our support

To earn its name, the Art Gallery of NSW should leave the CBD