Opinion O Coens What Art Thou? Auteurism in today’s Hollywood

What do the Coen brothers stand for in US cinema today, asks Julian Murphet. 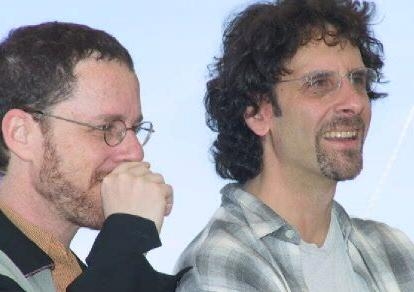 OPINION: Now that Fargo has become a TV series, the Lebowski Fest has celebrated its 13th annual event, and Inside Llewyn Davis is only a few days away from national DVD release, it’s a good time to ask what the Coen brothers stand for in US cinema today.

They are, in brief, the smug face of “auteurism” in the world’s dominant, most impersonal film industry. That they are two and not one, of course, turns that theory at an obtuse angle to its original purpose, and deranges some of its significance.

For the French critics of the New Wave in the 1950s, auteur theory was the most acceptable way of consuming American cinema without losing intellectual face. According to young turks like Godard, Truffaut and Rohmer, what looked to the uninitiated like disposable Hollywood trash could be decoded into the tortured and discontinuous expression of misunderstood souls abandoned to the tyranny of the studio system.

Knitting together the oeuvres of directors for hire like Howard Hawks, Budd Boetticher and Sam Fuller, which straddled numerous genres, were consistent stylistic sensibilities and stubborn thematic obsessions, not to be vitiated by the insipid conformities of commercial film production. The loving French film critic simply distilled from a long immersion in their movies the outlines of an intermittent aesthetic vision, emanating from a central artistic presence: the film auteur.

The Coen Brothers have, for thirty years (since the release of Blood Simple), acted as tongue-in-cheek, self-conscious exemplars of this mostly discredited French film theory: co-directing, co-writing, co-producing, and mostly co-editing their whole body of work.

In the many genres and mixed modes they have assayed—noir thriller, comedy caper, crime saga, noir comedy, Capraesque feel-good story, “Hollywood” movie, Western, screwball comedy, musical—they have both genuflected to the great era of the studio system, and contrived to “express” a recognisable contemporary style and vision throughout it all.

Both aspects of this achievement deserve some comment. There is a real sense, best perceived in their out-and-out period pieces (such as Miller’s Crossing, The Man Who Wasn’t There, The Hudsucker Proxy, and O Brother Where Art Thou), that the Coens live in a world wholly comprised of the accumulated product of Hollywood’s golden era. It isn’t just that they admire their forebears and acknowledge their influences: somehow, their entire universe seems to begin at the entrance to Universal Studios, and end at the exit from Warners. Their least “Coen-like” films are the straightforward remakes: The Ladykillers and True Grit.

Some of their contemporaneity is felt just there, in the acutely postmodern sense that the real world is not a fit object for representation, and that all there is left for film to do is look and sound like other films.

But beyond that, in good auteur fashion, there does appear to be a genuine and persistent ethic to the Coen Brothers' cinema, a world view that finds fitting expression in these always slightly off-kilter, strangely ironised pastiches of a bygone world of film.

In the first place, theirs is a cinema heavily characterised by narrative fatalism. The one thing you can safely predict from a Coen Bros vehicle is an iron determinism swallowing up the puniness of human will. Their prototypical characters are like mice stuck on a treadmill of fate, sticking gamely to their convictions and plot points while the indifferent universe of genre wheels coolly around them. The Coens tend to play this for laughs rather than pity and terror, because their heroes prefer not to tempt fate in acts of hubris. They are clowns, not kings.

Second, the Coen style is recognisable for its elimination of everything that might appear spontaneous or accidental, every grace note or serendipity of the shoot. Like Hitchcock, they deliver films meticulously planned down to the tiniest detail: washed over, virtually deadened by the obsessive “finish” of each shot, each punch-line, each logical cut.

This carries over to the visual look of their films as well, which may vary in explicit application (the blue-grey wash of Inside Llewyn Davis, the harsh monochrome of Man Who Wasn’t There, the comic-book palette of O Brother), but which bears the inimitable stamp of a distinctive tonal fetishism—an anachronistic “40s” look. These are glossy screen visions that disclose an innate photographic granularity, only to deliver it over to some filter or other, that smooths it over and flattens it out.

This is a cinema, too, whose pronounced artificiality is felt in the almost weightless drift of camera movements around sets whose art design tilts over into a controlled excess. Overly fond of the deadpan track, the winking pan, the fetishistic close-up, and the odd patch of dream montage, the Coens build a self-contained universe of cinematic gestures and signs that connects with ours only through the invisible “scare quotes” that spring up every time the style is pulled in that direction.

A final point is the unspontaneity of the performance style in these films. Rehearsed to the point of an almost wooden density, the dialogue feels regulated by the same metronome that governs the shot changes and plot shifts. This non-natural base style allows for the flourishing of eccentric character parts: Turturro’s immortal pederast-bowler Jesus.

At their very best, in The Big Lebowski and A Serious Man, all this pulls together to create a genuinely absurdist cinema. The fatalism and the overdetermined “finish” make for a satisfying screen on which to project risible visions of humankind hell-bent on ineffectual quests and empty life cycles. Nothing means anything in this zero-sum world pasted lovingly over a howling void. The horrifying storm that closes out A Serious Man is a glimpse directly into the Coen’s ontology.

At their worst, as in Hudsucker Proxy and everything they did with George Clooney, theirs is a cinema so cynically stripped of all political integrity, and so crudely warmed over with an imported sentimentality, as to asphyxiate the moral imagination at its affective heart.

The career average is an existentialist cinema perched between nihilism and cynicism, that cannot escape its own acute self-consciousness as “mere” entertainment. Three scenes stand out as typical.

There is the great scene in Miller’s Crossing where John Turturro’s Bernie begs his executioner Tom (Gabriel Byrne) to spare his life. Their long, rather harrowing exchange in the woods turns on Turturro’s repeated plea, “Look in your heart!” The inevitable punch-line comes some time later when the reprieved Bernie taunts Tom with his empathetic weakness. Mercy is pointless.

Or there is the completely gratuitous killing off of Steve Buscemi’s character Donny, in The Big Lebowski, after almost two hours of mortifying insults, abuse, and belittlement from our central odd couple. As if to say: this is a hollow fictional character whom it costs us nothing to terminate at will; don’t worry about it, life’s meaningless anyway, dudes.

Or then again, a more recent example, from Inside Llewyn Davis. The failing folk singer, finally guilted into visiting his senile father in a care facility, and unable to say anything meaningful to that blank, institutionalised face, takes up his guitar. He sings his old man a haunting rendition of The Shoals of Herring, to connect with his lost days of maritime labour.

Visibly moved by what he hears, the veteran seaman turns his face to the window and closes his eyes. It must be the most emotionally sincere and affecting thing in any Coen movie, until the predictable denouement: the transport of feeling was but the incontinent passage of a bowel movement.

What the Coens give with one hand they take away with another. Their message is: Wake up, people, there’s nothing “real” here! It’s all just movies, movies rolling around in one other’s projection booths, manufacturing the very dreams they disappoint the moment you walk out of the cinema.

But their last film reconnects with the line taken by an earlier one, Barton Fink, and with it creates something like a diptych on the fate of the artist in the modern world: presumably a self-referential and revealing one at that.

Barton Fink, a talented and successful (if earnest and pretentious) New York playwright is invited to Hollywood, where he is put on contract to churn out a Wallace Beery wrestling picture. Experiencing writer’s block caused by the sheer philistinism and crudity of his new cultural environment, only a hellish vision of his beloved “common man” imploding on its idealism can unleash the cynicism necessary for commercial hackwork. The only other option is that taken by the Faulknerian figure of W. P. Mayhew: alcoholic excess and cynical withdrawal.

Inside Llewyn Davis features a gentler touch, but the story is similar: an idealistic folk singer confronts the end of his young career in a context of the rise of vacuous pop music. Making a Dantean journey west to Chicago’s Gate of Horn, where he auditions for fabled producer Bud Grossman, Llewyn finally approaches the bar of success, only to be told…

There is no doubt, the Coens feel the power of entertainment capital as the invidious, murderous and meretricious force that it is. By adapting to it as flexible auteurs, however, their critique lapses all too often into a winner-loses logic of fatalistic capitulation. Their work in film is a knowing allegory of talent adrift on the empty seas of commerce. It is the cinema of a worldly-wise cynical liberalism that Hollywood can perfectly well tolerate because it precludes the very possibility of change.

Julian Murphet is Professor in Modern Film and Literature, Director of the Centre for Modernism Studies at UNSW Australia

This opinion piece was originally published on The Conversation. Read the original article.