New research tells the story of a small group of style-savvy fashion designers who earned 1970s Australia the title of “most creative place in the world”. 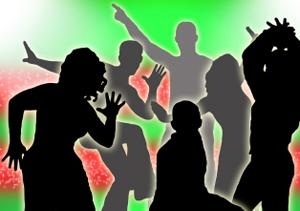 Bad bell-bottoms, garish paisley and clinging hot pants – for many the 1970s was the decade that style forgot.

“But it was exactly the opposite,” says Dr Sally Gray, a cultural historian and Australian Research Council postdoctoral fellow at the College of Fine Arts (COFA) who has spent three years in scholarly examination of the period.

Gray’s work tells the story for the first time of a group of creative Australians – Linda Jackson, David McDiarmid, Peter Tully, Jenny Kee, Clarence Chai and others – who joined forces in Sydney to influence style and fashion here and across the globe.

The work of the group, Australia’s own “Bloomsbury set”, led fashion legend Manolo Blahnik to label 1970s Australia “the most creative place in the world”.

“When Linda Jackson and Jenny Kee walked into restaurants in Milan in 1977, people like Giorgio Armani stood up and clapped,” Gray says.

Fashion victims? How clothes took over our art galleries

The story of … the handbag