Building a large dedicated museum of Applied Arts and Sciences at Parramatta, in one of Sydney’s central hubs, makes good sense both as policy and as politics, writes Joanna Mendelssohn. 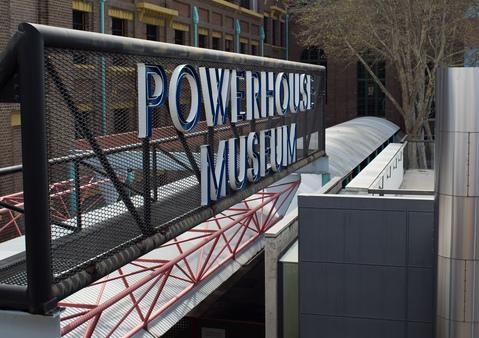 OPINION: Those angry letter-writers complaining about New South Wales Premier Mike Baird taking the Powerhouse Museum “out west” to Parramatta are in urgent need of a history lesson – but first, geography.

There was a time, not so long ago, when Sydney’s poor lived close to the city, in the world described so well by the novelist Ruth Park.

In recent years the inner-city has been claimed by the kind of people who used to call the north shore and eastern suburbs home. Terraces are now millionaire’s rows, warehouses and factories are gutted to become “loft” apartments, or ripped down for harbour-view high-rise. Pyrmont-Ultimo, once regarded as the least desirable part of Sydney’s slums, is now a prestige address.

Meanwhile, the descendants of those who once lived cheek-by-jowl in the city have joined the glorious rich mix of immigrants from other countries, descendants of early settlers and surviving Aboriginal people in the geographic section of Sydney known as “the western suburbs”.

There is a problem in defining western Sydney, as a surprising number of commentators simply think of it as “somewhere we would never go for coffee”. So Kogarah in Sydney’s south is described as “south-west” – along with Liverpool, Campbelltown and Bankstown.

The first state politician to realise the political value of supporting the arts in western Sydney was Neville Wran.

Federally of course it was Whitlam who had the good sense to launch his 1972 election campaign at Blacktown, but Wran listened to the voices of regional Sydney councils as they argued for arts centres, including the west, and reacted accordingly. In the course of his long premiership the arts flourished across the whole state, as did the economy.

The councils that form an arc from the Hawkesbury in the north-west to the Blue Mountains in the west and Campbelltown in the south-west have come together as WSCROC, one of the most efficient lobbying machines ever to front a politician seeking election. Together they cover almost all the marginal electorates that Baird needs to hold in order to keep government, so of course when the west speaks, politicians listen.

Within this group of western Sydney councils there is a stronger alliance of the big three “Regional River Cities” – Parramatta, Penrith and Liverpool. These urban hubs have (under-resourced) hospitals, schools, law courts and the University of Western Sydney.

They are already the home of some of the liveliest cutting-edge cultural centres in the country and have mounted the case for western Sydney in a newly published Deloitte report: Building Western Sydney’s Cultural Arts Economy – a key to Sydney’s success.

A handy map shows that western Sydney has 8,841 square kilometres (the east has 1,620) and while its population is now 2.03 million, by 2031 it is projected to be 2.89 million (the east should be 2.68). The west attracts only 1% of Commonwealth arts funding and 5.5% of the state’s cultural arts, heritage and events funding. Considering the considerable impact of existing arts funding, it is fair to assume that any money sent west will be well spent.

If we could end the social and cultural divide that currently exists between western Sydney and the rest of Sydney, the result would be a culturally richer, more globally connected Sydney.

Sydney’s Museum of Applied Arts and Sciences had its origins in the city’s Great Exhibition of 1879, held at the Garden Palace. Here the wonders of the technological age were displayed. It was so popular that the New South Wales government created a Technological, Industrial and Sanitary Museum, for the edification of all.

The Garden Palace was destroyed by fire in 1882, but in 1893 the Museum of Applied Arts and Sciences opened in Sydney’s Ultimo, in a building next to the Technical College so that apprentices at nearby factories could get some sense of the wonder and beauty of science.

As well as achievements of the early scientific age its collection included costume, jewellery, ceramics, magical music boxes – and that great piece of kitsch, the Strasbourg Clock.

In 1902 the coal-powered Sydney Powerhouse opened, belching its pollution into the lungs of the inner city as it produced electricity for the new tram network. It was a huge ungainly building. When trams were abandoned for buses in 1961, it stood derelict.

In Wran’s time the idea of repurposing old buildings into something cultural instead of demolition had become popular, so there was widespread support for transferring the overcrowded museum into the Powerhouse shell.

There were problems from the start. Despite the hype, the Powerhouse Museum has never really caught the public imagination. Its visitation rates remain disappointing in comparison with those of other landmark institutions such as the Art Gallery of New South Wales and the Australian Museum.

It has seemed more of a 1980s shopping mall than a museum, with tedious endless ramps and too many gimmicks for return visits. The location is just far enough from Central station to make the walk irritating when accompanied by small children.

Yet the actual collection is so very rich. It belongs to the people of New South Wales and deserves to be seen by them. Letting the masses into the storage facility at Castle Hill is not sufficient.

Building a large dedicated museum of Applied Arts and Sciences at Parramatta, on one of Sydney’s central hubs, makes good sense both as policy and as politics.

Joanna Mendelssohn is an Associate Professor in the Faculty of Art & Design at UNSW.

To earn its name, the Art Gallery of NSW should leave the CBD