How much of our natural environment will be artificial in the future? Artist Josh Wodak is applying a new lens to the world of synthetic biology. 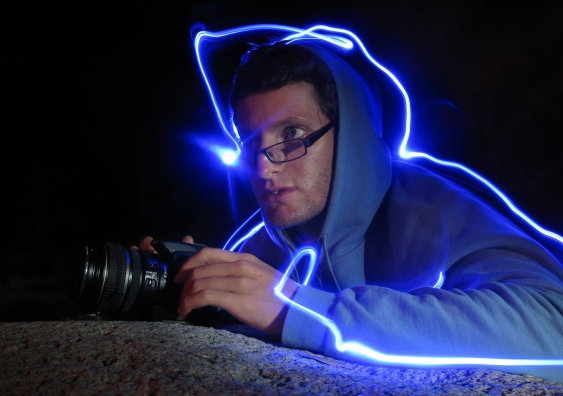 In a big wooden cabinet in Munich’s Deutsches Museum sits a perfectly preserved piece of coral from an Australian tropical reef. Floating in formaldehyde, the organism is frozen in time.

But this is no ordinary coral. It grew out of a coral nursery that produces reefs ‘designed’ by humans, and is arguably more artificial than natural – just like the other objects lining the cabinet shelves.

All have been carefully selected to highlight the way humans have changed the planet, and for Dr Josh Wodak, an associate lecturer with UNSW Art and Design, this segment of artificial reef perfectly represents our bittersweet relationship with the environment.

“It’s not nature anymore – it’s synthetic biology that’s been designed. The coral speaks volumes about what’s going on in the world,” he explains, referring to the Anthropocene, a term used to describe the current epoch, dominated by humans impacting the Earth’s ecosystems in a manner akin to the great forces of nature.

“We created environmental conditions that are detrimental to the coral, and now scientists are attempting to design coral that can tolerate the conditions humans have created,” says Wodak. “The scale of the changes we’re making to the planet are literally unprecedented, both in their extent and their rapidity.”

Wodak’s fragment of coral is now being shown alongside 24 other objects from around the world in a ‘Cabinet of Curiosities’ that sits in the entrance to the Deutsches Museum’s Welcome to the Anthropocene exhibition – the first of its kind in the world.

Coral being grown in a nursery by Coral Restoration Foundation. Image: Coral Morphologic

“The exhibition,” explains Wodak, “explores our relationship both to the material world – the things humans have engineered – and the natural world. Because the Anthropocene hypothesis suggests those distinctions are quickly fading.”

Wodak won a coveted spot in the cabinet after pitching his artificial reef in a poetry-slam competition at the University of Wisconsin-Madison in November last year.

But despite his success in the arts, Wodak’s background is in anthropology and philosophy.

He became involved in the art world during his PhD on environmental ethics, when he looked into how interactive installation art could change the way people think about environmental responsibility.

His research uses a range of artistic mediums to explore the ethical and moral implications of synthetic biology and geo-engineering – and get people thinking about the role they can play in the planet’s future.

“Art can make geo-engineering relatable and interesting to a much wider audience than just scientists and engineers, and with that, public discussions about the ethics of its use can develop,” says Wodak.

Overall, his research is concerned with how art, particularly in the context of museum exhibitions, can open up conversations about the environment that aren’t limited to the science world – he believes that awareness of the Anthropocene needs to be incorporated not just into humanities, but across all fields of society.

He says cultural and research institutions internationally are already leading the way. 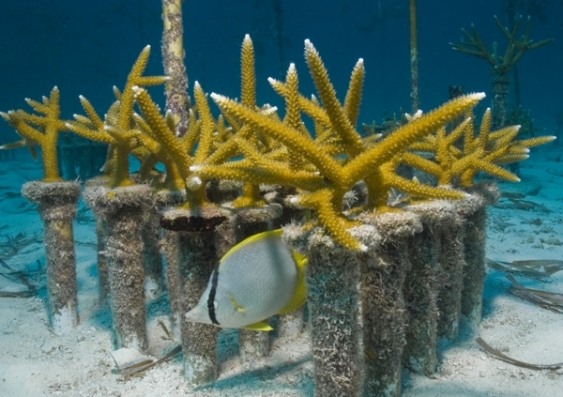 Coral being grown in a nursery by Coral Restoration Foundation. Image: Coral Morphologic

On a trip to Europe last year, he participated in The Anthropocene Curriculum, an intensive nine-day workshop at Haus der Kulturen der Welt in Berlin, involving 100 early-career researchers from across the physical, natural and social sciences, humanities, art and design fields to collaboratively develop university curriculums on the Anthropocene.

As the only Australian participant in this workshop, he’s now bringing these experiences back to develop the subject of the Anthropocene with his students at UNSW Art and Design, and to collaborate with social and ecological researchers, such as Dr Matthew Kearnes and Dr Thom van Dooren from UNSW’s Environmental Humanities program. Last year, Kearnes and Wodak co-convened the first conference in Australia on the ethics of geo-engineering.

“I hope that my work can give the activists and academics in this area another lens to see things with,” Wodak says.