Shock of the new

This year’s COFA ANNUAL exhibition will launch the careers of the next generation of artists and designers. 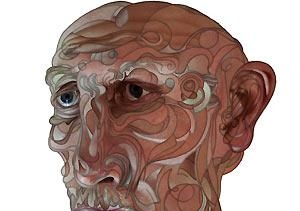 This year’s COFA ANNUAL exhibition will launch the careers of the next generation of artists and designers.

The exhibition, opening at UNSW's Roundhouse on November 24, celebrates the achievements of more than 300 students completing their art, design and media programs in 2012.

Bachelor of Digital Media graduate, Tom Hetherington, is interested in the relationship between the body, mind and universe. He will exhibit his recent work, Second Skin, a series of still images that incorporate photographic and hand-drawn elements.

“The images are of five isolated beings dissecting their physical surroundings and searching for a sense of belonging, with a strong undercurrent of yearning and sorrow,” said Hetherington who also works with video, sound and live projection.

2012 has been highly successful for many COFA graduates. The MCA held a major retrospective of work by Claire Healy and Sean Cordeiro, the Art Gallery of NSW invited Shaun Gladwell to have a solo show, Nigel Milsom won the prestigious Sulman Prize and Fabian Astore won the Blake Prize.