The Tampa incident and post-Cold War culture have provided rich inspiration for an academic-student pairing in the Redlands Art prize. 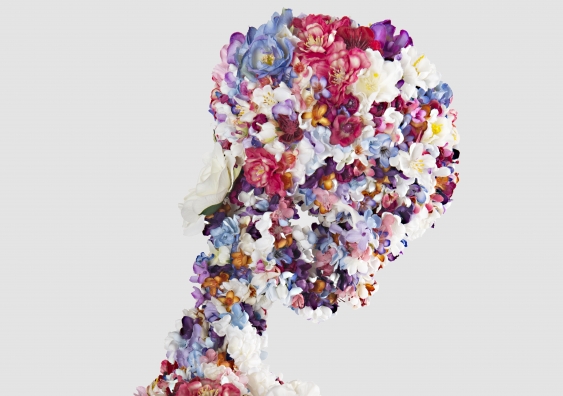 Scientia Professor Dennis Del Favero is one of 21 respected Australian artists selected to The Redlands Konica Minolta Art Prize, which provides the opportunity for finalists to nominate an emerging contemporary artist to participate in the exhibition.

Master of Fine Arts candidate Tanya Dyhin was nominated by Professor Del Favero because of “her poetic and powerful approach to contemporary issues”.

Dyhin said she was “absolutely delighted” to be nominated by Del Favero, whose work has been exhibited in major international museums and galleries, the Sydney Film Festival, Biennale of Architecture Rotterdam and the Biennial of Seville.

“It’s a great honour to be nominated by such an accomplished artist – I feel like I need to pinch myself,” she said.

Dyhin’s work Rebirth explores the feminine aspects of her Ukrainian culture and its impact on her identity.

Rebirth is a 162cm female skeleton covered in synthetic flowers similar to those used in the vinok – a floral wreath integral to the traditional Ukrainian costume.

“I used different coloured flowers to bring out the contours of the bones – I wanted to use a skeleton, such an obvious symbol of death, and transform it into something beautiful,” said Dyhin. “I’m hoping viewers will be reminded of themselves and their own mortality.”

“It struck a chord with me, people banding together so powerfully to drive social change – at the same time my Ukrainian grandfather died so it was a very emotional period.”

The four-minute installation, which combines an original music score with archival audio from the battlefields of Afghanistan, gives a birds-eye view of a violent ocean through a circular, porthole projection. 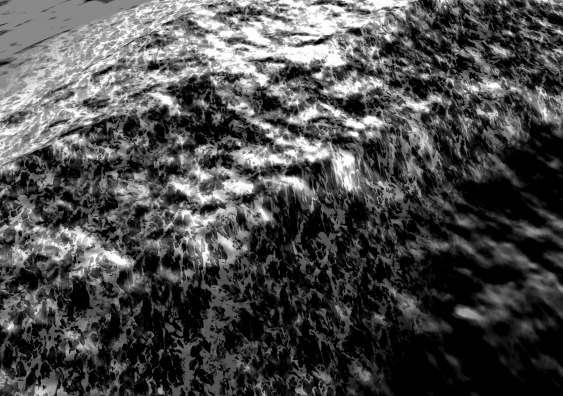 “I’m trying to give viewers a sense of what the refugees would have experienced without being didactic or dogmatic,” said Del Favero, who said the installation is emblematic of the culture of fear Australians are now living in.

“People fleeing persecution are assumed to be guilty until proven innocent. My hope is to change the conversation from questions of legitimate border entry to questions of hospitality.”

The Redlands Prize runs from 26 March–23 May at the National Art School in Darlinghurst, with all works available for purchase except the two winning works.

Virtual intelligent design is a world-first for operatic rehearsals