Opinion What can we learn from 1954's great year in film?

Sixty years have passed since Marlon Brando starred in the 1954 classic On The Waterfront, which marked a year of sheer, concentrated brilliance in international cinema, writes Julian Murphet. 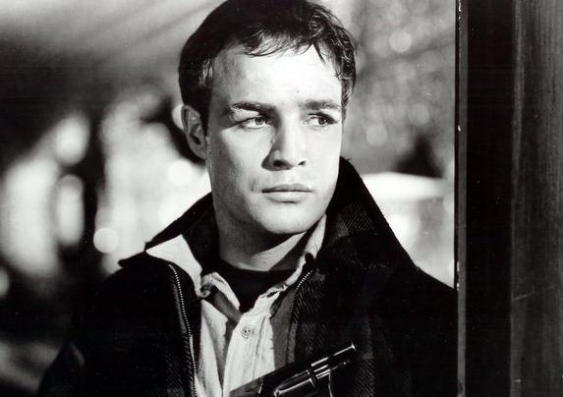 OPINION: Sixty summers have now passed since one of cinema’s greatest anni mirabiles.

The entire decade rears like one long Himalayan chain of artistic eminence, but no year quite matches 1954 for sheer concentrated brilliance. Though I have tended to see it as more of a noble anacrusis to 1955 (fabled year of Carl Dreyer’s Ordet, Charles Laughton’s Night of the Hunter, and Satyajit Ray’s Pather Panchali), it is time to accept 1954 for what it is: the Everest of sound cinema.

In the USA, Elia Kazan offered an embarrassing defence of his cooperation with HUAC, On the Waterfront, which had the one meaningful effect of launching the pouting pugilistic beauty of Marlon Brando to a place beyond all ideological justification. This was a face to rival Garbo’s, and a body without any prior reference point.

Nicholas Ray tried his hand at the Western, but his Johnny Guitar was something like a derangement of all the usual coordinates: a powerful female lead-and-villain duo dictated the terms of the plot, while Sterling Hayden’s guitar-wielding pacifist saluted the upcoming decade with a rock-n-roll swagger that left lasting turbulence in the French New Wave.

Alfred Hitchcock unleashed a twofer: the formulaic but mesmerizing Dial M for Murder showed again what he could do with the constraints of a stage play. But Rear Window tightened those constraints into one of cinema’s most controlled and claustrophobic reflections on itself as a voyeuristic pastime with cancerous ethical consequences.

South of the border, that irrepressible surrealist-in-exile Luis Buñuel churned out three features, each of which bears reconsideration—his take on Robinson Crusoe focused on the salvational social bond with Friday; his Wuthering Heights latched gleefully on to Bronte’s evil genius; while Illusion Travels by Streetcar was a scathing satiric assault on Mexican class society.

But nothing can quite compare, here or anywhere, to the explosion of cinematic brilliance in two nations that had been through extremely painful and compromised industrial reconstructions since the Second World War: Italy and Japan.

Federico Fellini, scriptwriter for Rossellini on Rome, Open City (1945) and now with a couple of apprentice works under his belt, issued his first masterpiece, the incomparable La Strada. The film, described by Fellini as “a dangerous representation of my identity that was undertaken with no precedent whatsoever,” featured an agonizingly beautiful performance from his wife, the great Giulietta Masina, and abstracted a broken Italy into a Beckettian landscape of brutality and loss. Films of such piercing integrity are rare to the point of vanishing.

Visconti delivered the first of his truly operatic masterpieces, my personal favourite of his works, Senso. This lush Technicolor production, pitting desire against patriotism, throbs with a turbid historical hysteria. It announced the full maturation of Visconti’s florid, almost decadent style, violating all the core tenets of Neorealismo, thus opening the door for Pasolini and others.

But the year belonged to Neorealismo’s maestro, Rossellini himself, who, not to be outdone, turned in no fewer than three feature films. Dov’è la libertà… ? was only half his, to be sure, as he walked off set after losing interest in the comedy; and Giovanna d’Arco al rogo, his first film in colour, is something of a folly, an inert recording of his own wife, Ingrid Bergman, in a stage play about the martyred saint.

And none of that matters at all, because 1954 is also the year of Journey to Italy, not just Rossellini’s masterpiece, but a work of art that stands comparison with the masterworks of Picasso and Joyce, one of whose stories it partly adapts. It is a film of love lost, existential drift, and being haunted by a past that wasn’t yours to begin with. It doesn’t give a Vaffanculo if you don’t like its disaffected tone or tacked on resolution. It wounds with stiletto thrusts so fine, you never feel them until you’ve already been gutted.

In Japan, things were perhaps more extraordinary still. The Young Turk Kurosawa, now a decade in to his remarkable career and with at least two masterpieces to his name — Rashomon (1950) and Ikiru (1952) — delivered a martial epic like no other. Seven Samurai is by turns deadly serious, magnificently kinetic, touchingly gentle, and (thanks to Mifune’s star turn) outright hilarious. It manages the impossible feat of saying something profound about mercenary culture whilst honestly depicting the full life of a community. It is the best war film ever made.

The melancholy master Mikio Naruse’s Sound of the Mountain and Late Chrysanthemums both appeared in 1954, and stand as sober testaments to what is best in his art: unflinching criticism of the ways of patriarchy, an attraction to moral darkness, and exquisite moments of dramatic catharsis.

But how can one even begin to comprehend the fact that the greatest of them all, Kenji Mizoguchi, a bare year after his haunting masterpiece Ugetsu, and only two since The Life of Oharu, returned with, not one, not two, but three features?

The Woman in the Rumor is typical hard-hitting Mizoguchi, who shared with Naruse a profound concern for the fate of women, and the spent lives of geishas in particular. That it came out in virtual tandem with Chimamatsu monogatari, the master’s great tale of persecuted love in 17th century Kyoto, makes 1954 already a peak of creative intensity in this long and matchless filmmaking career.

Again, however, it beggars belief that on top of these two powerful works, Mizoguchi released his peerless masterpiece, Sansho the Bailiff. This is cinema at a sublime pitch of artistic integrity and concentrated ethical power. The film’s harrowing portrayal of slavery, of lives laid waste by a ruling class focused only on profits, and of music as a transcendent aesthetic protest against oceans of pain, mark it out as perhaps Japan’s most perfect work of twentieth-century art.

Now pause, and consider. Reflect on the odds of a single 365-day cycle accommodating such a profusion of magnificence. Run your eyes again over this list; look on these works, o mortal, and despair!

Well may we ask what productions of this year will be remembered, let alone eulogised, 60 years hence. What can 2014 learn from 1954, positioned as it is exactly half way between cinema’s fairground origins and our present morass?

First, large amounts of money and a complex technical apparatus do not a great film make. The mid-1950s witnessed such a dizzying number of superlative films, not thanks to special effects and star power, but because serious artists were given the requisite means to make pictures that aspired to something better than spectacle. Cinema was embraced as a medium for artistic presentation.

Second, if Rossellini, Mizoguchi, and Buñuel made three films apiece in a single year, on the backs of comparable numbers the years before and after, that means that production itself was relatively cheap and unfettered. Artists were experimenting, and had permission to fail. The point was not to show astronomical profits, but to make an indelible impression on the world mind, to shape a generation’s vision of itself. That alone was considered a good investment.

Third, the reason why these great films are still remembered today is that film critics had risen with them to the occasion. They spilled gallons of ink making sure that serious films were afforded a comparably serious discourse. Interpretations, debates, refinements of views, recantations: film culture in the 1950s was such that no film was truly complete without its bountifully intelligent critical reception. That effort ensured the longevity and depth of impact of films that might otherwise have gone with the wind.

What of this applies today? The rise of the money men, and the gutting of funds for more experimental and cerebral films, has led to a collapse in aesthetic standards. Artists are, on pain of financial blacklisting, not permitted to fail. And the public discourse on film is, by and large, a submissive stroking of the corporate shaft.

Cinema’s Everest, 1954, restores to view a world now lost, but which lives on, undead, in the dancing shadows of film. It is a world brimming with promise, vision, passion, conviction, and rare audacity. We need a transfusion. Everyone, to your DVD players!

Julian Murphet is a professor of Modern Film and Literature and Director of the Centre for Modernism Studies, UNSW.