What would Utzon do now?

Some of the world’s most respected architects and researchers in design and sustainability will speak at a major international symposium, co-hosted by UNSW, at the Sydney Opera House. 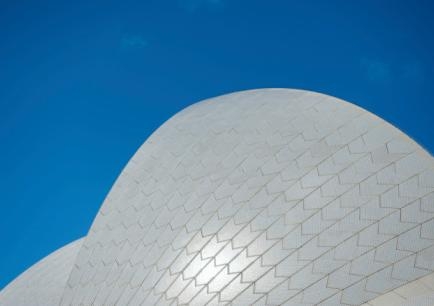 Some of the world’s most respected architects and researchers in design and sustainability will be among those attending a major international symposium titled “What would Utzon do now?”

The Symposium, co-hosted by UNSW at the Sydney Opera House, will explore advances in the design, delivery and management of architecture and the broader urban environment.

Utzon is best known for his public architecture, most notably, the Sydney Opera House, as well as Bagsværd Church in Denmark, the Kuwait National Assembly and the Meli Bank in Tehran.

“It is appropriate that the debate around Utzon should return to the location of his most significant yet controversial creation, 40 years after its completion,” says the Dean of UNSW’s Faculty of Built Environment, Professor Alec Tzannes, who is the event convenor and a leading architect.

“While the inspiration of his legacy is important, it is also important to debate the role of cultural production in urban environments,” says Professor Tzannes.

Professor Chakrabarti will also present a public lecture at UNSW ahead of the event, “A Country of Cities – Building Hyperdensity and Civic Delight”.

What:   The Fourth International Utzon Symposium (7-9 March) and the public lecture (5 March)

The event is a collaboration between UNSW Built Environment, the Jørn Utzon Research Centre, the University of Portsmouth and Aalborg University, Denmark.

Multiculturalism and climate change in the future city

Developing skills for a sustainable future