Opinion Why does art matter?

The challenge for art and design schools is to prepare students for a world that does not yet exist and for jobs that have not yet been created, writes Ross Harley. 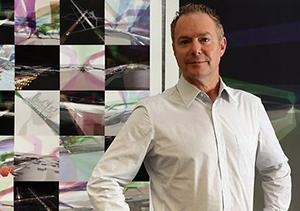 OPINION: To be a great art and design school in the 21st century we need to prepare students for a world that does not yet exist and for jobs that have not yet been created in industries that are still emerging.

This challenge is not as insurmountable as it might seem.

If we look back through history, what all the great civilisations and cultures have in common is the success of their art and design, as seen through the artefacts they have left behind. Whether it is the Egyptians our own indigenous population, or the Italians of the Renaissance period we tend to equate the success of a culture and society with the degree to which it was able to express itself creatively and critically through its art and design.

The 21st century is rapidly changing as a result of advancements in science and technology. Art offers us a way to reflect on and understand our world, on the one hand, and to participate in building and creating our world, on the other. So it follows that great art and design of the 21st century will not only critique what it means to live in a technology-dependant world but will work at the human interface with science and technology. Art and design enable connections that may have otherwise been difficult to forge in ways that may otherwise have been overlooked.

In the 20th Century, the rise of science and technology – or more accurately the STEM sector (Science, Technology, Engineering and Mathematics) was characterised by its distinct disconnection from art and design. Function came first, and form followed function.

Today, we need to find ways in which creative artists and designers can work with engineers and computer scientists and technologists. Design in this context is not about the packaging, it’s about how things feel, what they mean and how they shape the “user experience”.

Google is another massive company of the STEM era which is now employing interdisciplinary teams to find new ways of understanding what they are doing at the human interface. They often look for the “X Factor” in their employees, and find that art and design training can provide an edge.

The iPod, for example, wasn’t necessarily the first or the best MP3 player. What Apple did was think about how people listen to music and how they engage with a personal music player in order to come up with a compelling and easy to use device. Their marriage of art and design and technology has created objects of desire that connect with a human need for tactility, beauty and even sensuousness.

When you add in the instant, global connectivity of digital communication and imaging tools, the creative and collaborative possibilities are virtually limitless. At UNSW, for example, we have been developing very sophisticated visualisation technology over a number of years, including a 360 degree immersive cinema. Our iCinema (the result of strategic research collaboration between engineering, science, art and design) can be used to train people in mine rescue, to recreate historical worlds, to engage audiences with interactive animations or to make immersive art, outcomes previously beyond our imaginations. Likewise, a new creative robotics lab is investigating what it means to put robots into human contexts; a future no longer confined to science fiction.

It was less than 20 years ago that the first International Symposium on Electronic Art was held, at a time when digital electronic art was something of a novelty. It is a measure of the pace of change that digital electronic art today is ubiquitous, seeping into every corner of our daily lives. Sydney is hosting the next international event in June (ISEA2013), alongside Vivid Sydney, best known for using the extraordinary advances in lighting technology to turn the sail of the opera house into a massive night time canvas.

How then does STEM change the way we teach art and design? In many ways, art and design continue to fulfil the same creative and critical purpose in societies, but our tools and our canvases have been transformed, and have multiplied, beyond recognition. We used to separate art and design into disciplines such as painting, photography, textiles or sculpture. Each is still very important, but all now intersect with each other and engage with a broad range of disciplines, technologies and media.

The great art and design schools of the 21st century now say that we need to engage with STEM on equal terms. Art and design are not the icing on the cake or the gift wrapping that makes things look pretty. Creativity is fundamental to the way in which science and technology relates to our society and fits in with the environment in which we live.

To say we are preparing students for a world which does not yet exist is not the same as saying we are sending them out into the great unknown.

More than anything else, we know they will need a wide range of transferrable skills. They will need the ability to communicate in creative and unconventional ways, to know what it means to be truly original and to generate new ideas and new ways of understanding.

Of course, many art and design graduates of the 21st century will go onto work in galleries and design houses and in companies that produce all kinds of media arts. Others will end up in small to medium enterprises, or medical or law firms in interdisciplinary communication teams using creativity to engage with a myriad of different stakeholders. Art and design provides graduates with the ability to engage in truly collaborative endeavours. The notion of the artist as a sole inventor living alone in a garret waiting to be inspired is well and truly an image of the past.

Ultimately, as art and design educators and researchers of the 21st century we’d like to see a new letter in STEM, A for Art. As many around the world are now saying (most recently moonwalker Buzz Aldrin) that would make STEAM, with all the expansive energy that suggests.

Professor Ross Harley is dean of UNSW’s College of Fine Arts and co-chair of ISEA2013. The International Symposium on Electronic Art will be held at various venues around Sydney, including COFA, from June 7.